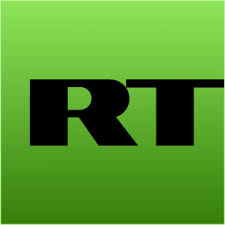 RT, also known as Russia Today (that’s not entirely accurate anymore, but it’s a long story), is the English-language Russian media Goliath which has a lot to boast about, writes James Miller in his article for The Interpreter.

A 2012 Pew Research poll found that RT had the most Youtube videos of any news agency on the planet. The Kremlin-operated agency is now available to more than 86 million cable subscribers in the United States alone, and boasts over 1 million Facebook “likes,” adding to its more than one billion Youtube channel views and more than one million Youtube subscribers. While it’s easy to dismiss the channel as a propaganda outlet (it is) with no real credibility, the fact is that it appeals to wide segments of the populace spanning both the East and the West. In countries with democratic systems that are already bitterly divided over politics and policy, influencing just a small part of the populace could be enough to tip the scales and change the course of geopolitics.

It is curious, then, that The Interpreter – a magazine which is barely a year old (RT was established in 2005), has an extremely small staff (RT has over 2,000 staffers), and runs on a tight budget (donate here because, in contrast, RT is given more than $300 million each year by the Kremlin) — should increasingly come under attack by some of the network’s staff members and television guests. In recent weeks, we’ve been attacked on Twitter by one of their senior political correspondents and host of In the Now, Anissa Naouai. We’ve been showered by a sea of tweets, part of a personal tirade from one of their freelancers, Graham Phillips, who spent a lot of time insulting us (and me personally, for my looks mostly, some of which he has deleted) over the last week or so. Phillips went on to write what amounts to nothing more than a series of ad hominem attacks against us on his personal blog.

Yesterday, one of RT’s guests, Bryan MacDonald, who is identified as a journalist in the segment though there’s no evidence of where he has worked, went on RT to discuss journalists who were killed in Ukraine. The claims and insinuations in the segment range from one-sided to spurious, but the segment culminates in a general discussion of the media coverage of Ukraine. MacDonald, who has specifically complained about us before on Twitter and on Storyful’s Open Newsroom (where he is no longer a member, he says voluntarily, and all his posts have been deleted) criticizes the media narrative and finishes by directly criticizing The Interpreter, mentioning me and our editor-in-chief Michael Weiss by name. According to MacDonald, our work is simply PR which is being cited by the media as independent reporting. Host Anissa Naouai, a frequent critic of this magazine, ends the segment by saying that this was all “very dangerous.”

First we should say that upon reviewing criticisms of our work by Naouai, MacDonald, Graham Phillips and others associated with RT, we have yet to find a single factual error, and we have found no cause to change any of our stories because of these complaints. In fact, so far they have not even argued that any details which we have reported, specifically, are wrong (with an exception we’ll discuss in a moment). Nor have we deleted any tweets as a direct response to criticism coming from any of these sources. We often correct errors, which is the responsible thing for journalists to do, but as no specific report that we posted has ever been questioned, save one, we have no reason to change our work.

Interestingly, the same cannot be said for RT. In January RT posted fake pictures reportedly taken in Adra, Syria. Not only did The Interpreter‘s point out these errors, but other professional journalists in the Open Newsroom pointed out problems with RT’s reporting to RT editor Ivor Crotty days before we published our article. But Crotty took no action until several days after The Interpreter ran our story. Crotty then complained that we had taken his public comments out of context, but RT eventually retracted parts of their story as a direct result of this incident, which you can read about here.

So if RT, RT’s staff, and RT’s guests have yet to point out anything we have reported which is wrong, why have they suddenly decided that we should be a target of such vocal criticism?

In short, because The Interpreter has become a serious threat to not only the Russian government’s narrative but specifically to RT’s reputation.

Tripped up by their own narrative

As I’ve mentioned, there was one specific issue that we have written about which a member of RT’s staff took issue with. Graham Phillips, the RT freelancer who got his start with the network while in Ukraine, says that he was shot at by Ukrainian soldiers. As we have pointed out, however, the video that Phillips posted clearly shows that he ran into a trip wire, which in turn set off a proximity alarm that consisted of a flare and whistle. In fact, as we show, the trip wire is actually visible after Phillips has sprung it. To our knowledge we were the first to publish this report. Soon after RT itself changed their headlines to reflect that Phillips was not shot at but had triggered a tripwire. While we are not saying that our work caused RT to change their article in this instance, The Interpreter has immortalized in the search results the fact that Phillips’ own network could not cover for his misrepresentation of the facts in this instance.

So it’s little surprise that Phillips, and MacDonald who has publicly defended Phillips on RT before, and RT’s editorial staff, now see The Interpreter as a challenge to their narrative. And while we are funded by The Institute of Modern Russia, a registered 501(c)(3) organization whose finances are publicly available, and the Herzen Foundation, registered UK charity with a similarly transparent revenue stream, the identity, motivations and livelihoods of those who are identified as RT’s “experts” are often far less clear. As such, I’d expect RT to complain much more in the immediate future.

In our Watching Russia column, we have been writing analysis of RT’s media coverage. We’ve been focusing on the guests who appear on RT as experts. Who are these people, what is their expertise, and do they have any facts to support their arguments? With each article we have discovered that many guests have little expertise and champion conspiracy theories that are not supported by the facts.

In one article we point out that Karen Hudes, whom RT calls the “World Bank whisteblower,” has never presented any evidence of the fraud that she reports. And the economic collapse that she has predicted for years has never happened. Instead, Hudes has spent much of her life explaining that the Pope is really a part of a species of  cone heads that helps rule the world. Manuel Ochsenreiter, a guest who often represents the German point of view on RT, is actually the editor of a neo-Nazi magazine — something which is problematic as RT used Ochsenreiter to defend Russia’s invasion of Crimea, an invasion which the Kremlin said was done to defend the peninsula against neo-Nazis. The column has similarly discussed more than ten different members of RT’s propaganda machine, exposing their conspiracy theories, distortions, and lack of facts, and pointing out that RT often gives these guests a different title each time they appear, assigning non-existent expertise to back up whatever anti-Western theory RT wishes to propagate on any given day.

In all likelihood, however, RT’s problem with The Interpreter is not that we’ve been exposing the flaws in their coverage. Their problem is that we’re actually gumming up their propaganda campaign because when one does an online search to learn more about their guests, The Interpreter, not RT, is often the first search result.

Take this Google result of a search for Karen Hudes, the “cone head” conspiracy theorist. While RT’s videos show up first, The Interpreter is the first article in the results:

Searching for RT guest Ryan Dawson comes up with even more extreme results. The man, whom RT describes at one point as a “human rights activist,” and at another as a “political blogger,” and at another as a “journalist specializing in Asian affairs,” is really a Holocaust denier who routinely blogs about anti-Semitic ideas. Dawson is associated with a man who is actually convicted of a hate crime for assaulting Nobel Peace Prize winner and Holocaust survivor Elie Wiesel. When one searches for Dawson now, one finds that not only is The Interpreter the first result, but every single result on the front page of Google’s results, except RT’s two videos, are all references to The Interpreter‘s article:

Similarly, a Google search for RT’s Manuel Ochsenreiter reveals that not only is The Interpreter the first result, above both RT and Ochsenreiter’s own blog, but the International Business Times and Yahoo News have also written articles on Ochsenreiter, citing our article as having “exposed” the RT expert as a neo-Nazi. Since our coverage of Ukraine and Russia has garnered lots international attention, and has been cited by Western journalists and officials,  The Interpreter is now a threat to RT’s search-engine optimization (SEO). While RT may have many millions of viewers, many of them are clearly partisan already and so RT will have a negligible impact as far as informing their role in the public debate is concerned. The readers and viewers who are are less partisan and are curious enough to do a little research will find that RT is not really telling the whole part of the story, and articles like those which we have published are the reason.

The media landscape is far too polite at this current junction to call RT out for most of its lies and distortions. This is unfortunate since RT’s main narrative is that the rest of the media is hiding or distorting the truth. By picking away little parts of RT’s narrative, at least for now we have exposed holes in RT’s armor — and now it looks like they’ve begun to take that threat seriously.

By James Miller for The Interpreter.