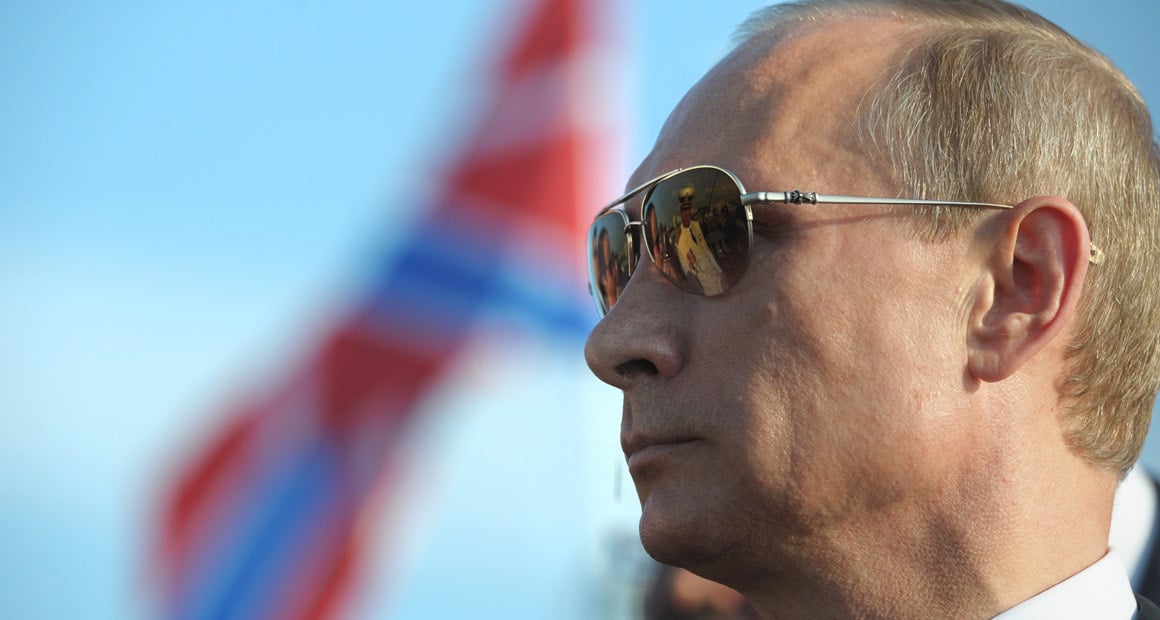 Ukraine, Russia and the Big Lie

Anyone who wants to understand the current Russian position on Ukraine would do well to begin with George Orwell’s classic, 1984. The connections go deeper than the adjective “Orwellian”: the structure and the wisdom of the book are guides, often frighteningly precise ones, to current events.

The easiest way to begin, in light of the now entirely open Russian invasion of Ukraine, is with “War is Peace,” one of the slogans of the imagined empire in Orwell’s tale. After all, every attempt thus far at negotiation and cease-fire has been accompanied by a Russian escalation, to the point where we can be certain that this is not a coincidence. If Russian President Vladimir Putin meets with other leaders, we must simply expect that this is cover for the latest outrage, as with the entrance of Russian troops, armor and artillery during the recent talks in Minsk.

But we need to dig a bit deeper into the plot for the three concepts needed to understand this very strange war, in which Putin has radicalized Russian politics, destroyed a European peace order, challenged Europeans’ assumptions about their entire future — and even threatened nuclear war. Every reason proffered to explain a war that is pointless to the point of nihilism is obviously bogus or self-contradictory or both. To grasp this horrible event in which people are killing and dying for no discernible reason, we need to remember some key concepts from Orwell: Eurasia, doublethink and learning to love Big Brother.

In Orwell’s 1984, one of the world powers is called Eurasia. Interestingly enough, Eurasia is the name of Russia’s major foreign policy doctrine. In Orwell’s dystopia, Eurasia is a repressive, warmongering state that “comprises the whole of the northern part of the European and Asiatic land-mass, from Portugal to the Bering Strait.” In Russian foreign policy, Eurasia is a plan for the integration of all the lands from—you guessed it—Portugal to the Bering Strait. Orwell’s Eurasia practices “neo-Bolshevism”; Russia’s leading Eurasian theorist once called himself a “national Bolshevik.” This man, the influential Alexander Dugin, has long advocated that the Ukrainian state be destroyed, and has very recently proposed that Russia exterminate Ukrainians.

Orwell can help us understand what is happening to us as if we make a good-faith effort to use Russian media official sources to try to understand the world. Russian propaganda about Ukraine is today’s doublethink: it requires that people, as Orwell put it, “hold simultaneously two opinions which cancelled out, knowing them to be contradictory and believing both of them.” Russian propaganda daily pounds out two sides to every story, both of which are false, and each of which contradicts the other. Consider the propositions in italics below, all of which should by now, after eight months of repetition, sound familiar.

One the one hand, Russia must invade Ukraine because the Ukrainian state is repressive. (In fact, Ukraine is a democracy with free expression and is in every respect a freer country than Russia.) On the other hand, Russia must intervene because the Ukrainian state does not exist. (In fact, it is just as functional as the Russian state, except in the problematic spheres of war, intelligence and propaganda.)

Timothy Snyder is Housum professor of History at Yale University and the author of Bloodlands: Europe Between Hitler and Stalin.