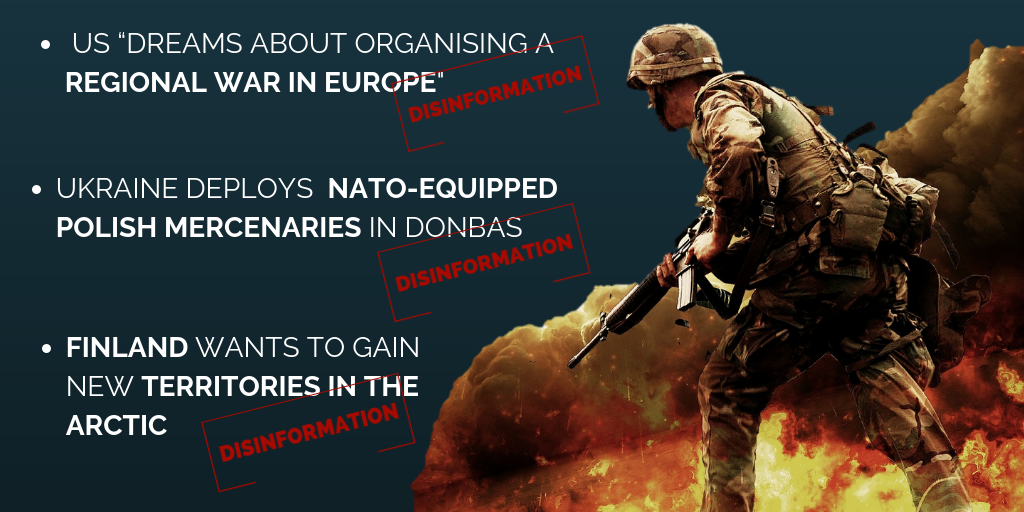 Western military exercises are an obvious target for the pro-Kremlin disinformation campaign that aims to undermine the public’s trust in EU countries, NATO and the West in general.

Recently the Ukrainian-hosted “Clear Sky 2018” – a 12-day joint multinational military exercise – concluded. And NATO’s Trident Juncture 18, one of the largest military exercises ever held in Norway, was launched on Thursday. The disinformation about these events had been well prepared and tailored for different audiences well in advance.

Let us go through some of the most frequent narratives and techniques pro-Kremlin disinformation uses when spreading disinformation about military exercises in the West.

1. They’ll claim that these military exercises mean preparation for war against Russia. This week, Russian TV started with claims that the Clear Sky 2018 exercise serves as evidence that the US “dreams about organising a regional war in Europe”. And it continued with the usual disinformation about Ukraine being a vassal country and a US colony, as well as disinformation about Ukraine launching a revanchist offensive ahead of the March presidential elections, deploying NATO-equipped Polish mercenaries in Donbas, and killing Russians without consequences in line with US permission. Completing the defamation were claims that Satanist Ukraine is a dictatorship. To set the record straight, please see the links to our database to read the facts.

2. They’ll claim that participating in a military exercise equates to having territorial claims. One of the outlets claimed that while Finland cooperates closely with NATO and takes part in the Trident Juncture 18, the secret motive for cooperation is aggression: the thirst to gain new territories in the Arctic. Actually the objective of Finland’s arctic policy is to strengthen multilateral Arctic cooperation. It does not include any desire for imperialistic expansion. Earlier, we have seen how the attempts to create an image of NATO as an aggressive military power have led pro-Kremlin disinformation to claim that NATO was deploying thousands of tanks in Europe instead of dozens as it in fact did. 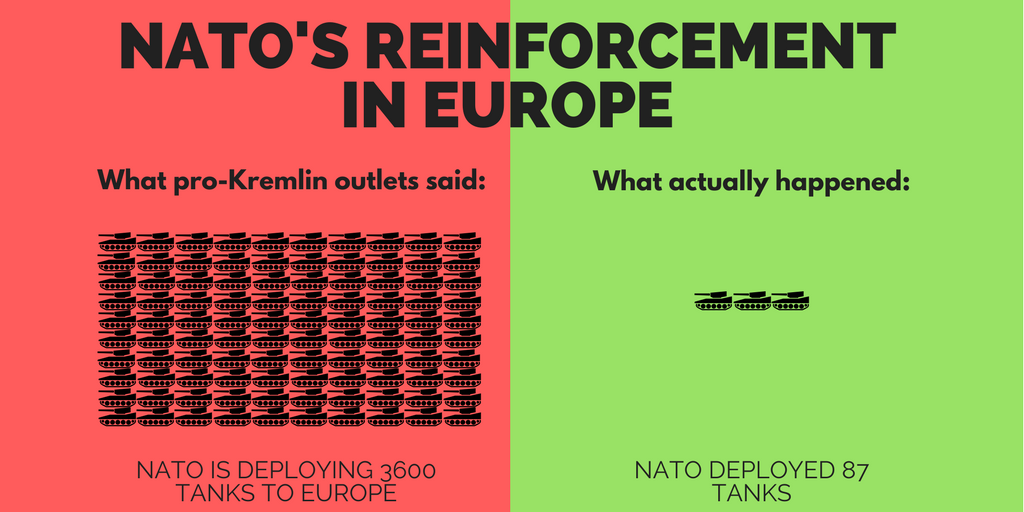 3. They’ll aims to provoke distrust and tensions among the local people who live in the area where the exercise is conducted. Here we have earlier heard the whole spectrum of lies: claims that a child was killed during a NATO exercise in Lithuania, that only prostitutes profit from NATO exercises and that NATO’s commanders are likely to test new techniques by subjecting Russian-speaking individuals to new physical, biological and other methods aimed at altering human psyche and behaviour. For the history of these conspiracies see our reporting and the database of disinformation messages.

And talking about what was trending on the conspiracy production line of the pro-Kremlin disinformation machinery this week, one disinformation-oriented outlet in Georgia puts a lot of effort into trying to convince its audience that the West is about to introduce necrophilia and zoophilia in Georgia. This time, it spread unsubstantiated claims from the St. Petersburg troll factory outlet Riafan about a goat raped by a migrant in Bulgaria. Earlier, it has spread similar stories about the rapes of an alligator, a mummy – and even a wax figure. Often these stories originate in satirical and humorous websites but are then portrayed as real events by the outlet in question. For further background see Myth Detector’s report. 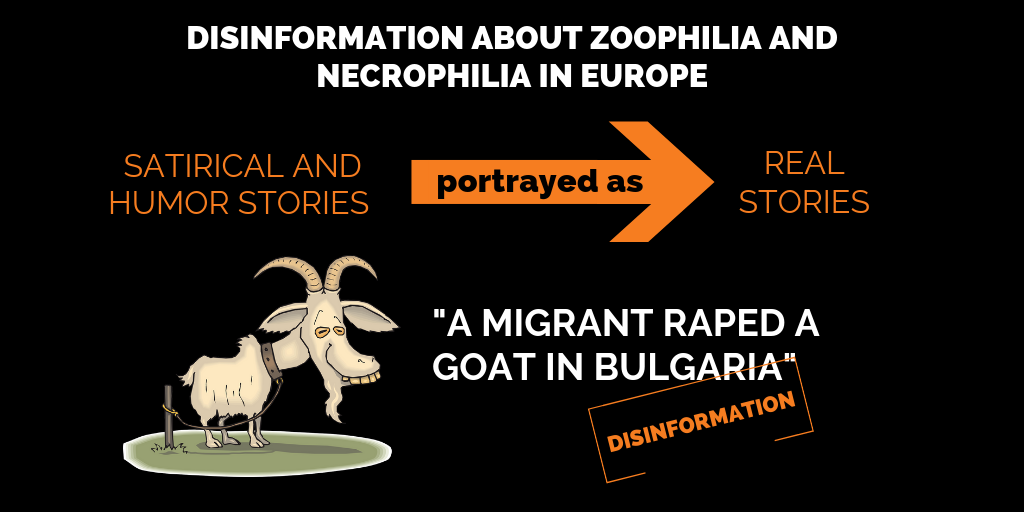 Update: Previous version of the article stated that exercise Trident Juncture 18 was launched on Wednesday, when in fact it was Thursday October 25.