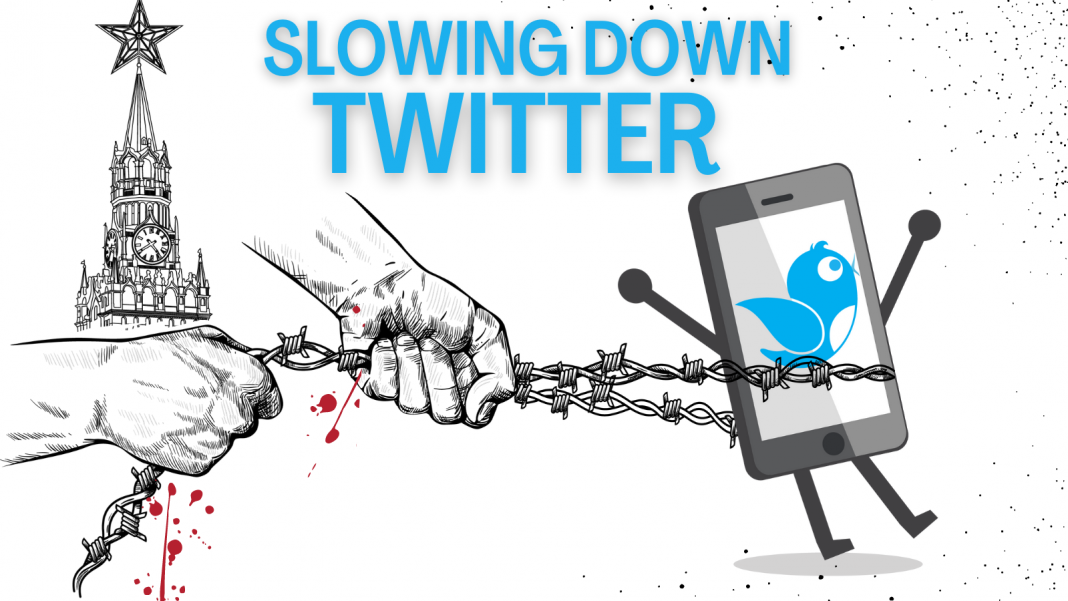 By Tanya Lokot, for Global Voices

The microblogging service Twitter could be fully blocked in Russia within the next month, according to Russian state media and internet regulator Roskomnadzor.

The regulator said on March 16 that the platform continues to ignore its demands to remove allegedly illegal content. If the offending posts remain online, Roskomnadzor indicated it is prepared to fully block the service, making it inaccessible for users in Russia.

Vadim Subbotin, Roskomnadzor’s deputy head, told the state news agency TASS that they would take a month to “watch Twitter’s reaction to the issue of removing banned information” and would then “make decisions accordingly,” depending on the company’s response:

If Twitter does not satisfy the demands of Roskomnadzor, and the requirements of Russian legislation, we will, accordingly, consider the question of fully blocking the service on Russian territory.

At the time, Roskomnadzor defended the move as the first warning after multiple requests to take down offensive content, which Twitter is said to have ignored. The platform was also recently issued a fine for failing to remove “calls for participation in unsanctioned mass rallies aimed at minors,” which it has yet to react to.

Ironically, digital rights experts point out that a wholesale block of Twitter would likely be easier to implement in Russia than effective throttling of access speeds. Vladislav Zdolnikov, who runs the Telegram channel “IT and SORM,” thinks that Twitter is a fairly safe platform for the state to block as “it has relatively few users in Russia” and could serve as “a scarecrow for Google” and others without causing much public outrage:

Twitter will be blocked within 15 minutes of a decision being made about this. They didn’t manage to block Telegram not because [Roskomnadzor] is hapless, but because [Telegram] committed a lot of resources–financial ones and unique skills.
Blocking a website is not that complicated. If an app isn’t counteracting the blocks, it will also be blocked.

Other commentators, however, remain skeptical that internet giants such as Google could face similar threats, as they are too important to the RuNet ecosystem. Mariëlle Wijermars, a Dutch researcher studying cybersecurity and digital rights in Russia, thinks that Google’s many services, including YouTube, are “too deeply ingrained” in the country’s digital economy:

This post is part of RuNet Echo, a Global Voices project to interpret the Russian language internet.

This post is part of Advox, a Global Voices project dedicated to protecting freedom of expression online.