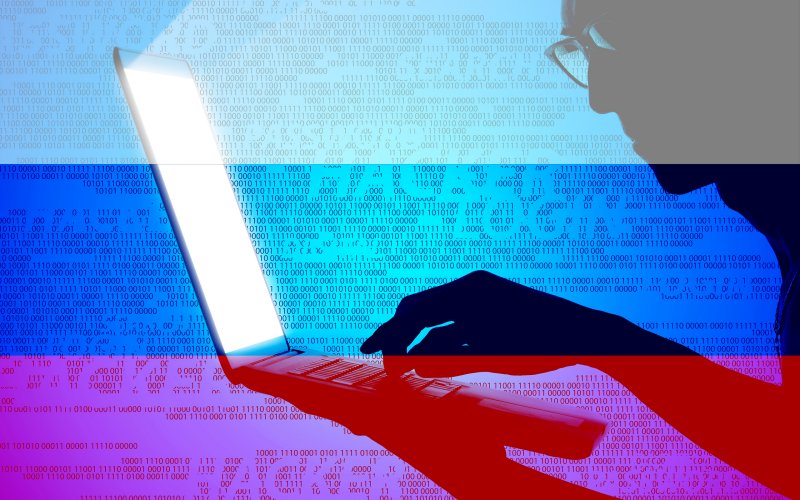 He hacks Russian ministries and CCTV cameras in rebel areas, but Eugene Dokunin and his team are up against a horde of Russian trolls.
KIEV — Despite the ceasefire announced for eastern Ukraine last weekend (which already appears to have fallen apart), Eugene Dokunin, the self-titled Chief Commander of the Ukrainian Cyber Army, is gearing up for a major offensive. His team is working on an ambitious plan, codenamed “Apocalypse,” to shut down the Internet in the Crimea and other Russian-dominated cities. “We’ll attack at night and block their Wi-Fi routers; that’ll send a message to Mr. Putin!” he chuckles, gesticulating wildly to emphasize his point.

The feisty 31-year-old Dokukin, a former web security consultant who quit his job last August to wage a 24/7 cyber war against the pro-Russian separatists, compares himself, improbably, to Joan of Arc. Like her, he says, he’s a lone wolf waging a furious battle against the thousands of paid hackers and trolls in Russia.

“The Ukrainian government hasn’t invested a cent in cyber warfare, even though this is also an information war,” he complains.

Working on his own dime and with a core group of volunteers, his Cyber Army has notched quite an impressive string of victories against the pro-Russian separatists. They have managed to block more than 170 PayPal and other online accounts of separatists and say they have frozen almost $3 million in cash. They targeted printers in the separatist regions and had them spew out documents glorifying Ukraine or repeating the curse “Putin is a Dick” that is now chanted by football fans across Ukraine.

Dokukin also hacked the servers of the Russian Ministry of the Interior, and unearthed documents with precise details of monies paid out to separatist fighters in the East.  That information was passed along to the Ukrainian government to help buttress its argument about direct Russian involvement in the conflict.

Meanwhile, Dokunin’s group has also taken over 200 CCTV cameras in the Donetsk and Luhansk regions, which are now monitored by his group of volunteers for signs of enemy troop movements, and evidence of Russian soldiers fighting alongside the separatists.

“We compare images of fighters from our CCTV cameras with those from Russian social networking sites to identity the soldiers,” he explains.

Despite his heroic efforts, however, Dokukin admits that his understaffed Cyber Army is no match for the well-paid hackers and trolls under the Kremlin’s wing who comment so profusely on various sites that they’re able to influence public opinion in Europe and elsewhere.

The Kremlin hackers also attack Ukrainian sites with relative ease and post false news to mislead the public. As an example, Dokunin explained how Russians had attacked the site of the Ukrainian National Guard just hours after the ceasefire went into effect on midnight February 14 and posted a news item claiming that the Right Sector leader vowed to continue its attack on the besieged town of Debaltseve despite the ceasefire. This news item was then picked up by pro-Kremlin news sites like Russia Today as evidence of Ukraine breaking the terms of the ceasefire.

Dokukin shrugs his shoulders, and sighs loudly. “There are just a few of us, against thousands of them.”

(On Wednesday morning the pro-Russian rebels announced they had taken control of the Debaltseve rail hub.)

As the interview progresses, Dokukin admits that he fears for his life after his home address was published on some pro-Russian sites. He says that various people with fake profiles or pictures of American celebrities or supermodels contact him on Facebook or Twitter requesting a meeting. He’s usually able to spot an operative from the Russian FSB intelligence operations and turns down a personal meeting. Still, he’s never sure that somebody won’t come knocking on his door.

Dokukin says his health has been failing from the strain of carrying out his lonely cyber crusade. Although he sends information to the government, he’s not on its payroll, and his financial situation is more precarious by the day.

“I might have to go back to working half-time on computer security soon, although that would compromise my cyber warfare,” he admits.

While I’m standing on the street having a few last words before Dokunin heads for the metro, he turns thoughtful.

“I compared myself to Joan of Arc, but I hope that I don’t have a violent end as she did.” He laughs nervously. “There’s still so much to be done. This war is only just beginning.”

By Vijai Maheshwari, The Daily Beast