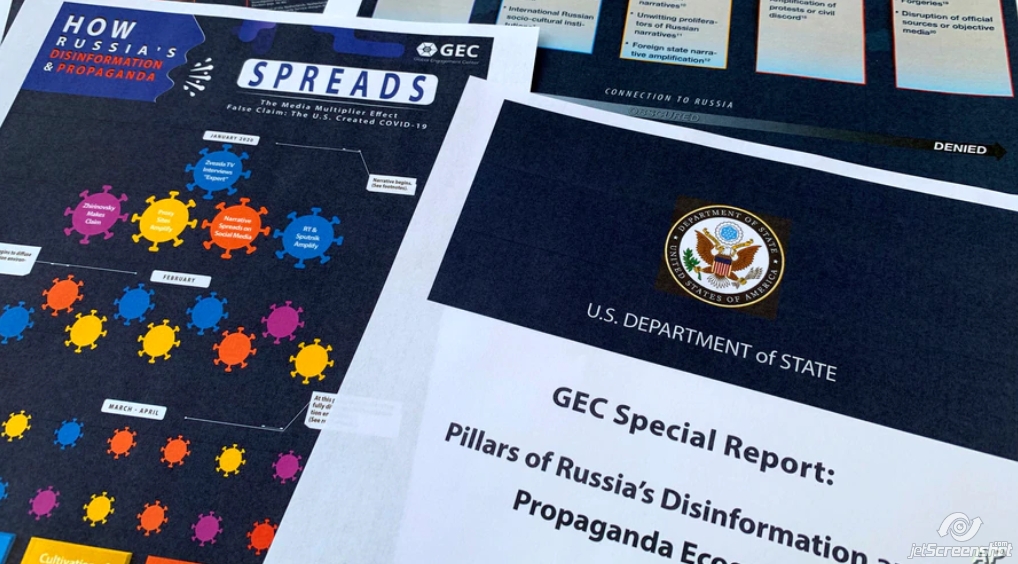 By Nike Ching, for VoA News

The United States exposed Russia’s tactics of using a combination of “official, proxy, and unattributed communication channels and platforms” to create and amplify false narratives, in a report published on Wednesday.

“Beijing has also taken a page from Russia’s playbook, leveraging conspiracy websites and proxy channels to push disinformation and propaganda with the goal of undermining democratic norms and institutions,” Lea Gabrielle, special envoy and coordinator of the GEC, said during a phone briefing.

The threat of both China’s and Russia’s disinformation is real and it’s dangerous,” she added.

The report comes as the U.S. is offering a reward of up to $10 million for information leading to the identification or location of any person who works with or for a foreign government for the purpose of interfering with U.S. elections through certain illegal cyber activities.

“The U.S. government will not tolerate foreign interference in our elections,” Gabrielle told VOA. “The GEC works with our partners worldwide who share information on election interference and the tactics that they’ve seen used by Russia and others.”

Seven Kremlin-aligned disinformation proxy sites and organizations, including the Strategic Culture Foundation website and the Katehon think tank, were also profiled in GEC’s report. Those proxies amplified narratives critical of the U.S. while embracing Russian positions, particularly in relation to the COVID-19 outbreak.

The report said Russia’s general aims are “questioning the value of democratic institutions” and “weakening the international credibility and international cohesion of the United States and its allies and partners.”

But a counterdisinformation community made up of governments, civil society, academia, the press, the private sector and citizens is pushing back, the State Department said.

Senior Russian officials and pro-Russian media have sought to capitalize on the fear and confusion surrounding the COVID-19 pandemic by actively promulgating conspiracy theories, the report said.

By Nike Ching, for VoA News