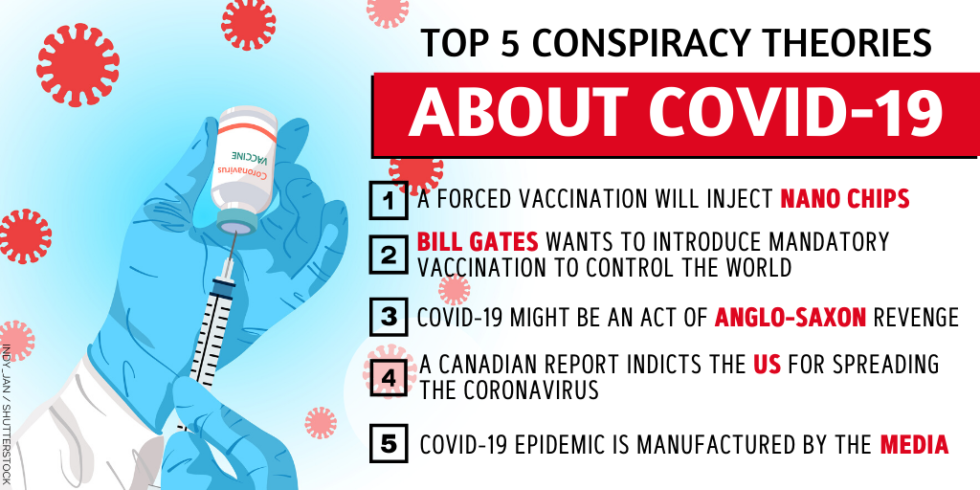 The “Vaccine Scare” has been present in the pro-Kremlin disinformation network for a long time, usually in the “undergrowth” of the disinformation jungle, spreading through social media – notably Twitter. The New York Times describes in a recent article how Russia-based Twitter accounts influence the “anti-vaxxer community”, and already a year ago, in March 2019, US CBS News reported on pro-Kremlin ties to a Twitter campaign against vaccination.

Much has changed since the outbreak of the COVID-19 pandemic. Since late January 2020, the anti-vax trend in pro-Kremlin media is no longer limited to social media. The first anti-vax case in the EUvsDisinfo database detected during the current crisis is from 31 January, when the website Katehon published an article suggesting the following:

There’s a broad base of scientific studies questioning both the safety and effectiveness of vaccines.

The article is not a Katehon original; it is republished from US-based site LewRockwell.org, which, in turn, brought in an article from a site promoting alternative medicine known for its tendency to promote vaccine hesitancy.

The anti-vaxxer trope saw notable growth, beginning in Mid-March, when several pro-Kremlin outlets published an article from the Canadian disinformation website Global Research, which suggested that the COVID-19 outbreak is a pretext for forced vaccination with the purpose of injecting nano-chips for establishing “total control”. This trope has since been repeated by several pro-Kremlin outlets in Russian, English and Spanish.

The Enemy is with the Gates

This week was no different: anti-vaxxers continue to find support in pro-Kremlin outlets. Bill and Melinda Gates and the rest of the “shadow rulers” are scheming to introduce mandatory vaccination that will contain secret implants to control the world. We find the claim in Russian, English and Georgian. We can note that, to date, Mr. Gates appears in ten cases in the database – eight of which have occurred in just the last few weeks, after the onset of the “COVID-19 outbreak.

When pro-Kremlin disinformation outlets spread anti-vaccine tropes, they become responsible for those who will hesitate to seek professional medical care, potentially endangering lives.

The Revenge of the Anglo-Saxons

Several studies demonstrate the role of conspiracy theories in Russian policy-making. The journal of Strategic Studies published a report in January on how Russian military institutions and official think tanks tolerate and spread unfounded conspiracy theories. BBC Russian Service reported a case where Russia’s Ministry of Foreign Affairs published a full-blown conspiracy theory on “who is behind COVID-19”:

Are we observing the revenge of the Anglo-Saxons in real time? Great Britain will have vengeance for China’s cunning actions in Hong Kong; for the Yanks’ “indecent proposals”, suggesting a leash around the neck of the proud Britons, and for “all good things”, that the Brits had to endure from an ever growing pressure from the bureaucrats in Brussels, all still very much in fresh memory. Can you even imagine that Her Majesty should yield to the instructions from the Brussels’ bureaucrats, especially as they lack “noble blood”?

This text was removed from the Journal’s web page, but an archived version is still available. BBC also demonstrates how similar conspiracy theories are spread by the TV channel of Russia’s Armed Forces, only pointing fingers at “the Americans”.

More than half of this week’s disinformation cases are devoted to COVID-19.

Other pieces of disinformation this week:

Wash your hands, take care of each other; respect quarantine recommendations!