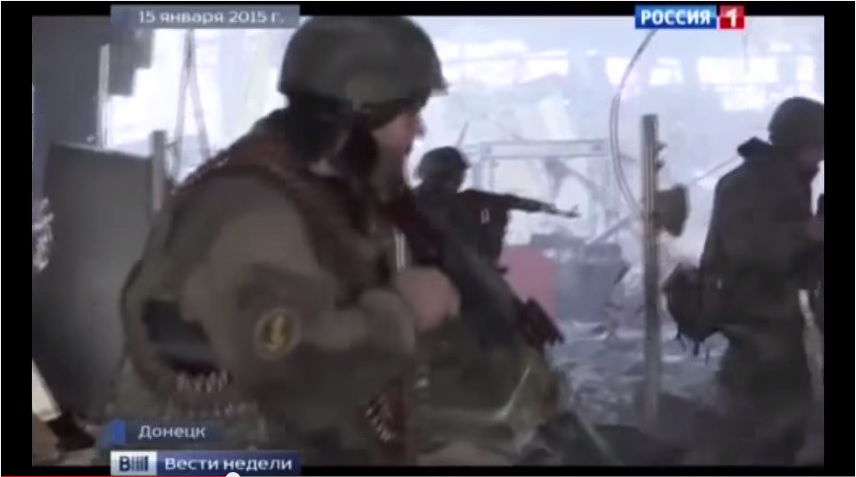 January 18, “Vesti Nedeli” with Dmitry Kiselev (TV channel “Russia 1”) showed the story of the Donetsk airport storm (2:47 of the program). It has a video that clearly reveals a soldier with chevron of Marine Corps Russia. At the same time, journalist Yevgeny Poddubny talks by frame about the so-called “fighters of the armed forces of DPR” (Donetsk People’s Republic) which began to storm the airport after the Ukrainian army.