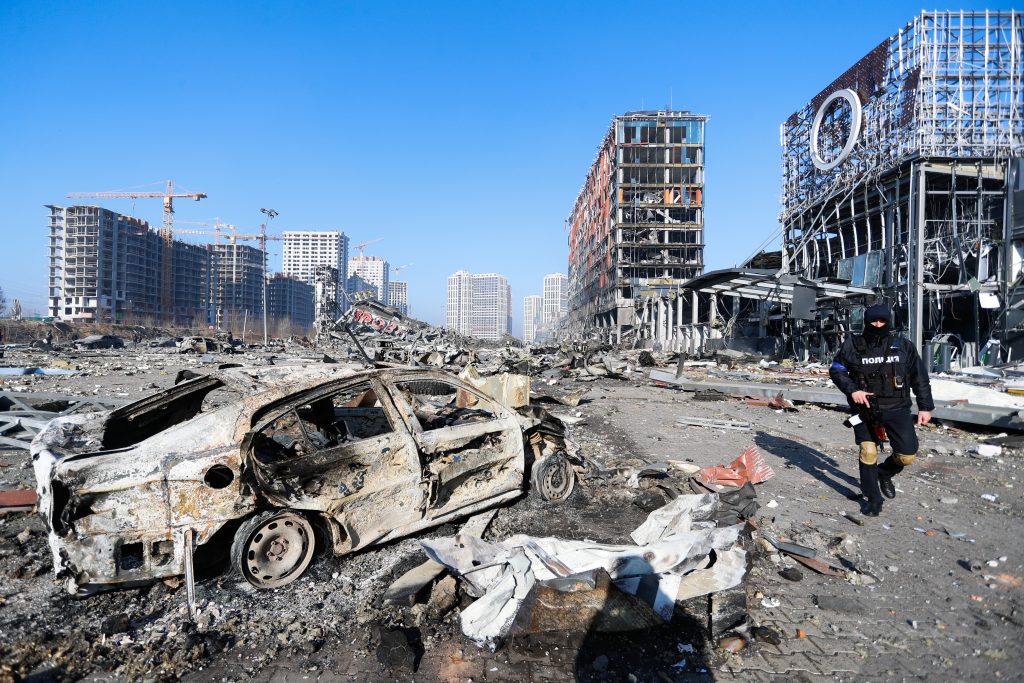 By Alexander Khrebet, for UkraineAlert

The Russian invasion of Ukraine was meant to secure Vladimir Putin’s place in history and reunify what Moscow views as the divided lands of historic Russia. Instead, it has completely shattered the myth of unity between Russia and Ukraine. Whatever else happens next, there will never again be any talk of Russians and Ukrainians as “one people.”

Ever since he first came to power at the turn of the millennium, Vladimir Putin has been obsessed with the need to return Ukraine to the Russian orbit. This fixation has included frequent declarations that the two nations inhabit a single historical whole and have been unnaturally separated by the fall of the USSR.

In his notorious 7,000-word July 2021 essay “On the Historical Unity of Russians and Ukrainians,” Putin laid out his imperialistic vision of Ukraine’s place within a wider Russian world and argued that any sense of a separate Ukrainian identity was artificially manufactured. Instead, he claimed, Ukrainians were really just Russians being misled by meddling foreigners. Putin ended his treatise by declaring that Ukrainian statehood itself ultimately depends on Moscow’s consent. “I am confident that true sovereignty of Ukraine is possible only in partnership with Russia.”

In a series of lengthy addresses on the eve of Russia’s February 24 invasion, Putin went even further. He condemned modern Ukraine as an “Anti-Russia” and made clear that he saw Ukraine’s rapidly consolidating national identity as an existential threat to Russia itself. Putin’s February speeches left little room for doubt that he viewed the coming conflict as a holy war to save and reunite Russia.

With the conflict now in its fourth week, it is already clear that Putin’s invasion has backfired disastrously. While the Kremlin initially predicted Russian troops would be greeted with cakes and flowers, they have been met with fierce resistance and suffered catastrophic losses that dwarf anything seen in twenty-first century warfare.

In occupied southern Ukrainian cities such as Kherson and Melitopol, Russian soldiers who thought they would be serving as peacekeepers now find themselves confronted by furious locals protesting their presence while branding them “fascists” and “occupiers.” The difference between this hostile reality and the imaginary Ukraine of Russian propaganda could hardly be starker.

The war has united Ukrainians as never before and fuelled a massive outpouring of anger towards Russia. A nationwide poll conducted on March 18 by the Rating Sociological Group found that 98% of Ukrainians regard Russia as a hostile country, with minimal differences in opinion registered from region to region across Ukraine.

The ferocity of Ukrainian public opinion is not difficult to understand. During the first three weeks of the war, Russian troops have committed countless individual atrocities against the civilian Ukrainian population. After Moscow’s initial blitzkrieg plans were derailed by the Ukrainian military, the Kremlin has switched tactics and is increasingly focusing its efforts on the indiscriminate bombing of towns and cities.

It is also striking that many of Russia’s most brazen war crimes have targeted the same Russian-speaking Ukrainians that Vladimir Putin has long claimed to be protecting. Majority Russian-speaking cities such as Kharkiv have been subjected to massive bombing campaigns that have reduced entire districts to ruins.

Some of the most brutal treatment has been reserved for predominantly Russian-speaking Mariupol. Throughout Ukraine’s three decades of independence, this Azov Sea port city close to the Russian border had a consistently strong record of voting for pro-Kremlin parties in Ukrainian elections. Nevertheless, it has been almost entirely destroyed by weeks of relentless Russian shelling and airstrikes. Putin’s invaders have targeted the city’s residential districts, maternity hospital, and a drama theater serving as a makeshift shelter for hundreds of women and children. The civilian death toll is not yet known, but thousands are believed to have died.

The savagery of the Russian assault has forced many Ukrainians to dramatically rethink their attitudes toward Russia. While relations have always been far more complex that the simplistic “brotherly nations” propaganda promoted by the Kremlin, millions of Ukrainians and Russians have traditionally enjoyed strong mutual bonds. After more than three weeks of horror, this is emphatically no longer the case. Indeed, it is now difficult to imagine how such closeness could ever return.

Journalist Neil Hauer captured this dramatic shift in a March 19 social media thread. “Something I’ve noticed over the past week or so here: almost every Ukrainian I spoke to has made it clear that they blame not only Putin but the average Russian as much (or more) for this war. The view is: we overthrew our corrupt government and they accept their murderous one,” he tweeted. “The amount of animosity from the average Ukrainian towards the average Russian is already huge and growing more with every single new airstrike, every new civilian death. The effects of this war will last for generations. And I’m saying this from Kharkiv. I think I saw more virulently anti-Russian views here than anywhere else in the country. The sense of betrayal here, of “how could they possibly do this to us,” is incredible.”

Ukrainian anger is also being fuelled by the widespread feeling that most ordinary Russians support the war. Polls consistently demonstrate strong Russian public backing for the invasion, while anti-war protests in Russia have been small and underwhelming. Many Ukrainians have painful personal experience of trying to convince Russian relatives of the atrocities taking place in their country, only to be told that the evidence they present of mounting civilian deaths is “fake” or “Nazi propaganda.”

The war in Ukraine is a watershed event for the entire world that will shape the geopolitical landscape for many years to come. It is also a defining moment in modern Ukraine’s nation-building journey and the final nail in the coffin of the Russian-Ukrainian relationship.

Putin sought to extinguish Ukraine’s independent identity and usher in a new era of Russian domination. Instead, he has achieved the exact opposite. Most Ukrainians now view Russians as their sworn enemies and repeat old slogans about “brotherly nations” with undisguised contempt. It will take many decades before the hatreds of this poisonous war subside.

By Alexander Khrebet, for UkraineAlert