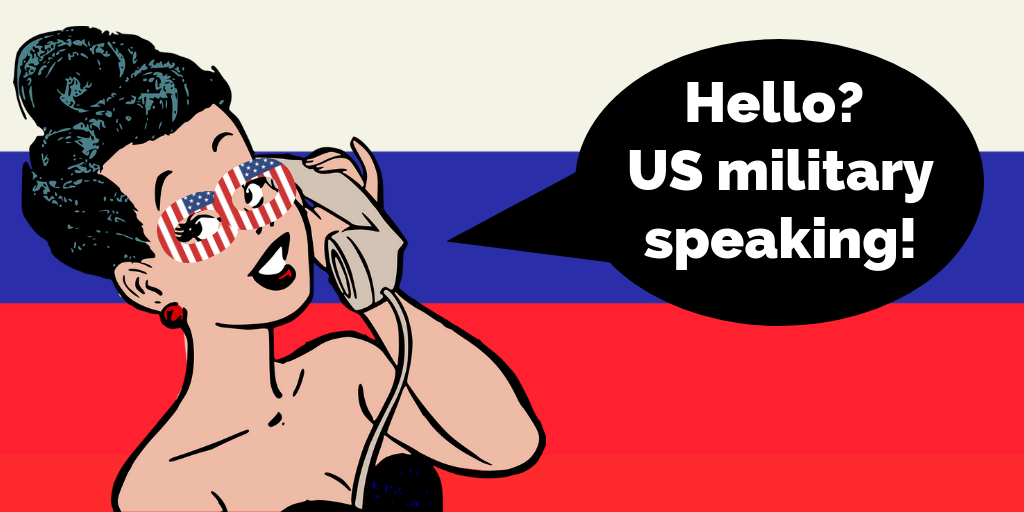 While the international expert community is busy discussing what the “deep fakes” of the future will look like, employees at the infamous St. Petersburg troll factory still stick to old-fashioned tricks.

Last month the troll factory’s Russian language media arm, the news agency RIA FAN, presented an audio recording of what it claimed was the voice of an American military officer; however, the person’s accent and general command of English made commentators question the recording’s authenticity.

Click to hear what the troll factory’s news agency says is the voice of an American military officer.

RIA FAN alleges that it recorded a conversation with an American officer from whose telephone number the agency’s employees had received SMS messages containing warnings against interfering in American political life, including the recent midterm elections, as described by Polygraph.

Aric Toler, a disinformation investigator working for Bellingcat, was among those who found the recording unconvincing – and even amusing.

RIA FAN, the news wing of Prigozhin’s Troll Factory in Petersburg, published a hilariously fake call between one of their reporters and an “American” military officer who speaks with heavily accented English and phrases taken from movies & Google Translatehttps://t.co/WB9HU9RH9t

As ambitious as pro-Kremlin disinformation clearly is, it too can be clumsy when its practitioners are so eager to push their agenda that they opt for primitive and easily detectable techniques.

Among such examples are cases when sequences and screenshots from computer games have been used in videos, then claimed by the Russian authorities and the media they control to show combat scenes in Syria. The voice of a speaker has been distorted by putting a pot on his head. And Russian state TV has even been accused of adding a smile onto North Korean leader Kim Jong-un’s facial expression.