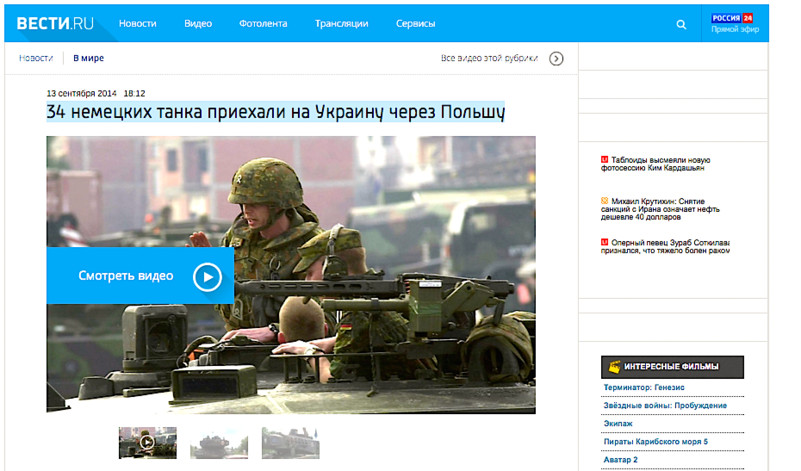 By Laima Andrikiene, for EUobserver

The EU and its member states are facing an organised and aggressive Russian state fake news, manipulation and disinformation campaign.

Its objective is to destabilise the Western democratic order, confront and weaken states and ultimately to break up EU unity and support those that wish to destroy it.

Unfortunately, given the scale of the challenge, the EU’s response so far has been dangerously inadequate.

For Baltic states, Russian propaganda and disinformation are nothing new. We have been fighting against such campaigns on a daily basis since the 1990s.

One of the latest examples – in March 2018 – saw Russian trolls announce that the minister of national defence of Lithuania, Raimundas Karoblis, recognised the Russian annexation of Crimea.

The ministry of national defence of the Republic of Lithuania immediately disproved this fake message.

Russia’s playbook is not new, but it has been evolving to take advantage of the digital age.

The internet, social media, ‘troll farms’ and bots allow the spreading of fake news to hundreds of thousands of recipients within a short timeframe and with little effort.

Conventional warfare has been joined by information warfare. The objective is not to make you believe the Kremlin, but to make you question which ‘alternative reality’ you can trust.

The Kremlin invests more than €1bn a year for its propaganda machine, which includes television RT, with a presence in 100 countries, and Sputnik, which publishes stories in 33 languages.

On top of that, the famous Kremlin ‘troll farms’, which spread fake news using the newest technologies, are also heavily financed from the state budget.

The EU’s response so far to this serious threat, backed by a billion euros of Russian finance, is only €1.1m.

For several years, politicians from the Baltics and central and eastern Europe have been sounding the alarm. Finally, our warnings are being heeded by the institutions and most member states.

The establishment of the EU East Stratcom Task Force in 2015 was an important, however modest, step forward.

In 2015 East Stratcom had only one officer working to fight the Russian information war, now there are 14 people doing this job, but their positions are temporary and may not be renewed this summer.

While I admire their work, they are the EU’s David to Russia’s Goliath in this fight.

Thanks to a proposal by the European Parliament, East Stratcom was allocated its €1.1m budget for the period 2018-2020. It has yet to receive the money.

One of its main tools for analysing misinformation is the EUvsDisinfo site, which serves as a platform to correct or contextualise hyper-partisan narratives.

However, this platform itself faces censorship from the External Action Service if it risks offending a member state, and the platform could even be closed entirely, leaving East Stratcom as a shell tasked with spreading positive EU news only.

A knife to a gunfight

In tackling disinformation, the EU has brought a knife to a gun fight; and rather than upgrade its weaponry it is considering fleeing altogether.

This would be a major strategic mistake, not just for the democratic processes of our member states, but for the EU institutions themselves, which make easy targets for Russian hyper-partisan narratives.

Firstly, we must substantially increase resources for East Stratcom. Their work should be able to reach well beyond the Brussels bubble to inform EU citizens about how outside forces are seeking to manipulate their views, and how to protect themselves.

East Stratcom should also be removed from the External Action Service as its primary goal is to address misinformation within the EU, not to liaise with external actors.

It may even make sense to form a separate agency, similar to the EU’s network and cyber security agency, Enisa, which has around 60 staff.

Regardless, now is the time for some leadership on this issue within the EU. Rather than discussing whether to wind down the work of East Stratcom, the level of threat demands that we significantly beef up our work.

The EU and all its member states must acknowledge that the Russian disinformation threat is serious. Failing to build the necessary resilience will lead to far more headaches for ‘Brussels’ as Russia and other actors use the misinformation playbook to dissolve public trust, and to lead people to vote on the basis of confusion and fear. Rarely do such motivations deliver good results.

We can win this battle, but we must first decide to enter it with more than an empty gesture in the External Action Service. The battle for truth is worth fighting, for our generation and future generations to come.

By Laima Andrikiene, for EUobserver

Laima Andrikiene is a Lithuanian MEP since 2004, a member of the European People’s Party group and member of the parliament’s security and defence subcommittee