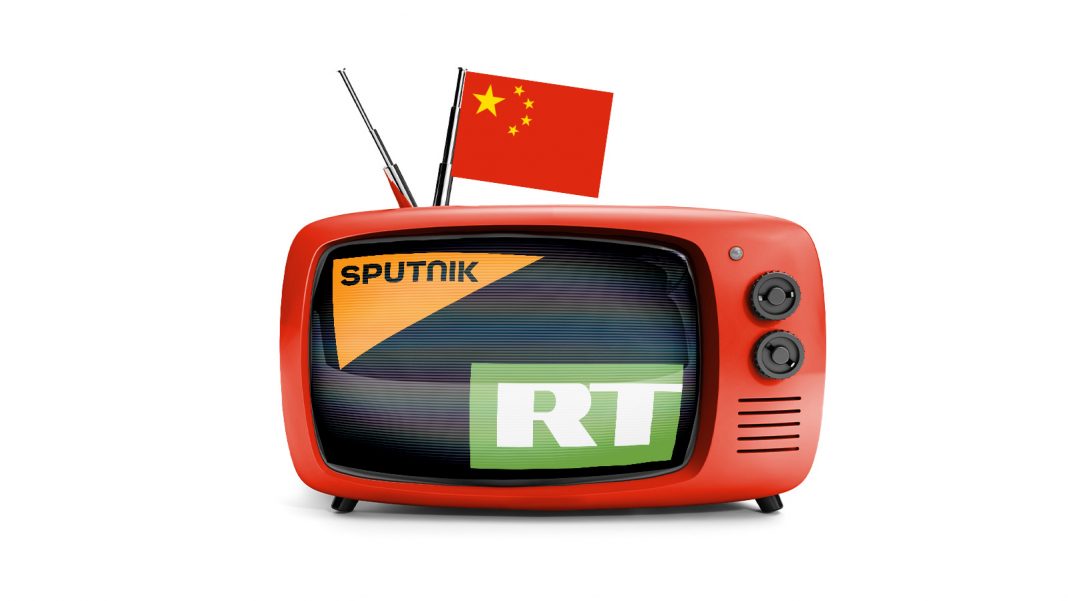 Disinformation concerning the alleged planning of nuclear attacks or the use of bioweapons dominate the narratives of pro-Kremlin outlets and Chinese state media.

“According to conclusions by Western experts, the Kyiv regime was extremely close to creating a nuclear explosive device based on plutonium obtained covertly from spent nuclear fuel stored in the country’s territory. Ukrainian specialists could have made such a device within several months,” the source said, claimed by Ria and RT Russian. Ria upped the ante by adding that the US transferred plutonium to Ukraine (RT DE). Moreover, pro-Kremlin outlets continued to allege that Ukraine partially destroyed and moved documents related to the development of nuclear weapons (Ria, Diario Octubre). RT Russian and VZ came up with an idea that the clashes at the Zaporizhzhia nuclear power plant may have occurred because they were storing relevant documentation there.

In pro-Kremlin nuclear fantasies, the alleged nuclear weapons programme is not enough: there needs to be a narrative about the actual use of nuclear weapons, too. For that purpose, Lenta, Gazeta, Tsargrad, Regnum and Sputnik claim, amplified by the Russian Embassy in Spain, that the Security Service of Ukraine (SBU), together with “militants” from the Azov battalion, are preparing a provocation with possible radioactive contamination in the Kharkiv region. Not to be outdone by mere contamination, Pravda suggested that NATO was using Ukraine as a Trojan horse for a nuclear strike against Russia.

In addition to nuclear attacks under preparation, bioweapons are also allegedly being developed in Ukraine. Releasing several supposedly “official” documents by employees of alleged Ukrainian biological laboratories, the Kremlin propaganda ecosystem (RT Russian, RT DE, Tvzezda, Ria, Ria on Telegram) tried to imply that components of biological weapons were being developed in Ukraine in close proximity to Russian territory.

The Russian Ministry of Defence pushed a storyline that Kyiv rushed to cover up traces of its military biological programme funded by the US Department of Defence, as dutifully reported by Ria and Pravda. The story was amplified by diplomatic accounts on Twitter (MFA, Russian Embassy in Spain, Russian Embassy in North Macedonia). Diplomatic accounts also promoted a website hosting the alleged documents online. Moreover, pro-Kremlin outlets such as Pravda, Veterans Today, Anti Spiegel, and Journal Neo pushed a message that Russia had published documents proving that the US prepared not only a nuclear strike on Russia but also a bioweapons attack in Donbas.

China’s Ministry of Foreign Affairs and affiliated media have also chimed in by resurrecting an old and debunked pro-Kremlin conspiracy narrative about US biolabs in Ukraine and the rest of the world. The piece called on the US to disclose information about and protect its bioweapons laboratories in Ukraine, which supposedly store large quantities of dangerous viruses, citing dubious Russian evidence. China’s state-controlled TV network CGTN linked the US bio-labs allegedly based across the world to local disease outbreaks. Overall, Chinese state-controlled media rely in their Ukraine coverage mostly on Russian sources, thus lending at minimum tacit support and amplification to the Kremlin narratives.

Outside the realm of weapons of mass destruction, the Russian Mission to the UN in Geneva continues to be the epicentre of the #DonbassTragedy disinformation campaign promoting content on several social media platforms. Since 1 March, campaign outlets have published videos, “official” documents and Prezi presentations in an apparent attempt to continue to spread the already debunked “genocide” pretext under the umbrella of the #DonbassTragedy. This content, often off-putting and violent, was further amplified by more than 60 Russian diplomatic accounts on Twitter, Facebook, Instagram and Telegram. The first instance of the hashtag was observed on accounts of the Russian Mission in Geneva and it continues to promote the toxic content.