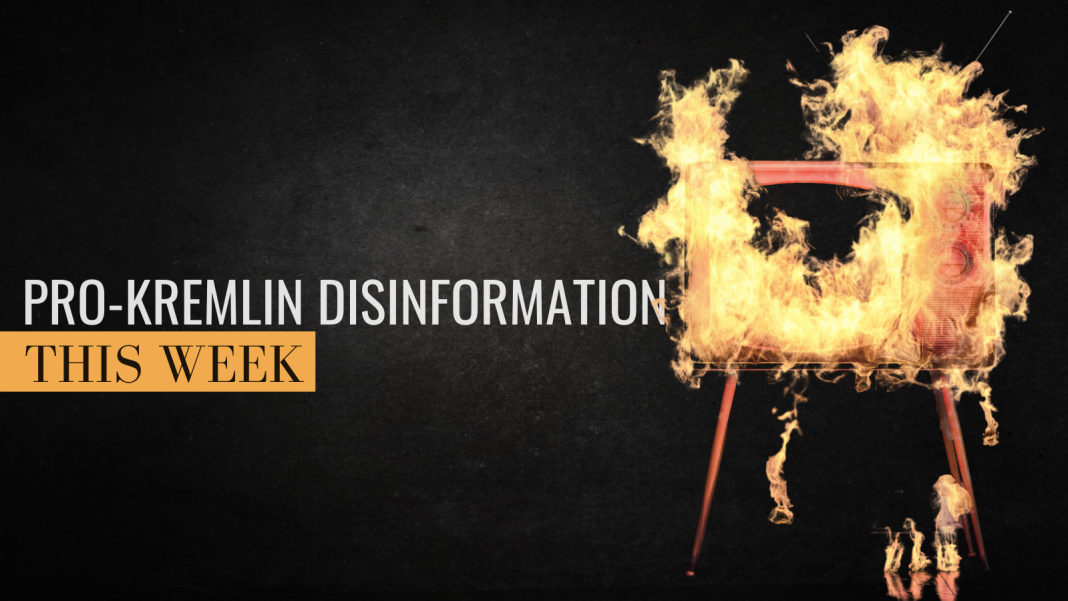 Last week the pro-Kremlin media targeted mostly Ukraine, US, NATO, and the West.

After the Brussels summit ended earlier last week, NATO issued a communiqué, saying, amongst other things:

Russia has also intensified its hybrid actions against NATO Allies and partners, including through proxies. This includes attempted interference in Allied elections and democratic processes; political and economic pressure and intimidation; widespread disinformation campaigns (…)”.

This behaviour is also reflected in the 61 cases collected this week for the EUvsDisinfo database, from sources which spread pro-Kremlin disinformation.

Let’s start with Ukraine, the target of 11 cases. Most of them repeated the classic narrative claiming there was a coup in Ukraine that provoked the emergence of the so called people’s republics in Donbas and the illegal annexation of Crimea by Russia. Another seasoned narrative claimed that the BUK rocket that downed the MH17 airplane belonged to Ukraine, while a comprehensive investigation proves the opposite. While these two examples combine the proactive and reactive use of disinformation, the underlying need for it is simple: deny any responsibility and confuse audiences while serving lies and manipulations.

Going transatlantic – 6 cases focused on the US. The examples include the US deploying troops to Ukraine threatening to collapse it and using Ukraine, Georgia and Moldova as puppets to squeeze Moscow. Needless to say who is interested in keeping the US as far as possible from Ukraine and why. Hint: it’s not the Ukrainians, despite the disinformation claiming otherwise.

While on the subject of armed forces, 12 cases mentioned NATO. Most of them tried to convey the message that NATO is acting as provocateur and being plain hostile towards Russia. It is important to note that pro-Kremlin disinformation usually fails to mention the reason behind NATO’s policies and decisions – the illegal annexation of Crimea and armed aggression against Ukraine.

As for the motivation and Russophobic attitudes of Western countries (4 cases), pro-Kremlin media claimed that the West undermines Russia to prevent it from re-emerging as a superpower and thus tackling the traditional, family and ethical values it upholds. An even more absurd case plainly asks “Do we need the so-called liberal values, the main meaning of which is man is wolf to man, to gnaw and kill your neighbour in order to succeed?”

Returning to the NATO communiqué, it also says:

For more than twenty-five years, NATO has worked to build a partnership with Russia, including through the NATO-Russia Council (NRC). While NATO stands by its international commitments, Russia continues to breach the values, principles, trust, and commitments outlined in agreed documents that underpin the NATO-Russia relationship.