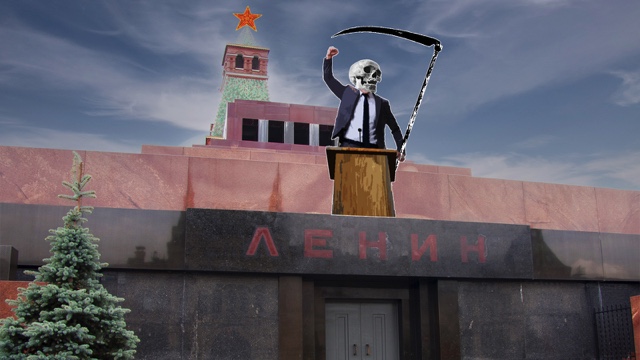 For the first time, the world will observe the International Day for Countering Hate Speech on 18 June. This follows the UN General Assembly resolution from July 2021 on “promoting inter-religious and intercultural dialogue and tolerance in countering hate speech”. The UN invites governments, international organisations, civil society groups, and individuals to hold events and initiatives promoting strategies to identify, address and counter hate speech.

Hate Speech – What are we talking about?

In the words of the UN, hate speech is any kind of communication in speech, writing or behaviour that attacks or uses pejorative or discriminatory language with reference to a person or group on the basis of who they are, in other words, based on their religion, ethnicity or affiliation.

Hate speech is dangerous. Again, in the words of the UN:

“If left unchecked, hate speech can even harm peace and development, as it lays the ground for conflicts and tensions, wide-scale human rights violations.”

Hate speech has two “traveling companions” – disinformation and media manipulation. Russia’s war against Ukraine demonstrates the deadly effect of hate speech, as it has served to dehumanise the opponent, in this case the legitimate, elected government in Kyiv and the wider Ukrainian population.

Once the foe is dehumanised, soldiers on the battlefield do not fight another person like you and me, but rather a lower-ranking group.

Few would have expected that, by the middle of 2022, key Russian leaders as well as trend-setting media and opinion formers would openly embrace genocidal views or call for people “to disappear”. What dynamics propel a literate society, a rich culture, with platforms for information and exchange of views, social media etc. to take such a trajectory?

One obvious – but uncomfortable – answer: humans can be manipulated. Primal group dynamics kick in, especially when repeatedly exposed to emotionally charged disinformation. Our group versus ‘them’. (See our article on 5 common narratives.)

Sadly, European and world history is rich in such examples. Hate speech has been the precursor for atrocities in several wars. Recent examples include the Holocaust, the Rwanda 1994 killings, the 1990’ies wars in the former Yugoslavia where Vukovar, Srebrenica and Kosovo are just some recent reminders of how quickly erstwhile neighbours can turn on each other ending in brutal killings.

How hate speech dominated Kremlin speak during the last 12 months

Since 2014, use of the term “Nazi” has been frequent as our database illustrates, but the general tone has also escalated.

July 2021: Putin’s long article: About a year ago, on 12 July 2021, the Kremlin published an article signed by Putin: ‘On the historical unity of Russians and Ukrainians’. In essence, Putin’s claims can be summarised as follows:

– Much of Ukraine is land robbed away from “Historic Russia”

– Ukraine is led by “radicals and neo-Nazis” who are “instruments” of the West [US, NATO, EU]

The “Nazi / neo-Nazi” slogan features in five different parts of the text. Nazi accusations have been used since the Maidan revolution in 2013 to de-humanise Ukrainians and capture all evil in one word.

Putin’s article has been distributed to soldiers in the Russian army in what appears to be a modern version of the political education of soldiers in the former Soviet army.

24 February 2022: War In the weeks leading up to the new invasion on 24 February, Putin and the Russian government often spoke about Kyiv wanting to “attack and wage a genocide against Donbas Russian-speakers”. On 24 February, Putin presented the operation as “self-defence” to “de-nazify Ukraine”. “Nazi” is becoming like an order to fire for the soldier with the weapon.

16 March: To prevent the evil ones from using nukes In Putin’s speech on 16 March, the denunciation went one notch up: the “Neo-Nazis” in Kyiv are preparing attacks with chemical and biological weapons, anthrax or something similar. Soon Kyiv will have nuclear weapons ready to use against Donbas and Russia. But Putin presents himself as the tamer of Neo-Nazis.

It is during March that atrocities in areas under Russian control gain momentum, as documented by the OSCE.

3 April: RIA Novosti praising genocide Russia’s largest news service, state agency RIA Novosti, published a leading article by the Kremlin-affiliated, high-profile intellectual and film-maker Timofey Sergeytsev, where he calls for action in Ukraine which can only be considered genocidal: No mercy on the battlefield, mass repression, ethnic cleansing à la Stalin. The message then spread to the main Russian TV channels and online media.

The terms “Nazis” and “Nazism” are again used overwhelmingly in the article to label anything associated with the Ukrainian state, the Kyiv government or the Ukrainian authorities. The plan calls for the destruction and liquidation of all “Nazis”, and for mass repression against Ukrainians. Apart from strict censorship on any Ukrainian voice, and the introduction of Russian laws and culture, the aim is to ban even the name Ukraine and the term Ukrainian itself. To make Ukraine disappear.

7 June: Dmitry Medvedev wants “them to disappear”RIA Novosti’s leading article is not far from the thinking of former president, once liberal reformer, Dmitry Medvedev, now deputy chair of the Russian Security Council. In a Telegram post, he trumped up earlier harsh belligerent language, sending this clear message: “They are bastards who want death for Russia. I hate them and will do everything to make them disappear”. Although not explicitly mentioning Ukraine, it is a fair guess that Medvedev had Ukrainians in mind.

Medvedev’s words have been seconded by more explicit calls to violence by another top Russian official, Dmitry Rogozin, former Deputy Prime Minister, former Russian Ambassador to NATO and now head of Roskosmos, the Russian space agency. On his (verified) Twitter account he proposes to put an end to Ukrainians “once and forever”. Ukraine, or in Rogozin’s words “what appeared in the place of Ukraine”, represents “an existential threat to the Russian people, Russian history, Russian language and Russian civilisation”. (See also here)

“Existential threat” is also a key word in the Russian doctrine for the eventual use of nuclear weapons, as such a threat must be made against Russia to trigger a first-use.

Medvedev made another Telegram post on 15 June when ridiculing talks on eventual US liquefied natural gas (LNG) for Ukraine under a form of two year Lend Lease. Provocative, he questioned: “Who said that in two years Ukraine will even exist on the world map?” This continued maelstrom of “disappear / cease to exist / hate them” is one big green light for soldiers to go ahead with any action one could imagine.

The Russian state TV and pro-Kremlin outlets have long been a toxic voice with a very militaristic and revanchist agenda. From talk shows like the popular “60 Minutes” where pundits overdo each other (follow highlights here) to regular TV news which constantly drum out the “nazi”-stories. This enforces an already hateful atmosphere.

The young soldier on the battlefield – when hate speech gets applied

The hate speech flows directly down through the military hierarchy to the soldier at the front line who consume news and inputs like anyone else. Most of the Russian soldiers sent to war in Ukraine are young. They have known only one leader of Russia since their childhood: Putin. Education in Russian schools and later in the army has put him on a pedestal. Eight years have passed since 2014, the illegal annexation of the Crimean Peninsula and the start of the Donbas war. What goes on in Russia is approved by him or thanks to him. This is close to a personality cult, perhaps best captured in the 2014 words by then Kremlin Deputy chief of staff Vyacheslav Volodin, now Chairman of the Russian State Duma: “There is no Russia today if there is no Putin.”

After months of fierce fighting, after having lost battles and withdrawn from Kyiv, having heard almost apocalyptic-like nuclear sabre rattling every other day, the words “have them disappear” is likely perceived in such a way that the enemy is every Ukrainian; they must be killed and annihilated.

On the International Day for Countering Hate Speech let us recall the words of the Duke of Wellington after the 1815 battle of Waterloo, “Nothing except a battle lost can be half so melancholy as a battle won” – illustrating that even the most victorious war commanders were able to feel humility and regret for lost human lives.