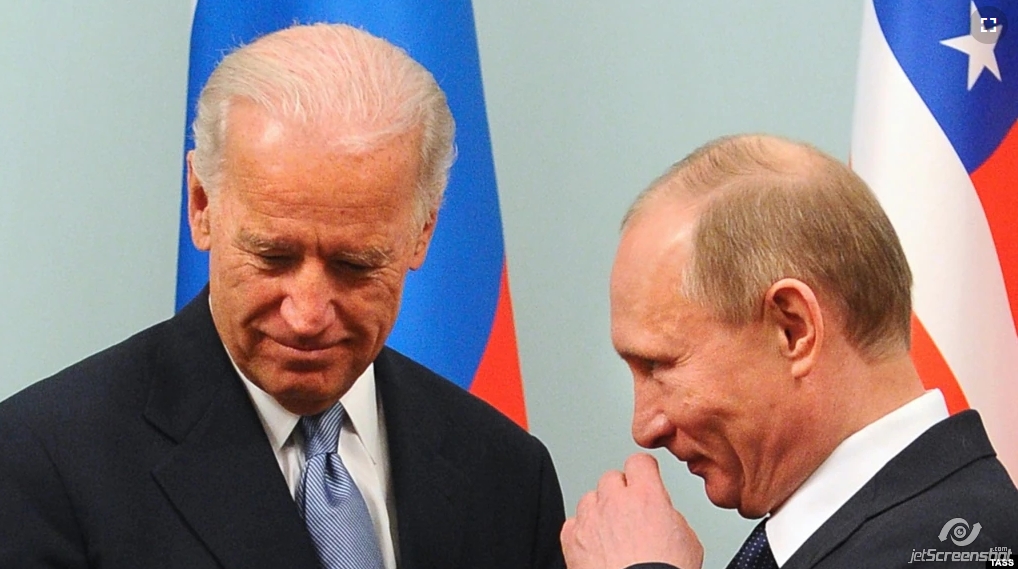 On March 16, U.S. President Joe Biden gave a wide-ranging interview to ABC television’s “Good Morning America,” during which the subject of U.S.-Russia relations came up.

Biden also recalled a conversation in which he told Putin, “I don’t think you have a soul.” Biden was likely referring to Solvenia Summit 2001, when former President George W. Bush met with Putin and later said, “I was able to get a sense of his soul.”

Russia reacted swiftly to Biden’s new comments, recalling its ambassador from Washington for consultations on March 17.

Kremlin spokesman Dmitry Peskov called the remarks “unprecedented” in the history of Russian-U.S. relations, adding that Biden had no intention of restoring bilateral relations and that an “absolutely clear” Russian response would be forthcoming.

Putin himself responded to being called a killer by repeating a Russian version of the children’s riposte: “I’m rubber, you’re glue” (i.e., what you say about me bounces off and sticks on you). Putin specifically noted episodes in U.S. history – slavery, the dropping of the atomic bomb on Japan and the treatment of Native Americans – to argue that Biden was in no position to criticize him.

Russia’s Foreign Ministry released a statement blaming the United States for deteriorating bilateral relations: “The current situation is a consequence of Washington’s purposeful policy, which over the past several years, in fact, has deliberately led bilateral relations to a dead end.”

That is false. The breakdown in U.S.-Russia relations and subsequent sanctions targeting Russia have been a direct result of Russian actions, from the invasion and occupation of territory in Ukraine to violations of the Chemical and Biological Weapons Control and Warfare Elimination Act to repeated interference in U.S. elections and cyberattacks.

On December 19, 2014, then U.S. President Barack Obama imposed sanctions following Russia’s invasion of Ukraine and occupation of Ukraine’s Crimean peninsula. Obama’s move followed a similar one by the European Union.

The U.S. authorized additional sanctions against “individuals and entities responsible for violating the sovereignty and territorial integrity of Ukraine, or for stealing the assets of the Ukrainian people.”

The U.S. has also sanctioned Russia for malicious cyber activities, including intrusions into the U.S. energy grid and deployment of the Triton malware, which was designed to target and manipulate industrial safety systems. Triton has been described as “the world’s most murderous malware.”

Russian intelligence was fingered in the 2020 SolarWinds cyberattack, which infected 18,000 U.S. entities with malware, including the U.S. government’s Defense, Energy, Homeland Security and State departments.

The U.S. further sanctioned Russia-linked individuals and entities for alleged election interference and influence operations in the 2016 and 2020 U.S. presidential elections.

According to the Congressional Research Service, the United States also has imposed sanctions on Russia for human rights abuses, the use of a chemical weapons, weapons proliferation, illicit trade with North Korea, and support for the regimes in Syria and Venezuela.

Those sanctions were in response to the Russian government’s reported use of the military-grade nerve agent Novichok on March 4, 2018, in the attack on former Russian military intelligence officer Sergei Skripal and his daughter Yulia Skripal in the United Kingdom.

Earlier U.S. sanctions were aimed at limiting the export of technology that could aid Russia in the development of chemical and biological weapons.

Russia is among signatories to the Chemical Weapons Convention, which prohibits the large-scale use, development, production, stockpiling and transfer of chemical weapons and their precursors.

The U.S. has also been criticized for contributing to the deterioration in U.S.-Russian relations.

In June 2019, the U.S. ramped up digital incursions into Russia’s electric power grid in response to years of public warnings over Russia’s insertion of malware that could sabotage U.S. infrastructure, The New York Times reported.

Some observers have criticized the U.S. for withdrawing from the 1987 Intermediate-Range Nuclear Forces (INF) Treaty, under which the U.S. and Soviet Union destroyed thousands of short- to intermediate-range missiles, and from the 1992 Open Skies Treaty, which allows treaty-signatory countries to fly over each other’s territory with sensors to detect military activity and equipment. The United States withdrew from those treaties during the previous administration of President Donald Trump.

In both instances, the U.S. said the withdrawal was precipitated by Russian violations of the respective treaties.