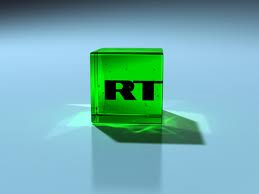 Is RT (formerly Russia Today) really as dangerous or as effective as its critics claim?

Since Ukraine’s revolution forced President Viktor Yanukovych to flee the country, and Russia annexed Crimea, it’s become rather fashionable to talk about an ‘information war’ between Russia and the West. Unlike traditional wars, which are waged with guns and tanks and other hardware, this war is waged, so the argument goes, by state media, like RT (formerly Russia Today) and the recently launched Sputnik news agency. This position was perhaps laid out most directly by Lithuania’s foreign minister, Linas Linkevicius who stated in March that, ‘Russia Today’s propaganda machine is no less destructive than military marching in Crimea.’

His views are widely shared among commentators these days. In their report, The Menace of Unreality: How the Kremlin Weaponises Information, Culture and Money, Peter Pomerantsev and Michael Weiss argue that through RT, the Russian government has effectively ‘weaponised’ information, and that rival media need to institute a ‘disinformation charter’ and employ ‘counter-disinformation editors’ to combat the threat. Similarly, in his recent e-book, Kremlin Speak: Inside Putin’s Propaganda Factory, Lukas Alpert explains how RT actively reaches out to disaffected citizens in Europe and America from both the political left and right through a combination of clever use of the internet, conspiracy theories and a willingness to confront issues that traditional media have ignored. Recently, at a conference held in Cambridge, UK, on the role of the ‘information war’ in the Ukraine crisis, participants openly called for RT to be banned.

Interestingly, there’s one thing both RT’s critics and the Kremlin seem to agree on: it’s a valuable tool and money well spent as far as Russia is concerned. Much attention is devoted to the lavish funding and support that RT and Sputnik receive from state coffers. The annual budget for RT alone has been increased to $400m. The company recently opened a UK channel, and has plans to increase services in French and German in the coming year. Vladimir Putin and Dmitry Kiselyov, the head of Sputnik have both voiced their hope that Russian state media can break the ‘Anglo-Saxon monopoly’ on information.

But there’s another possibility neither side seems to have considered: that RT might not actually be that effective in influencing the Western public.

RT might not actually be that effective in influencing the Western public.

If you habitually get most of your news from Western sources, and were to switch your TV channel to a domestic Russian news programme, you could be forgiven for assuming you had inadvertently picked up a transmission from a parallel universe. The naked bias, hyperbolic language and regular presentation of fake stories presented as truth on Russian networks have been well documented in the English-language press. In its most recent example, Rossiya 1 presented video of a young boy reacting with joy to discovering his father had painted naked men all over his bedroom; and held this up as an example of American moral decadence; the scene was almost immediately revealed to have been faked. Indeed, organisations such as Stopfake devote thousands of hours to documenting and refuting these incidents in both English and Russian.

Polling suggests that the government’s monopoly on televised information has been incredibly successful in Russia. President Vladimir Putin’s popularity is at an historic high. According to the polling group, Levada-Center, only 3% of Russians believe Donbas separatists shot down Malaysia Airlines Flight MH17. The polling group WCIOM reports that 87% of Russians believe Western journalists criticise Putin because they wish to divide the country.

This sort of public consensus can only be maintained in a media environment where the government has actively and consistently sought to shut down dissenting media, and can present its own viewpoint without competition. But while the Kremlin enjoys overwhelming advantages on its own turf, it is unable to replicate this in the West, where Russian media is only one source of information among many, and where the audience is not as receptive to its message, for a variety of historical, political and cultural reasons.

While the Kremlin enjoys overwhelming advantages on its own turf, it is unable to replicate this in the West.

As Kevin Rothrock, project editor of RuNet Echo notes, RT’s power to shape the narrative in the West is often overstated by analysts, who conversely fail to recognise how much of the Kremlin’s actions are directed ultimately at the country’s internal audience.

‘People cite the fact that RT is able to slip in some misinformation when a story breaks. Then it’s proved wrong and Russia is embarrassed and vilified once again,’ Rothrock says. ‘I think the whole campaign is just to stay relevant and keep Western media pumping out the anti-Russia stuff. Then they can cherry-pick from all the rage and sell it back to the domestic news audience, where they have a media monopoly. But in the open market of journalism, in the West, Russian propaganda is worthless.’

Much as Russia may like to argue it is breaking the Western media monopoly, it’s still a long way from being able to frame the debate in the way it can at home.

As Pomerantsev and Weiss have accurately pointed out, the Kremlin is very adept at tailoring its message for different audiences in the West.

‘The Kremlin has adopted a different approach, creating alliances and funding groups both on the left and on the right: European right-nationalists are seduced by the anti-EU message; members of the far left are brought in by tales of fighting US hegemony; US religious conservatives are convinced by the Kremlin’s stance against homosexuality.’

This sort of ‘post-modern’ and non-ideological campaign is often presented as the source of strength for RT and other Russian ‘soft power’ campaigns. In fact, it is in many ways a weakness. While RT enjoys popularity among the American left for its coverage of Occupy Wall Street, and among American paleo-conservatives for its championing of libertarian Republican Ron Paul, both these groups are politically marginal in American politics, and mutually antipathetic towards each other.

RT’s emphasis on videos as a method for distributing information may have helped cement its status as the most popular news channel on You Tube, but it also means that it’s broadcasting to a number of balkanised echo chambers.

RT’s online audience has far more ability to pick and choose what issues it wants to hear about. An RT report may reach out to environmentalists whose opposition to fracking dovetails with the Kremlin’s, but there’s no reason to assume these groups are going to be receptive to the network’s editorial line on Ukraine or other issues that are considered to be part of the ‘information war.’

Criticism of RT is primarily directed at its editorial slant on events in Ukraine, but the audience for that message is not necessarily the same as the audience that turns into RT for its coverage of Occupy Wall Street, the Ferguson protests or its sympathetic coverage of politicians like Nigel Farage or Ron Paul.

RT is broadcasting to a number of balkanised echo chambers.

Discussion of RT often focuses on the network’s successes. It is difficult to calculate RT’s global audience. The station often boasts of its availability (85m households in the US) rather than its viewership figures, which are difficult for ratings monitoring organisations like Nielsen to track due to the relatively small audiences for international news channels. One way to measure RT’s relative reach is to look at its popularity on social media; RT’s official Twitter account has 815,000 followers, which is impressive, but only slightly more than one-tenth of BBC World News’ 8.05m followers, and orders of magnitude below CNN’s 14.9m followers. On Facebook the station fairs slightly better but still loses out to competitors by a huge factor. RT has slightly more than 2,200,000 fans on Facebook, compared to BBC World News’ 8,700,000 and CNN’s 15,990,000.

These are surprisingly low numbers given the amount of effort the station has put into using the internet to reach out to a younger, more tech-savvy audience.

The limits of ‘soft power’

Ever since Joseph Nye introduced the concept of ‘soft power’ in 1990, states around the world have become taken with the idea that through the skilled use of economic, cultural and information diplomacy they can improve their standing around the world, win friends and influence populations (if not their governments).

Nye’s idea has obviously not been lost on Russia, nor on China, whose international news network (the unfortunately named CCTV News) launched American and African news channels in 2012. Even Iran has launched a 24-hour news channel, Press TV. The enthusiasm for ‘soft power’ is not confined to news channels. Last year China spent $278m on ‘Confucius Centres’ in universities around the world. Despite proving controversial in the US, there is little indication they’ve done anything for China’s image in a country where only 37% of people view China favourably, down from 42% in 2007.

This issue isn’t confined to so-called ‘rising powers’ like Russia and China. Since 11 September, the US has repeatedly looked at what it needs to do to improve its image in countries like Egypt, Tunisia and Pakistan but, no matter what it has done, has seen no improvement in how it is perceived. Much as Nye’s idea may be attractive, it’s absurd to think that it can do much if the audience isn’t receptive to the message.

None of this redeems RT’s coverage of events in Ukraine and Russia, where the station has functioned as a branch of the Russian foreign ministry. The station’s coverage of the MH17 disaster has been a particular stain on its reputation. But by exaggerating the relevance of a television station to current debates in the West, we end up losing perspective. If there is an ‘information war’ being waged, it is an asymmetrical one, where Russia is at a disadvantage in the West. Rather than fighting it, it would be better to write about the Ukrainian crisis as honestly and objectively as we can.