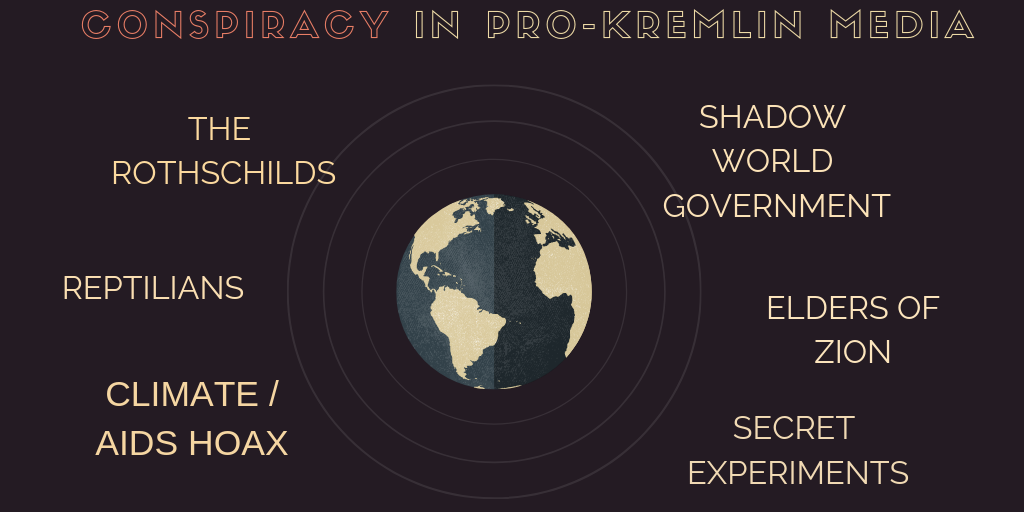 The idea of a Shadow World Government has always been very popular among conspiracy theorists. Its manifestations might be different, but generally the concept conjures up the image of a small group of men, deciding the fate of the world behind the scenes; puppet-masters, covertly controlling the world. Rulers of the rulers. EUvsDisinfo has described such cases frequently; here, for instance, or here.

The appeal of conspiracy theories is that they are virtually impossible to debunk. The premise on which they are based is the fact that everything is going on behind the scenes; behind veils, covertly, in the shadows, carried out by the world’s most powerful people with limitless resources. The complete absence of proof of the existence of the Shadow Rulers is actually the proof that they exist and that they are successful. We have encountered this logic in other cases as well. Any attempt to disprove the concept will be met with the counter-claim – “Yes, of course you deny it; you are also part of it!”. As the Shadow Government, the Deep State, by definition is covert, it must, logically, be malign. Why would they hide if they weren’t into something bad?

The concept is usually cultivated among die hard conspiracy theorists, and it occasionally appears in popular culture. We find conspiracy theories involving powerful people in James Bond movies, in Tintin comic books, in novels like the Da Vinci Code by Dan Brown or Science Fiction thrillers with Reptilians, ruling the world. It is a potent element for creating an enticing plot in thrillers.

And it is a potent element in propaganda too. One of the most odious examples of the use of this concept for propaganda purposes is The Protocol of the Elders of Zion. Published in 1903 in Russia, the text describes a Jewish plan for global domination. The text has been proved to be a forgery made by the Tsarist Secret Police in Russia, but it is still distributed in anti-Semitic circles as a “proof” of a Jewish plot to rule the world.

As late as 2016, one columnist of the Russian daily Komsomolskaya Pravda referred to the “Elders of Zion” in an article describing how the Brexit referendum in Britain and the election of Donald Trump in the US proved that the “Shadow government” was really not omnipotent. The same publication has on several occasions brought forward the idea of “The Rotschilds” controlling the world.

Recently, the same paper gave space to an elaborate conspiracy theory that the Yellow Vest movement was the manifestation of a struggle between Donald Trump and “The Rotschilds”, the latter using the alleged threat of global warming to promote their own pecuniary interests: Trump (and Komsomolskaya Pravda) knows the Paris Climate Agreement is just a waste of resources.

A recent study demonstrates how today’s Russian media has become more and more prone to referring to various conspiracy theories. And this has an impact on the audience. A poll performed in the summer of 2018 by the State Russian Polling Institute VTsIOM states that two thirds of the Russian population are convinced of the existence of a “World Government”. Most of the respondents are also convinced that this World Government is hostile towards Russia. Interestingly enough, the number of “believers” has risen from 45 percent to 67 since Russia’s illegal annexation of Crimea.

The charm of the Shadow Government Theory is that it can be filled with anything you want. Catholics, bankers, Jews, Feminists, Free-Masons, “Big Pharma”, Muslims, the Gay Lobby, Bureaucrats… all depending on your target audience. You never need to prove anything and all the grievances of the audience can be explained – the Gay Lobby/Jews/Bureaucrats/Bankers have stolen our money, are developing germ weapons, instigating wars, installing presidents…

Promoters of the Shadow Government narrative depict themselves as “straight talkers”, dissidents; heroes of the public discourse… “Question everything!” they call. The irony is that, in reality, the shadow conspiracy is based on blind belief in authority.