Almost five years ago on 18 August 2013, a video in Russian named “Horror. Legalisation of incest in Europe” was published on YouTube.

It is a story that indeed resembles a horror movie: slowly, it tells us with a threatening voice, European countries and especially Scandinavia, are moving towards legalising incest and making even “incestophobia” punishable.

In fact, incest is prohibited in the EU countries.

Now, the video has been shared over 8 600 times on Facebook. It got a whole new life and audience for its disinforming messages, when it was posted on Facebook in November last year, and the fact that many commentators see it as a propagandistic piece doesn’t prevent others from sharing it.

The story is scraped together from screenshots of articles with headlines that actually tell the opposite of the disinformation claims – like “Icelandic app aims to prevent incest” – or video footage from police cracking down protests that have no connection whatsoever with the topic.

The video stuns viewers with twisted figures like  “38 500 children that have been taken against their will and handed over to same-sex families in Germany”. We have seen before how exactly the same disinformation message made its way to Georgia. And this is not surprising: if the Youtube video is the oldest version of the story, the message has been online for almost five years, which is more than enough for an disinformation message to put down roots. The message is clear: warning that following the path of supporting democratic values will inevitably lead to moral decay and catastrophe. And it is one of the favourites of the pro-Kremlin disinformation campaign.

But if effectively debunked, attempts to use social media to disinform the public can have a much shorter life cycle. This week, the Dnipropetrovsk police department in Ukraine refuted the disinformation that a Ukrainian policeman published a Facebook profile photo with a Nazi uniform. In fact, the person has never worked in the police. 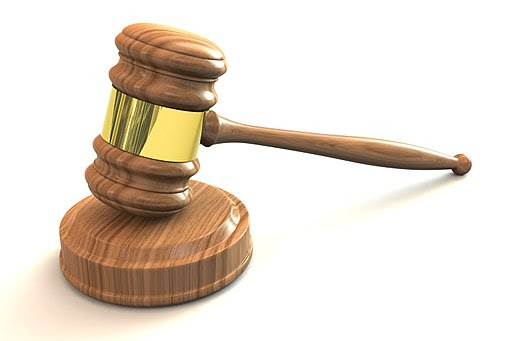 The complexity of international law makes it one of the easiest sources to create pro-Kremlin disinformation. So this week Russia’s foreign minister was reported stating that Russia has not violated the Budapest Memorandum. Argumentation: Russia has neither used nor threatened to use nuclear weapons against Ukraine.

Sounds convincing? Actually, the Budapest Memorandum states that “The United States of America, the Russian Federation, and the United Kingdom of Great Britain and Northern Ireland, reaffirm their commitment to Ukraine, in accordance with the principles of the CSCE [Commission on Security and Cooperation in Europe] Final Act, to respect the Independence and Sovereignty and the existing borders of Ukraine” – which Russiaclearly has violated by annexation of Crimea.

Secondly, Russia’s president has already confirmed that Russia was ready to put its nuclear weapons into a state of combat readiness during tensions over the crisis in Ukraine and Crimea.

Even Western outlets may end up confusing the audience with reports on Crimea. This week, a Euronews article told how the Russian army trains children in Crimea on how to plant and defuse landmines as part of army’s “recruitment drive”. The article failed to explain the background of Russia’s illegal annexation of Crimea, or to tell that Russia supports separatists in the war in Ukraine. Though the version of the article now on the website does concede that “Crimea, seen as a geopolitical stronghold for Moscow, was annexed from Ukraine in 2014” it also described how the European Union and US were prompted to impose “sanctions against Russia over the “illegal” move.” We recall that The United Nations General Assembly Resolution clearly says that Russia’s actions in the peninsula as well as the referendum held in the Autonomous Republic of Crimea violate international law.