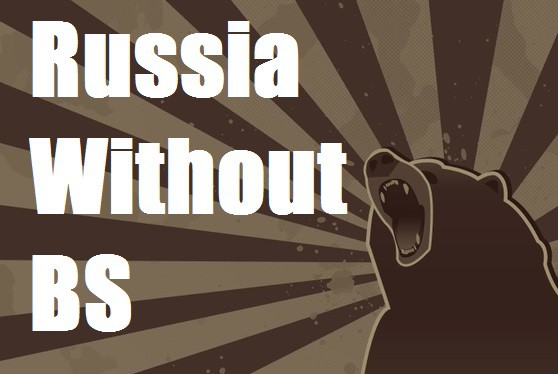 RT has been feeling the heat as of late, from critics in the West to Russians fed up with seeing so much of their state’s wealth pissed away on propaganda aimed at foreigners. The response to these critics has come largely in the form of anonymous hit pieces on RT’s website, as well as from RT chief Margarita Simonyan herself on her Livejournal account.

I’ve read plenty of these responses and they’re typically filled with bizarre logic, unsubstantiated claims, and insinuations about the motives of their critics. Personally I’ve found RT’s reactions to be rather amusing because they present a paradox- RT is supposed to be so successful, yet it has to constantly run articles about how popular it is, while its staff, including senior people and even the network’s own chief apparently spend considerable time attacking critics.

Imagine, if you will, that this entire blog was about how much CNN sucks. I highly doubt anyone from CNN would post a special op-ed on their website attempting to refute my claims. I’m quite certain the head of the network wouldn’t bother. I’m damned sure they wouldn’t attempt to smear me as some kind of paid agent, perhaps working for MSNBC. Naturally this is quite laughable, because big successful networks, even those which suck like CNN, don’t feel the need to defend themselves against such criticism.

Now lately I’ve been thinking of making a rule, more accurately a hierarchy, which describes the quality of Russian foreign language media. It goes RT>Sputnik>Russia Insider. And now days, if RT does something stupid, Sputnik’s going to lower the bar considerably. And that’s exactly what they did in this article.

In case you hadn’t heard, or in case you just don’t use Twitter, there was a parody account based on Sputnik that became famous for being near-indistinguishable from the real thing. If you want to see how indistinguishable, try your hand at this quiz. Recently the parody account was shut down for violating certain regulations in Twitter’s Terms of Service agreement, but it was quickly resurrected under a different name.

So what did the real Sputnik do? Well Sputnik is just so successful and widespread that they just had to dedicate an entire article to the parody account, claiming that it is proof of Sputnik’s popularity. This was a real genius move, as it duly informed otherwise unaware readers that there was a parody account. That in turn begs the question as to why there is a parody account in the first place. But that parody account was shut down and the article mentions this, right? Yeah, and it also mentions that it was restored. Just look at this:

“In what could be testament to the growing popularity of this website, Sputnik nevertheless attracted not one, but several parody accounts.
Unfortunately for the people running it, the account violated Twitter’s impersonation guidelines and was deleted, although a new one soon popped up.”

Hmmm…Your serious news site has, according to you, several parody accounts, one of which was so similar it was taken down for “impersonation.” So yeah, that could be a testament to the growing popularity of your website. But it could also be that your content is so redonkulously batshit insane that numerous individuals derive great entertainment out of satirizing it. Again, it begs the question as to why this site has so many parody accounts and why are they often difficult to distinguish from the real thing?

It gets even better though. Sputnicians vow to get to the bottom of this:

“Out of genuine curiosity, we here at Sputnik decided to carry out one of those “open source investigations” employing “digital forensics” to find out, with varying degrees of certainty, who is behind the account.”

Yes, the super popular serious news site conducted an “open source investigation” into the people behind these parody accounts. In other words, they’re doing the same thing they claim is utter bullshit when Bellingcat does it. But then again, they’re not really using the methodology of Bellingcat, which becomes apparent when you see the results they came up with.

“The preliminary results turned out to be pretty uninteresting: an American expatriate in Kiev, who also has some sort of vendetta against Russia’s president; a Finnish systems administrator, who has too much free time at the community college where he is employed; a Russian blogger, who in the recent past was involved in the killing and dismemberment of cats.”

An American expat in Kyiv with a “vendetta against Russia’s president.” I don’t know who this could be, but leave it to Sputnik to call criticism of their glorious leader a “some sort of vendetta.”

Next there’s the systems administrator who “has too much free time on his hands.” First of all, he’s a systems administrator, so the fact that he has time to tweet stuff from work shouldn’t be too surprising. Also it’s a little rich accusing him of having too much free time when these people are claiming they did an actual investigation into the people behind a Twitter account. Maybe they ought to be sending out some people to run down the story behind that hand grenade attack (originally thought to be an IED) at a bus stop on Pokrovka last night.

Lastly I don’t know about the cat-killing Russian blogger, but since no names are given for anyone and only the slightest details appear, we can’t really trust that bizarre claim. If the guy actually killed and dismembered cats I’ll be the first to condemn him, but as it is this just isn’t convincing.

And so those are the results of their big investigation. The article ends with the typical RT-style gloating and obliviousness to irony.

“It may seem like a worthwhile pursuit for three strangers, bored on the Internet, to entertain pundits, in essence becoming a second-rate version of them. Let’s hope that they learn the rules on trademarks and impersonation, or at least gain aspirations to go beyond small-time Internet fame.”

Once again, Sputnik is so successful, unlike these dorks with too much free time on their hands, that it must do an investigation, write and copy edit an article, all in order to not really expose three people who might be behind a Twitter parody account. Not website mind you, Twitter account.

This is all pretty funny because unlike RT, Sputnik doesn’t really have as much reason to panic and defend itself with bizarre polemics and hit pieces. RT has suffered budget cuts and scrutiny over its performance and expenditures. Sputnik on the other hand received an increase in funds. Sputnik is far cheaper than RT as well. Dumping RT entirely would save the Russian government massive amounts of money, and Sputnik would be more or less just as effective. RT’s responses to critics are stupid and often inaccurate, but it’s logical as to why they engage in these tactics. They are indeed exaggerating their popularity and they require a massive budget. What is more, RT’s responses aren’t aimed at parodies but rather serious pundits, analysts, and journalists. The information war narrative remains intact.

Parody is another matter however. The fact that Sputnik found this matter so important as to write an article about it, risking the inevitable discovery of its parody accounts, is because parody and satire are extremely effective. Before I explain why, let’s look at what isn’t effective.

Remember how we heard about the “weaponization of information” and how the EU countries needed countermeasures? There were numerous conferences, meetings, and lectures on this topic. The EU’s solution was to create a sort of “mythbusters” outlet that would debunk Russian propaganda sources. Now this thing actually exists, and here’s what it looks like. Wow.

I found some interesting resources in this and previous releases, but that’s me, a writer, long-term resident in Russia, in short, someone who deals with this kind of crap on a near-daily basis. If you’re a layperson or new to the game, it seems this wouldn’t be very informative. And if this is supposed to convince Russians living in Baltic countries as one of the stated goals was, forget about it. Comments like “No evidence for these allegations given” aren’t going to convince any of them.

The infuriating thing is that this project must cost money, and I shudder to think how much was spent on it. Compare these reports to Stopfake, which survives off grants and consists of about a dozen or so people. Which would you rather read? Which is going to give you more context and background? Stopfake shows what self-organizing people can do on their own initiative.

Just as Stopfake is more effective than dry, state produced reports and documents, parody is effective because it totally deflates the Russian propaganda machine, any propaganda machine really. Already some Russian foreign language media outlets have hurled themselves across the line into self-parody. Russia Insider, for example, did it with this gem about Putin’s Christ like qualities.  RT did it by publishing articles from that very same author, as well as whatever the hell this is supposed to be. Sputnik’s people must have been rightly scared at the idea that their brand was becoming indistinguishable from a parody account. What if someone more educated on Russian propaganda and the Kremlin’s political ideology were to create another parody? What if dozens of such people did?

RT, Sputnik, and the rest are very effective at attracting disaffected Westerners who don’t know much about Russia, its system, or its media. Russia’s propaganda machine paints itself as a voice of truth, a revolutionary voice against Western hegemony. Yet this image is as shallow as a teenager wearing a Che shirt and having no idea who he is. What is more, these people might have their convictions, but when they see that the Russian outlets are all followed by clusters of parody Twitter accounts or websites they’re going to start wondering how trustworthy these sources are. People don’t want to look stupid and thus they’ll be less inclined to associate with sources whose content is routinely mocked.

Panicky speeches about the “weaponization of information” and “information war” in conjunction with “hybrid warfare” only help people behind the Kremlin’s media. If they can show Western academics and leaders in hysterics over the information war, this not only confirms that the information war is a real, objective fact, and that the Russian efforts in information warfare are effective and thus worthy of their inflated budgets. On the other hand, if the Kremlin wants to see results and those results are laughter and mockery, the higher ups might be more than happy to pull the plug on an expensive budget item. Domestic propaganda in Russia is crucial, but foreign language propaganda is expendable.

So don’t panic. Point and laugh.