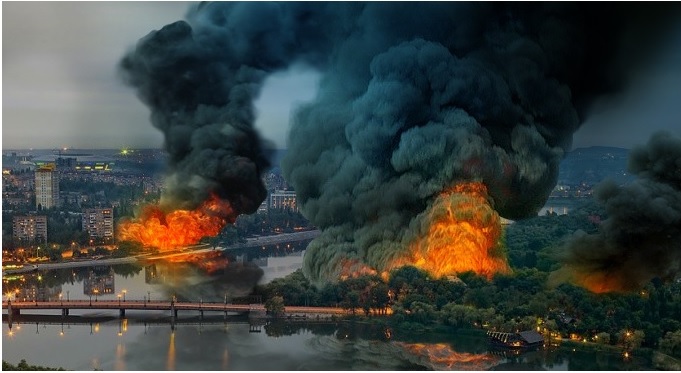 The picture of supposedly Donetsk caught in flames dated May 27 2014 is spreading across social networks. This picture was already used by Donetsk website “Navigator” to illustrate the battle actions.

However, there was no such fires in Donetsk. The citizens of Donetsk, who are the events eyewitnesses, further prove this. The obvious staging of the photo and its film like view drive to the conclusion that the picture was forged in Photoshop.

The original picture was taken from this page of a well-known Donetsk photo studio: Afterwards the picture was edited and had unrealistic intensive fires added to it.