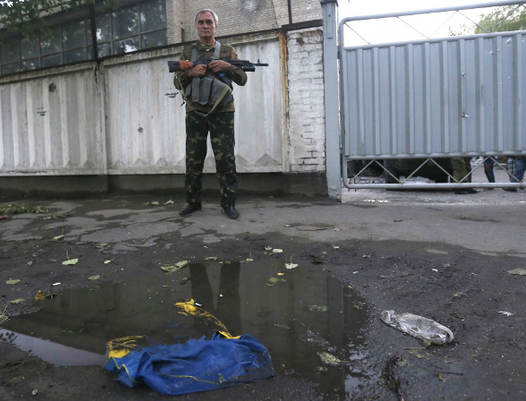 A photo of a man with a gun is spread in social networks and news sites. An inscription under this photo states that this man is a perished cameraman of Russian Channel One Aleksandr Klian.

For example, this photo was used by the site “European Ukraine”.

“Get yourself acquainted with a perished cameraman of Russian Channel One Aleksandr Klian. And don’t ask why he is holding a gun instead of a camera”, writes the site.

In fact, a man on the photo is not a journalist, but a militant of the Donetsk People’s Republic. A creator of this photo, Zurab Javakhadze, wrote about this on his Facebook page.

However, initially this fake was not launched by Ukrainian mass media, but by Russian ones, precisely by the news agency Interfax, which illustrated the news concerning the cameraman death with this photo. Later the agency changed the photo, but the previous one can be found in the web-archive.