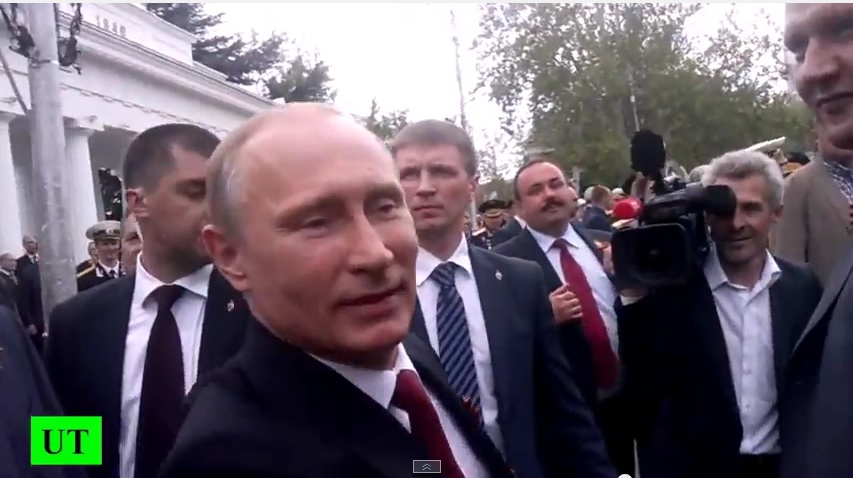 A video appeared on YouTube with a title “Putin arrived to Sebastopol. August 13, 2014.” This is an amateur video recording featuring the appearance of Vladimir Putin, the president of the Russian Federation, in Sebastopol and his conversations with people. In a scene, one could hear joyful cheers such as “Russia!” and “Putin”, as well as cryings of exalted female adorers of the Russian president.

However, the details of this recording reveal that it could not have been made made on August 13 of this year. Although it was hot and sunny on August 13 in Sebastopol, many people in the video are dressed in coats and light jackets and the sky is thickened with clouds.

“All day the sky was clear in Sebastopol and clouds did not gloom it with their presence.”

Moreover, all events transpiring on the scene of this amateur video were reminiscent of a story from another video recording, which was shot in Sebastopol on May 9 of this year; however, this recording was made from a different angle.

If one peruses these two recordings, the same people dressed in the same clothes and yelling the same words could be identified. Therefore, we can assert that another video shot on May 9 is presented as a story made on August 13.

Many Ukrainian media web-sites hurriedly spread this video with the inaccurate title and later noticed the inconsistencies and removed it from their web-sites.