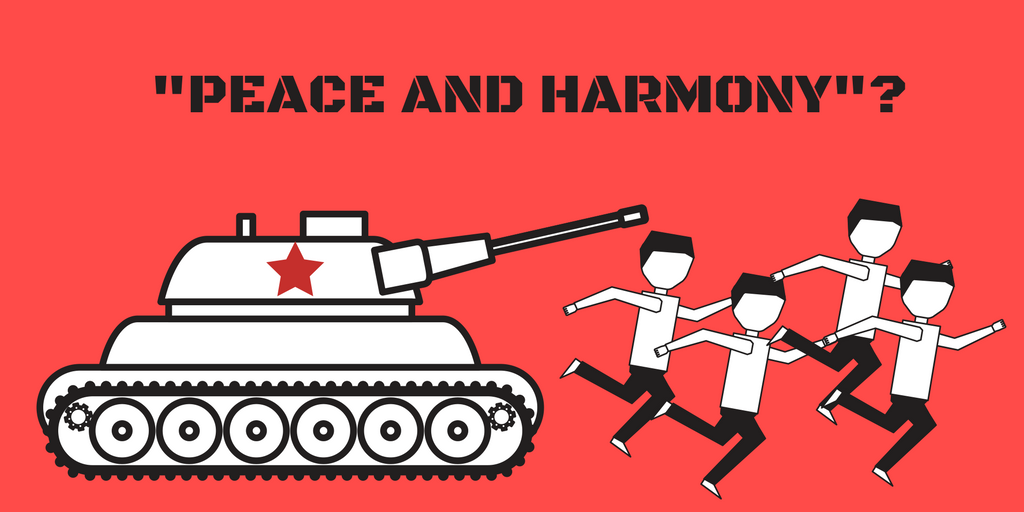 As explained in detail here, the Soviet invasion of Czechoslovakia was described in the official TV channel of Russia’s Ministry of Defence, Zvezda, as a way of preserving peace and harmony in the region. It was in fact a foreign hostile invasion.

Coinciding with the official Day of Remembrance of the Victims of the Holodomor, this man-made famine in Ukraine during 1932-33 was subjected to extensive historical revisionism by Russian state controlled TV. it is not the first time that atrocities are used for disinformation purposes. In the TV show “Vremya pokazhet” it was stated that it was a lie to claim that this was a purposeful famine, directed at Ukrainians.  And in another popular TV show on Russian state TV it was claimed that it was in fact an epidemic that claimed so may lives during those years in Ukraine, not an intentional policy of the Stalin era.

The facts are that, in a country once referred to as Europe’s bread basket, people suddenly starved to death in masses due to lack of food, caused by a deliberate policy to punish the Ukrainian peasantry, which had continued to resist the Soviet policy of collectivization. On 23 October 2008, the European Parliament adopted a resolution that recognised the Holodomor as a crime against humanity, caused by the deliberate policies of Stalin’s USSR.  And on 28 April 2010, a resolution of the Parliamentary Assembly of the Council of Europe declared the famine was caused by the “cruel and deliberate actions and policies of the Soviet regime” and was responsible for the deaths of “millions of innocent people” in Ukraine, Belarus, Kazakhstan, Moldova and Russia.

During the past week, pro-Kremlin disinformation outlets marked the fourth anniversary of the beginning of the protests at the Maidan Nezalezhnosti (Independence Square) in Kyiv, Ukraine. For at least four years, Ukraine has been a permanent front-line and testing ground for the multi-language pro-Kremlin disinformation campaign, in order to justify Russia’s military intervention and illegal annexation of Crimea.

This week’s disinformation gold mine was an Italian documentary that claimed it was Georgian snipers who opened fire on protesters in February 2014.  For a detailed debunk of the flaws, manipulations and inaccuracies the documentary is built on, read the analyses by Myth Detector, StopFake and the Insider. 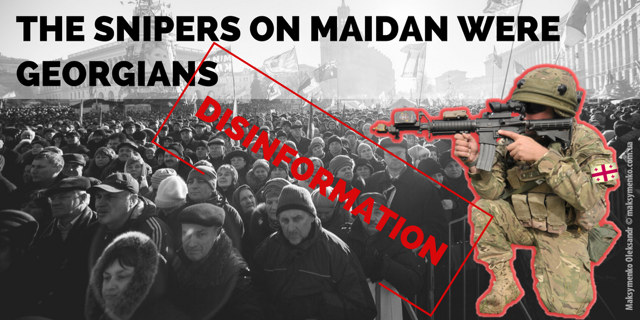 The story was covered by the main Russian TV channels and news outlets and on news portals in English and in Georgian. Let’s look at how the disinformation was tailored to these different audiences.