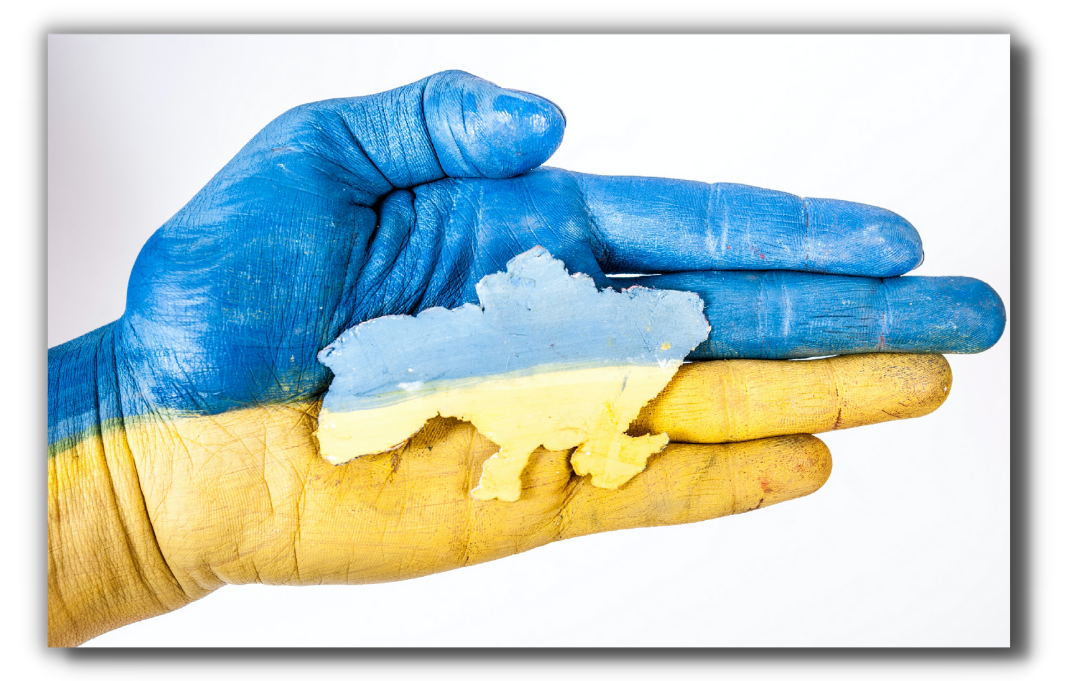 In a November 19 article in the Politico publication, Samuel Charap, an analyst with the Rand corporation analyzes Russia’s military threat on Ukraine’s border. Ascertaining that the US approach towards containing the buildup isn’t working, Charap suggests that “an unsavory compromise may be everyone’s best hope,” thereby preparing Western readers and policymakers to sell out Ukraine. Charap does not suggest this openly, but rather in a veiled way, urging the US to use its “largely untapped” leverage with Ukraine to nudge Kyiv to implement the Minsk agreements and thereby hamper Russia’s thirst for a military confrontation. “For Putin, the use of force is not an end in itself; if he can get some of what he wants without war, he likely will take it” Charap writes. Many Twitter users liked Charap’s proposal, particularly those that some would call influencers, who began retweeting the Politico article, discussing its message and by virtue of the Twitter traffic they created, giving credence to Charap’s premise. A proposal to defuse a potential war between Russia and Ukraine, particularly by someone with credentials such as Charaps’s deserves serious discussion except for one ‘but’, the arguments Charap puts forward for “an unsavory compromise” echo the Kremlin metanarratives which Russia has been pushing on its Western audience for more than a year.

A senior political scientist at the RAND Corporation, Charap, whose interests include the foreign policies of Russia and the former Soviet states, European and Eurasian regional security, and U.S.-Russia deterrence, strategic stability, and arms control, likely understands Russia better than some of his colleagues. A former visiting scholar at the Carnegie Moscow Center and the International Center for Policy Studies (Kyiv), and a Fulbright Scholar at the Moscow State Institute of International Relations, Charap is also a visiting scholar at the Valdai Club, a Kemlin discussion club gathering analysts sympathetic to Russia for annual meetings which are always visited by Russian President Vladimir Putin, who uses the opportunity to tell attendees how to properly analyze Russia. Charap has also made recommendations regarding Abkhazia and South Ossetia, Georgian territories currently occupied by Russia and recognized as separate entities by the Kremlin, recommendations that go against Georgia’s interests and are in favor of Russia.

Samuel Charap’s recommendations encapsulated in his Politico article position Ukraine as the sacrificial lamb, whose welfare could be dispensed with for the benefit of the West. The author emphasizes the need for the federalization of Ukraine and the reintegration of Donbas on Russian terms – exactly what Russia constantly insists on. And then, seemingly, there definitely will be peace.

Various opinion makers have been putting forth similar claims since 2014 when Russia occupied
Crimea and unleashed its war in Donbas. Since then, various analysts, journalists and politician have from time to time tested the moral and ethical principles of their countries by asking “are we not losing because of our aggravated relations with Russia over Ukraine”. Today the question is posed much more radically: “Are we ready to die for Ukraine?”. The Kremlin propaganda machine eagerly picks up such discourses and uses them for its own advantage. But before disseminating such messages, the Kremlin needs that these views be expressed by the right experts and at the right time, only then, can they be validated in the western infosphere through social media platforms such as Twitter, where through likes and dislikes, retweets, and comments, they come to the attention of statesmen and politicians who will ultimately decide whether to help Ukraine and how.

Western actors’ alternative views
The dissemination of Charap’s article was no exception. A far from common message for the western reader began making the rounds on Twitter where Kremlin friendly actors turned it into a mainstream theme. Among those who actively discussed Charap’s premise in a positive way and supported the ideas he proposes are several Twitter users who represent a particular group, have a certain audience and reputation, and can be considered influential in the Twitter universe.

One of the first to respond to Charap’s Politico article was Bryan MacDonald, the director of the Russia and Former Soviet Union Section of RT (formerly Russia Today), an official media outlet of the Russian government. MacDonald explains his employment at RT as follows: “after my story about Ukraine in 2013 was rejected by all Western media, because it was alleged that it was as if it was written by Putin, I understood that there wasn’t any balanced journalism there anymore”. In a November 21 tweet MacDonald explains Russian behavior as a reaction to NATO moving troops closer to Russian’s borders. Such statements completely echo the Kremlin’s rhetoric, which explains any of its international law violations by alleged Western policies of containment of Russia.

Another person who added her voice to support Charap’s proposals was “western journalist” Mary Dejevsky, a columnist and former Russia correspondent with the Independent newspaper, which is majority owned by the Russian oligarch Evgeny Lebedev.

Like Charap, Dejevsky also belongs to the Valdai Club and is quite vocal about Britain needing to change its policies towards Russia, for which she received the 2021 Valdai Discussion Club award. Officially Dejevsky received the award for “outstanding contributions to explaining and promoting understanding of changes that are taking place in global politics”. Responding to Charap’s article Dejevsky tweeted that she did not understand why the piece was seen as provocative as Ukrainian President Zelensky promised to abide by the Minsk agreement but was dissuaded by the US, EU and NATO, thereby pointing out that Ukraine is controlled from the outside by “hawks”. And the West is the source of the problem. Ending the war in Donbas depends entirely on agreements between the West and Russia, Ukrainians are not considered at all.

Another Twitter personality who paid attention to Charap’s article was Kevin Rothrock, the English language editor of the “liberal” Meduza website. Earlier Rothrock was the editor of the Moscow Times newspaper and he also worked at the RuNet Echo, a Global Voices project intended to expand and deepen the understanding of the Russian Internet. He also authors The Russia Guy podcast. To substantiate the fact that the United States, where militaristic moods prevail, should be expected to cause a military conflict with Russia, he cites a survey conducted in the US past summer by the Chicago Council. The survey canvassed some 2,000 Americans and shows that more than half of those polled are ready to send American troops to Ukraine if Russia takes military action. According to Kevin Rothrock, such sentiments in American society should become a strong argument in favor of Russian militarization, as a response to analogous US actions.

Leonid Ragozin, who identifies his nationality on Twitter as journalist and positions himself as an opposition Russian journalist, is in reality just another Kremlin mouthpiece in a well-formed bubble, with a positive reputation among Western journalists living in Moscow. Retweeting Kevin Rothrock’s tweet about the Chicago Council poll, Ragozin refers to US military support for Ukraine as jingoism that “reminds him of Russian obsession with defending Serbs in 2014” and warns the US about repeating such a scenario. His analogy attempts to paint the US as a possible aggressor who, with his reckless actions, is about to start another war. According to Ragozin, the main reason for the escalation is the increase of American power in the Black Sea. Although he accuses the West of militarism and Cold War rhetoric, Ragozin calls an article from the CEPA think tank in which Charap’s arguments are completely shattered hawkish.

Ben Aris, who spent ten years in Moscow as the Daily Telegraph’s bureau chief, is a former contributor to The Moscow Times and a founder of the bne IntelliNews business news service. In a November 22 tweet Aris asks “to what extent is US using this scare to force and forge a more united front with EU where US takes lead on Russian policy”. Behind this question is the thesis that the United States is fueling another crisis in relations with Russia from which it wants to be the main beneficiary. The US uses EU countries to launch a full-scale assault on Russian interests. The Kremlin itself is also actively promoting this idea, saying that relations between the European Union and the United States are those of a vassal.

Other analysts resort to emotional triggers in their comments about Charap’s article. For example, Emma Ashford, a senior fellow at the Atlantic Council’s Scowcroft Center tweeted “as an American, I don’t want my children or those of other Americans to have to fight a war – a potential nuclear war – with Russia over Ukraine”. Ashford is ready to accept possible Russian military aggression against Ukraine, because in this case such a war will not affect the United States and the rest of the world. And so Charap’s conclusion, according to Ashford, should be considered. She does not consider the fact that the policy of non-interference in the actions of an aggressor actually may lead to a full-scale war.

These are just the most active participants in the Twitter discussion that ensued from the Samuel Charap article in Politico. All of them generated tens of tweets about the piece, often answering each other’s questions and entering a twitter thread discussion. Nevertheless, this creates the illusion of actively discussing the idea that the West caused the crisis but the West should not die for Ukraine.