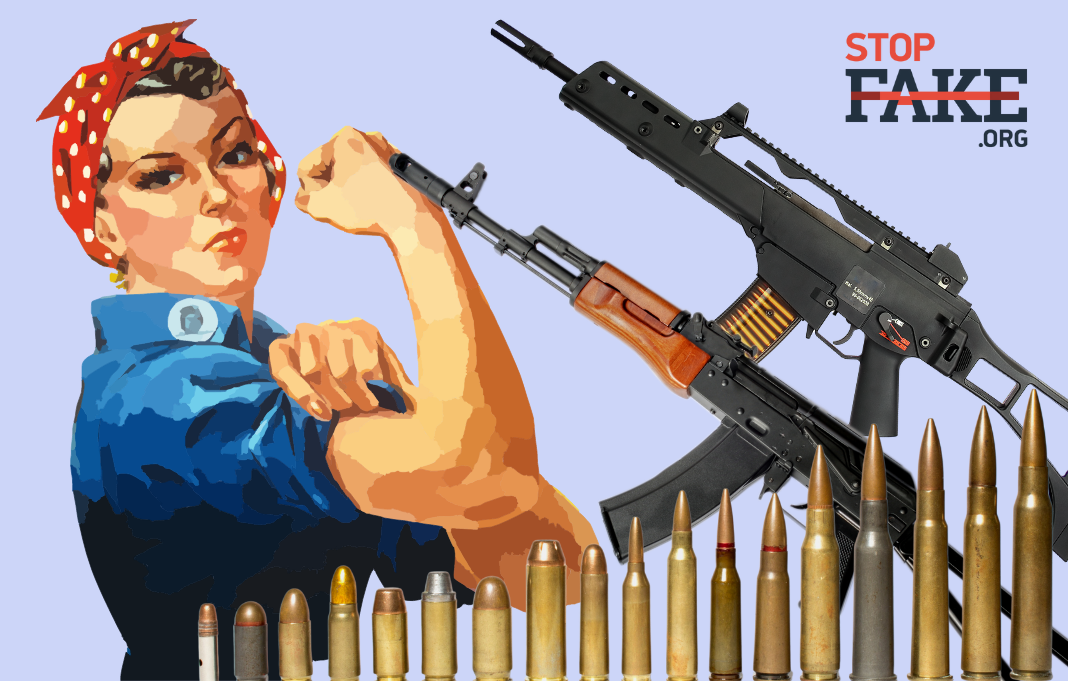 By Sergej Sumlenny, political analyst and former Director of the Heinrich Böll Foundation office in Ukraine

Germany’s Greens are a feminist party. This should make them hawkish when it comes to Ukraine and put an end to any reluctance regarding arms deliveries. Such a move would protect all Ukrainians, but Ukrainian women, first and foremost.

In January 2022, many Ukrainian women faced a tough choice. What were the dangers of remaining in their homes in eastern and northern Ukrainian cities? What should they do when the Russian army really does cross the border? Should they fight, flee or freeze?

Many Ukrainian women have enlisted in the Territorial Defense units, within the last weeks they have purchased hunting weapons – civilian models, often based on downgraded assault rifles. Ukrainian media are full of such stories. Others have stockpiled gasoline in case they have to quickly drive away in order to save their children and elderly parents.  Many are undecided as to what they will do. What remains ignored or underreported is what motivates these Ukrainian women to make the choices they will make.

The question: fight, flee, or freeze – is one that countless women have confronted when faced with sexualized violence. If a Russian invasion does happen, many women in the Russian militant occupied regions will most probably face sexualized violence. This likely fact is very real for Ukrainian women, but it is simply being ignored by many Western politicians – even by those who represent feminist parties, such as the German Greens.

In 2014, as Russia annexed Crimea and occupied the eastern Donbas regions, nobody in Ukraine could imagine the level of inhumanity which would be unleashed by the occupants. A very brutal reality check confronted the people living in the occupied territories. Very quickly it became clear that rape and the kidnapping of women for rape was an organized system enacted in order to spread fear among civilians and to punish the pro-Ukrainian women activists who were resisting the occupiers. Captured and imprisoned pro-Ukrainian women were often traded as “bonuses” for the mercenaries. “They would open the cell at 2 am and shout ‘come with us’ or ‘who will satisfy the boys on the 2nd floor?” – remembers Valentyna Buchok, a former woman prisoner of the self-proclaimed Donetsk People’s Republic.

Valentyna’s case was not an exception, but the rule, part of an entrenched system. In 2017, Radio Liberty gathered stories of people who were tortured in Russian prisons in the occupied territories. Rape, forced nudity, threats of rape, filming the women prisoners naked, these are typical abuses that many women in Russian captivity have suffered for years. Even Russian media and the so-called authorities of the Russian separatist statelets acknowledged that Russia-led warlords kidnapped and raped women.  After a conflict with the  Luhansk People’s Republic leaders, evidence about at least 20 cases of kidnapping, rape and murder by the notorious warlord Babay, who was a favorite of Russian state media in 2014, was revealed by the Luhansk People’s Republic.  In 2018, Ukrainian human rights activists issued a report on a network of 120 prisons and detention centers in occupied parts of Donetsk and Luhansk regions, in many of these, rapes were a daily routine.

According to international law, using rape as a terror weapon against the civil population is a most severe crime. In 1993, the UN Commission on Human Rights named systematic rape and military sexual slavery as crimes against humanity. In 2008, the UN Security Council stated that “rape and other forms of sexual violence can constitute war crimes, crimes against humanity or a constitutive act with respect to genocide.”

It appears that the Russian army and Russian-led units deliberately use rape as part of their tactics to spread terror and to suppress resistance. In October 2021, the office of the UN High Commissioner  for Human Rights published a report on Russian-led violence, intimidation and sexual assaults on the civil population of the Central African Republic. According to the report, Russian Wagner mercenaries (a mercenary unit organized and led by Russia’s GRU military intelligence service) “are committing systemic and grave human rights and international humanitarian law violations, including arbitrary detention, torture, disappearances and summary execution… Wagner Group officers have committed rape and sexual violence against women, men, and young girls in many parts of the country. “

This practice is not new. Already in the 1990s during Russia’s punitive military operation in the Chechen republic, the Russian army used rape as a terror tool. The most famous case which received considerable media coverage, was the March 2000 kidnapping, rape, torture and murder of 18-year-old Elsa Kungayeva by Yuri Budanov, a Russian colonel and commander of the 160th Guard Tank regiment. Because the case gathered international outrage and outcry, Budanov was tried and sentenced for the kidnapping and murder (but not for the rape). According to Human Rights Watch the practice of kidnapping young Chechen women and holding them as sex slaves was widespread within the Russian army. Russian soldiers would conduct sweep operations, house to house searches, during which many young women were kidnapped, or simply disappeared. Many of them were never seen again.

A friend of mine, a 30-year-old single mother of a 7-years-old daughter living in Ukraine, asked me a couple of days ago, what would be her best strategy for the worst-case scenario. I could not give her a real answer. Oleksandra Matviychuk, the founder and head of the Center for Civil Liberties, named the fear of being raped and tortured as one of the most substantial fears in the face of an imminent Russian invasion.

The only tool, which can help Ukrainian women avoid the terror of Russian invasion – as fighters in the field or as civilians in occupied towns – is the strengthening of Ukrainian defensive capabilities. Therefore, responsible feminist politics should include arms deliveries to Ukraine. Knowing all the terrors that a Russian occupation brings to civilians, one cannot call oneself a feminist and deny Ukraine the very tools that are essential for self-defense.