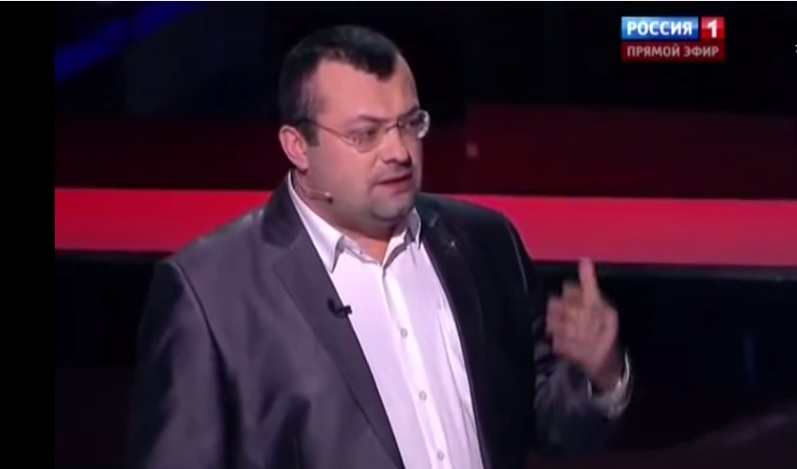 January 25, the TV channel Russia-1 demonstrated the talk-show “Sunday Evening with Vladimir Soloviev”. During this talk-show so-called minister of international affairs of “Donetsk People’s Republic” in deadly earnest said that soldiers of the Azov battalion (who, according to him, somehow turned to be Albanians) raped and killed in Berdiansk 22 young women. He also added that this was found out by local journalists and law-enforcement authorities were trying to pin this crime on some maniac.

Firstly, Berdiansk journalists heard about this crime from the very program of the Russia-1. Secondly, the press secretary of the town police division Ihor Horetskyi assured the Berdiansk news portal pro.berdyansk.biz that this a blatant lie.

“We have no statements of such crimes”, emphasized Ihor Horetskyi. “There were no bodies, no rapes. If such thing had happened, it would not have been possible to conceal it. That’s why I assure you that the information told on the Russian TV does not correspond to reality”.