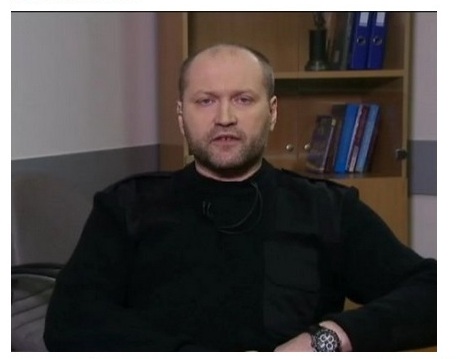 On November 7, antifashist.com posted news about newly elected politician Borislav Bereza telling on the air of Inter TV-Channel that “soldiers who return from ATO zone with some firearms and miners will come to the Parliament on Friday and take MPs through Grushevskii Str to Lobanovskii Stadium to shoot them”.

The news was further carried by other pro-separatist websites and social networks.

However, the information is false. It was refuted by Bereza himself on Facebook. “Ruscist journalists spend more time inventing news than covering them. If I do not give interview, they chose other ways. They come up with an interview that never took place,” wrote Borislav, referring to the “news” of Antifascist website.

Note, that antifashist.com does not provide a link to the “Inter interview”, which it refers.

Last time Borislav Bereza gave interview on Inter was on 31st of October, in the programme  Black Mirror. He did not speak about shooting MPs, or shooting anyone, or other forms of lynching of MPs or ministers.