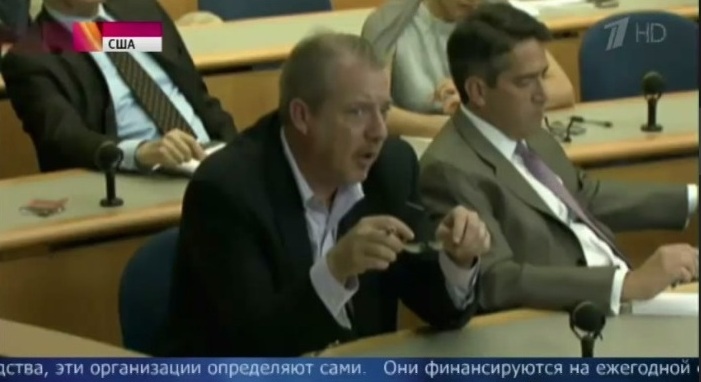 On October 15, TV program News  on the Channel One showed an extract from the briefing of the spokesperson for the United States Department of State Jen Psaki, where she allegedly answered in the affirmative when asked if the USA was financing the revolution in Hong Kong.

As it follows from the news item, the USA authorities did not give a direct assistance to the protesters but dictated to non-governmental organizations how to spend money received from the U.S. Government.

This news of the Channel One was actively spread around social networks and other sites.

As a matter of fact it is not true. The employees of the Channel One falsely interpreted Jen Psaki’s answer to the question of the journalist Matthew Lee.

He asked several questions about financing non-governmental organizations in Hong Kong. The last one was interpreted by the Channel One as follows:
Journalist Matthew Lee:
“So did the U.S. Government writ large, in terms of the Executive Branch, in this case with Hong Kong, tell any group what it wanted to see done with its money?”
Jen Psaki:
“Yes, that’s how the funding works”.

You can find the transcription of the whole 44-minutes briefing on the site of the United States Department of State.

When comparing the original 44-minutes video of Jen Psaki’s briefing on Youtube (uploaded by the United States Department of State) with the news item of the Channel One, you can notice the specifics of the cross-cutting by Channel One journalists. From the whole video they chose two shots with a surprised journalist and his laughing colleagues in order to show other people reaction to Jen Psaki’s words. As if even American journalists were surprised to hear her answer. However, in the original video nobody was surprised or was laughing at that moment.

By the way, here, next to Matthew Lee, who is asking questions and playing with his spectacles, there is a journalist.

Here this journalist is surprised, but at the same time we can see that in the left bottom corner Matthew Lee is sitting with his spectacles on. But when he was asking and listening to the answer he was holding his spectacles in his hands.

We have the same situation with journalists that are smiling, but not at the moment of this answer.