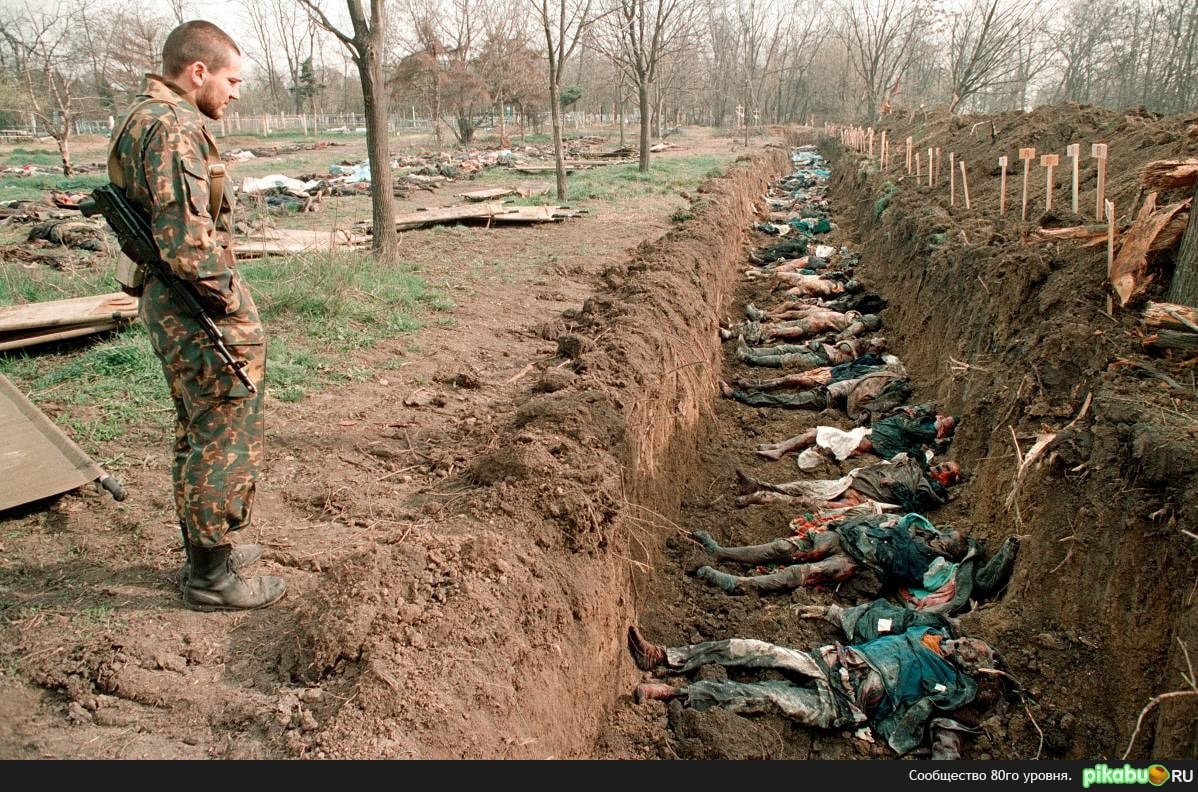 On October 25, Russian Channel One showed a news item entitled “Terrible images from Donbas, which Ukrainian TV does not show, residents of Kyiv saw all the same”.

In this news item an anchorwoman tells that the organization Cyber-berkut allegedly managed to get access to dozens of advertising screens in the center of Ukrainian capital. “People stopped before monitors where photos of victims alternated with photos of politicians”, says the anchorwoman.

But this photos, as if of “victims from Donbas” are photos of 1995 from Chechnya depicting reburial of peaceful inhabitants of Grozny.