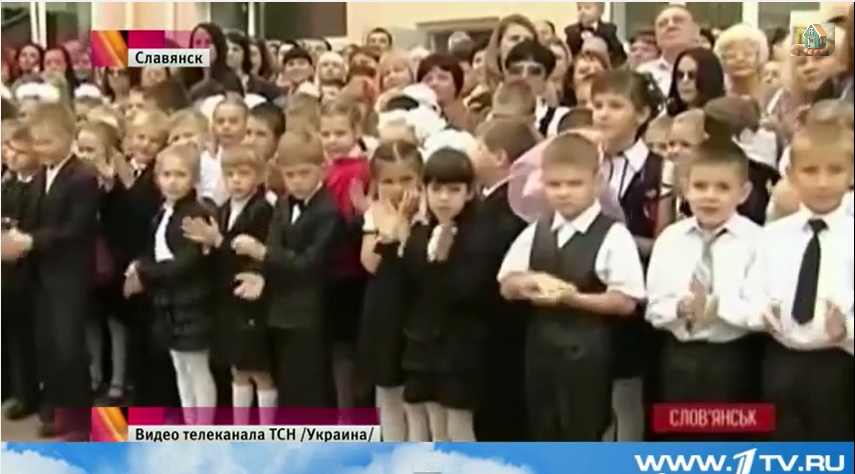 On September 10, Russian Channel One in its news program showed a report about Ukrainian authorities starting to tread on the neck of the Russian language in Sloviansk.

“Note that the educational programme in Sloviansk has been changed. Children are no longer allowed to study Russian, as the pupils report, now they are taught German instead. Apparently, it is closer ideologically to the current authorities. And this all is despite Kyiv’s promises not to infringe on the rights of the Russian speaking citizens,” stated in the report.

This information was refuted by the head deputy of Sloviansk department of education Larisa Zhidkova in her interview to the journalist of OstroV e-outlet. According to her, changing of Russian for German in the language learning programme, “is untrue in the mildest term”.

“It all depends on the recommendations of the Ministry of Education and Science and on the class. In particular, there are cases in which grade 5 pupils received more hours for studying Russian. Classes that study in Ukrainian have more hours dedicated to the study of the state language, while the classes that study in Russian receive more hours to study the Russian language, there is nothing strange in that,” stated the department’s representative.