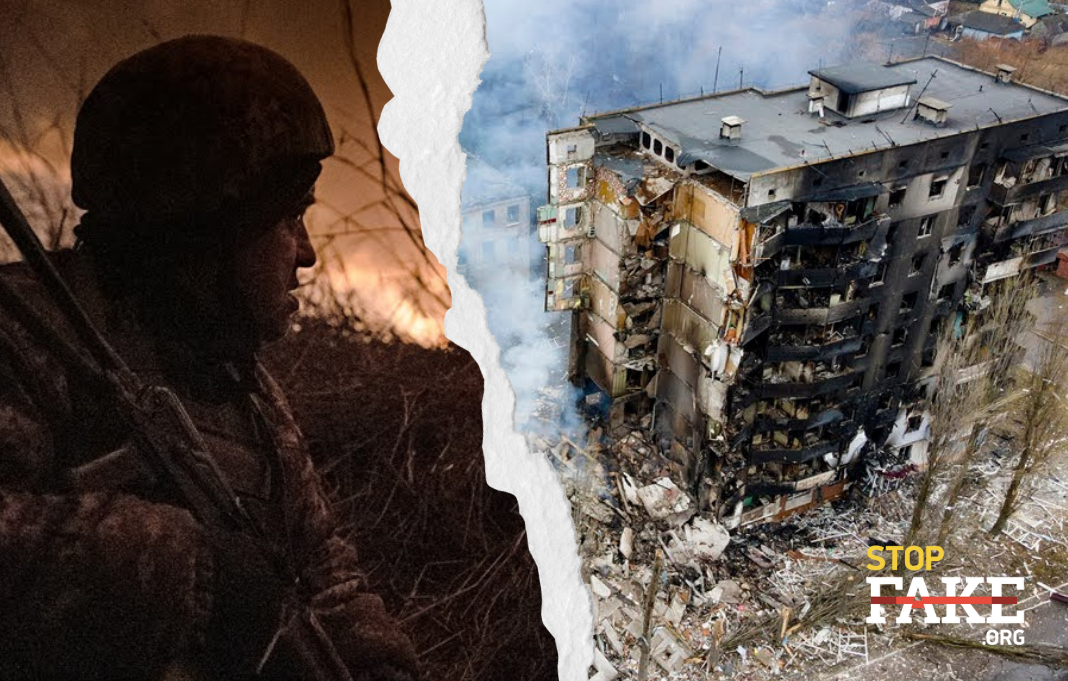 Last night, Russian occupying forces have shelled Zaporizhia’s Nuclear Power Plant (NPP) in the south of Ukraine, resulting in a fire on the territory of the NPP. As of now, it is controlled by Russian occupying forces. This plant is the biggest one in Europe. For the first time in world history, a targeted attack has been made against a nuclear power plant. The inability to cool nuclear fuel could now result in a nuclear disaster for Europe and the whole world even more dangerous than the accident at the Chernobyl PPC in 1986.

Last night’s events show that Vladimir Putin’s regime has no moral constraints. The artillery shelling of civilian homes, kindergartens, hospitals, maternity units and the bombing of the Kharkiv’s city center, resulting in the destruction of the civil administrative building and causing the death of innocent civilians, is only the prelude before the threat of the new nuclear apocalypse on a continental scale, caused by the Russian occupying army.

This situation requires action, in order to prevent such situations from happening again – and not only with words about the inadmissibility, but also with concrete actions. A No-fly zone over Ukraine, which could be imposed by our partners from NATO, would ensure the safety of such strategic locations and prevent future attacks by Russian forces. However, until now, we see only delays by our partners, if not a total refusal to act, despite the active work of Ukrainian diplomats.

So, what is a no-fly zone? Why are western leaders not ready to establish one over Ukraine? What can be done to prevent disaster from happening?

The concept of the no-fly zone itself (also known as closed skies) is relatively new in international security. In the 90’s after the end of the Cold War, new approaches were formed in matters of international security. In times of confrontations, each conflict was considered a potential nuclear threat. That is why such military operations weren’t widely known as such, beyond a traditional understanding of air superiority. Development of the new high precision missiles, more sophisticated air defenses, and the reduction of the nuclear threat has helped tremendously in the 90’s.

The reasoning behind a no-fly zone is to restrict bad actor aircraft from operating in the established area of deconfliction. This allows ground forces to conduct military operations without threats from bad actor aircraft, and in the event of humanitarian need, to deliver assistance to establish and maintain surviving infrastructure. Here, you can add additional intelligence to create a safe logistics route. Up to this day, the no-fly zones were used 3 times: in Iraq (1991-2003), in Bosnia and Herzegovina (1993-1995), and Libya (2011). We should consider that in 2 out of 3 occasions – in Bosnia and Libya – establishing a no-fly zone was initiated by the decision of the UN Security Council.

What Prevents NATO From Closing the Sky Over Ukraine?

In recent weeks, we have heard statements from Western leaders that the issue of the No-Fly Zone over Ukraine cannot be resolved. More precisely, a decision is still made, if the lack of a decision can be considered a solution. None of the NATO countries expressed readiness to quickly close the skies over Ukraine. It culminated in a press conference by Prime Minister Boris Johnson where he told reporters that the potential closure of the skies over Ukraine could lead NATO into war with the Russian Federation and thus provoke World War III with its further development into a nuclear conflict. It is significant, among other things, that the shelling of the Zaporizhzhya nuclear power plant occurred after this statement. So, the world’s refusal to help is increasingly untying Putin’s hands?

Let’s put aside the perfectly justified indignation of Ukraine for now and look at the facts. NATO can close the skies over Ukraine without the need for additional troops. Growing Russian aggression over the past four months has led to a significant increase in the number of NATO troops and assets on the eastern flank, including aircraft. In addition, let’s not forget about the Allied naval forces deployed in the Mediterranean, which are also capable of providing powerful air defense.

This fear of drawing NATO into a Third World War is exaggerated. The Ukrainian army has been resisting on its own for more than a week and in some parts overcoming the power of the so-called Second Strongest Military in the World. This experience shows that, in general, the potential of the Russian army to conduct even medium-sized operations is deeply overestimated.  Ukraine is not demanding NATO to directly participate, however, together they could defend the eastern borders of the civilized world (though the offer does sound tempting). The closure of airspace will be a preventive action, not aggression, and will help to avoid new civilian casualties, the flow of refugees, the destruction of critical infrastructure and damage which poses a threat to the whole world. Therefore, a No-Fly Zone is not aggressive, but a warning against new attacks on Europe by Russian immoral authorities.