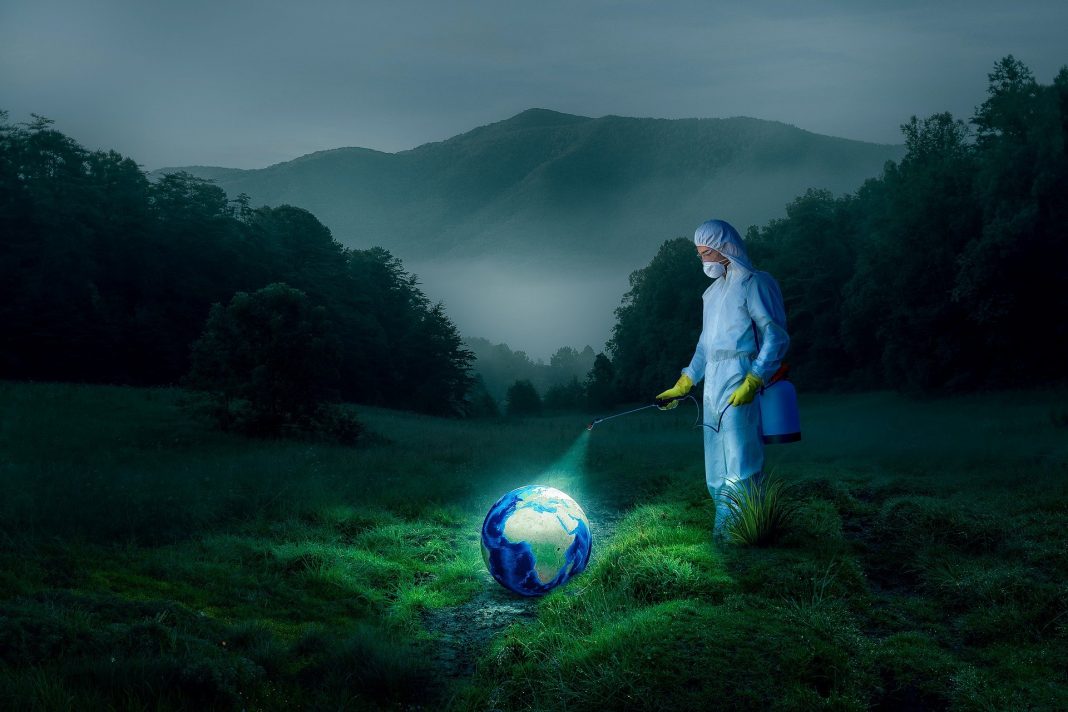 The coronavirus pandemics has radically changes people’s live. Complete evaluation of the scale of transformation is, however, a bit difficult because we are still in the period of the outbreak of a dangerous illness which constitutes direct and immediate threat.

The pace of spread of COVID-19 and the character of consequences of the virus for respiratory system only strengthen the panic. On top of it there are the lack of the coherent treatment protocol and lack of vaccine which could limit the spread of the pandemic. Even this situation has not limited disinformation activity of at least two countries – Russia and China.

The reasons for this are rather simple and they have nothing to do with the origin of the virus from Chinese city of Wuhan. The fact is that the leaders of the Russian Federation and PRC, unlike the leaders in the West, are actually independent from the democratic will of their citizens. That is why Moscow and Beijing are trying to use this situation for their own purposes with turbulent political processes in the United States and the European union in the background. Primarily, it is an attempt to spread fake news and swing the situation. Few years ago the EU experts stated that fake news spreads six times faster than conventional news – now the pace has risen even more – and the NATO anxiously points out that Russia and China want to use the situation.

There are many reasons for that. Firstly, the range of the lockdowns in the spring in many European countries made many citizens stay at home while consuming various messages in overextended quantity. Often they are spread via communicators and social networks under the slogan “The neighbour knows better”. Secondly, coronavirus has touched many world leaders: Boris Johnson, Donald Trump, Andrzej Duda and a range of less known personas of world politics, who were made try their forces in a fight against a serious illness. Thirdly, Bill Gates joined the favourite villain of Russian propaganda George Soros and various doubtful sources started to spread the fake news about spreading coronavirus via 5G antennas. Even though in many European countries, especially in the post-soviet countries there is no 5G system at all, this fact does not stop the spread of fake news about it.

Already in the spring 2020 Chine tried to „sell” the international community its own method of fighting the coronavirus – hard administrative restrictions. In the same time China voluntarily posed as medical equipment and medical clothing supplier, which was, by the way, transported using Ukrainian cargo planes AN-225 Mriya and An-124 Ruslan. Anyway, the China’s economic slowdown can be recompensated in the nearest future and public attacks by Donald Trump only help the Chinese leaders to strengthen their position.

In March 2020 some Russian experts could still say that coronavirus is a contagious illness only in the West but already in May military parade commemorating 75th anniversary of win over Nazism in Europe has been its victim. The deadly harvest of COVID-19 did not spare Russia and Putin was forced to flee to the individual bunker designed to withstand the nuclear winter. However, the Russian authorities are perfectly aware of the importance of information for the modern world and the president of the Russian Federation has announced in August 2020 the registration of the coronavirus vaccine in this country. It was given the symbolic name of “Sputnik V”. According to Putin, one of his daughters got vaccinated with it. Ukrainian pro-Kremlin politician Victor Medvedchuk also informed that his family hot vaccinated with the Russian invention.

During the September discussion on the plenary session of the UN Vladimir Putin expressed his readiness to supply the UN’s staff with the vaccine but his offer was kindly refused. By now, only Alexander Lukashenko agreed to test the Russian vaccine on Belarussians whom he calls “Russian with the quality mark”. The purpose of Kremlin is obvious: it aims at be the first to invent the vaccine, which would then be generously given to everyone, giving Kremlin the points to restore its damaged reputation.

There is also one more element, which is not spoken about openly by the Russian government. The second wave of the pandemic in Europe and America is significantly larger in scale which causes the spread of panic. In murky waters of human fears Kremlin wants to obtain its political dividends, such as cancellation of the sanctions for occupying Crimea and hybrid actions in Donbas. The West should stay alert because the fact that Putin and his surroundings are trying to “mount” the second wave of the coronavirus is not a coincidence.