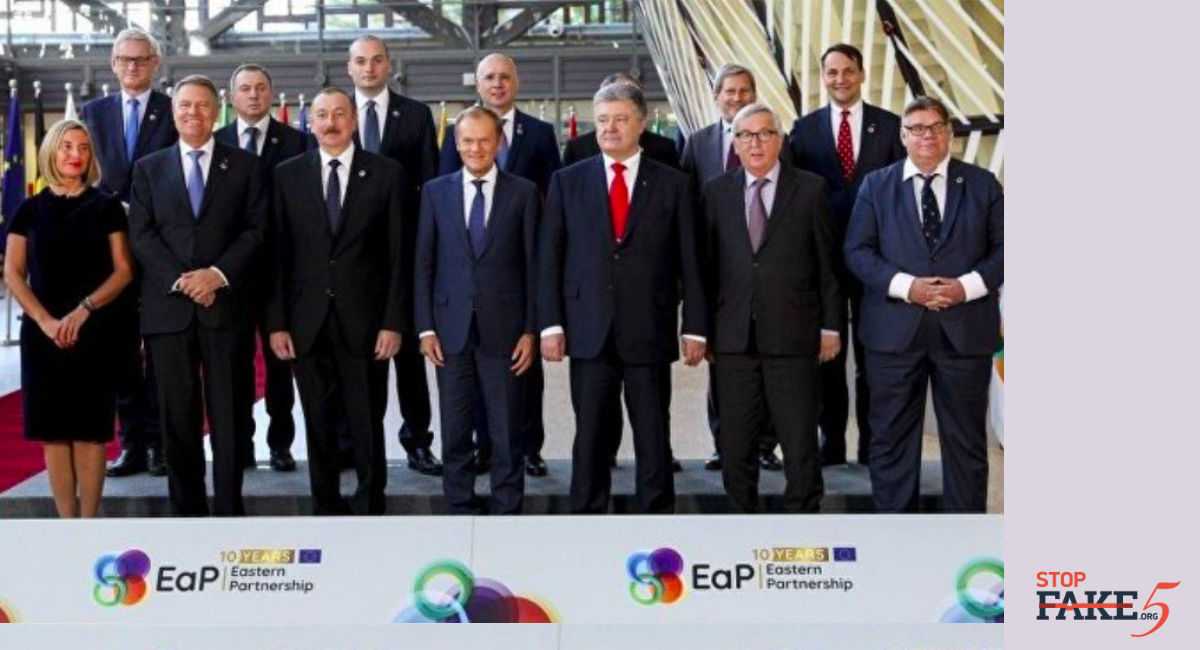 Friendship vs. Russia, Russophobic organization, veiled colonization of Ukraine and other countries – these are just a few of the epithets that Russian media have flung at the EU’s Eastern Partnership program. StopFake presents the main Russian propaganda narratives about EU cooperation with its six eastern partners, Ukraine, Azerbaijan, Armenia, Belarus, Georgia and Moldova. 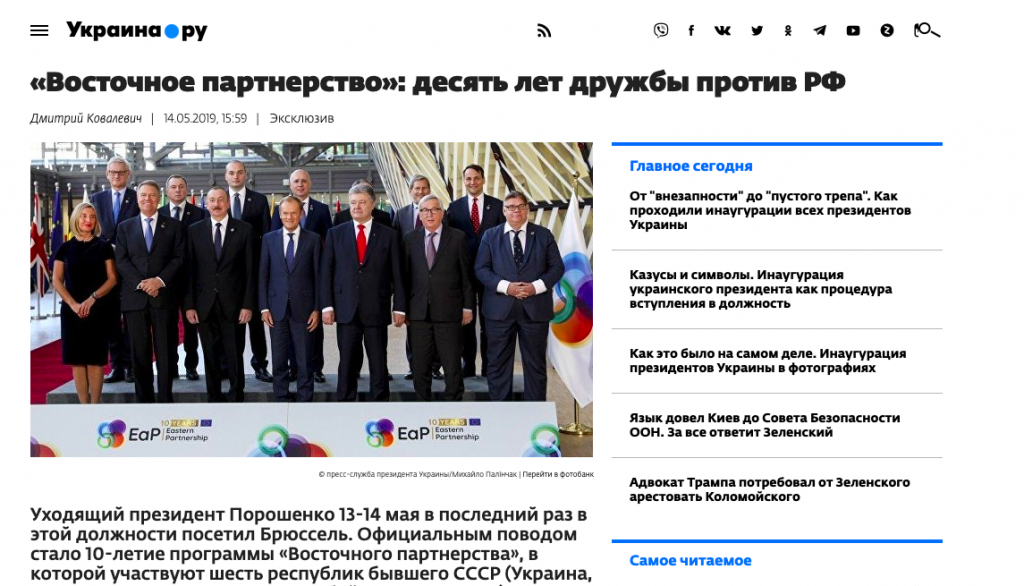 The Eastern Partnership provides an avenue for trade and economic strategy and also aims at building a common area of shared democracy, prosperity, stability, and increased cooperation. Through the Eastern Partnership the EU provides financial assistance to eastern European countries carrying out economic and political reforms. The result of such reforms is the signing of an EU Association Agreement, the creation of a free trade zone, and a liberalization of the visa regime with the EU. Each partnership member determines for itself the depth of its cooperation with the EU. The EU has repeatedly reiterated that the Eastern Partnership program is not a geopolitical project, but a democratic, economic, educational platform for participating countries. There is no colonization of partnership countries nor any propagation of anti-Russian views or sentiments.

Fake #1. Through the Eastern Partnership the European Union deprives Russia of markets and its traditional spheres of influence

Eastern Partnership countries can trade with any country they chose, including Russia. Because of the Kremlin’s aggressive policies, countries such as Ukraine, Georgia, Moldova and Azerbaijan are indeed reducing their trade ties with Russia. However, Armenia and Belarus continue to successfully trade with Russia and even belong to the Russian Eurasian Economic Union.

Fake #2. Eastern Partnership promised Ukraine the moon, but brought it only poverty.

Ukrainian poverty is a favorite narrative of Russian propaganda.  Russian media claim that the signing of the Association Agreement between Ukraine and the EU in 2014 brought on great inflation. This is a complete fake as it is Russia’s invasion of Crimea and Ukraine’s eastern territories that uprooted huge swathes of Ukraine’s population and caused their impoverishment.

Fake #3. Eastern Partnership promised to improve transport links with the EU, but instead brought on infrastructure collapse.

Over the last few years, the world’s leading low cost airlines have entered the Ukrainian market. Currently some 110 flights out of Kyiv are serviced by low cost airlines. Last year alone Ukraine’s central airport Boryspil served more than 12.5 million passengers. Flight connections throughout Ukraine are growing and expanding. Today Ukrainians can also reach EU countries by train; Ukraine has launched dozens of trains which depart for EU countries on a daily basis.

Fake #4. The Eastern Partnership is an aggressive project that led to a civil was in the Donbas region.

Russian media is fond of referring to the conflict in eastern Ukraine as a civil war. The Eastern Partnership program has absolutely nothing to do with Russia’s invasion of Ukraine’s eastern Donbas. Ukraine has provided ample evidence of Russia’s participation in the war. In January 2017 Ukraine’s Foreign Ministry advised that Ukraine had filed a lawsuit with the UN International Court of Justice in order to bring Russia to justice for acts of terrorism and discrimination stemming from its illegal aggression against Ukraine. The suit presents a timeline of Russia’s illegal aggression against Ukraine and evidence of Russia’s illegal annexation of Crimea and the occupation of Donbas.