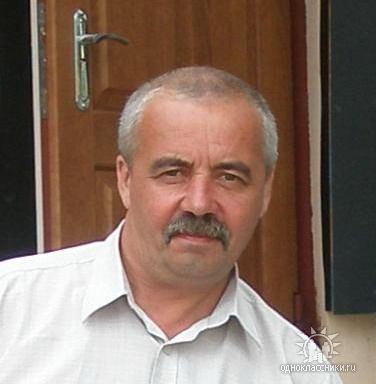 Internet teems with stories about “the hero of the Luhansk army” Oleksandr Skriabin, who is said to throw himself in front of a Ukrainian tank with a bunch of grenades. This news was picked up by almost all leading Russian mass media: Interfax, Komsomolskaya Pravda, Moskovskiy Komsomolets, Vesti and many others. In response to the request about this man Yandex produces about 8 thousand references.

This story of a heroic deed, spread around in media, originates from the post on the Vkontakte page “Summary messages from Strielkov Igor Ivanovich”. It bears reminding that Igor Girkin (Strielkov) is one of the self-proclaimed leaders of the so-called Donetsk People’s Republic. Girkin himself has already announced that he has no account in social networks.

“A heroic deed of Krasnodon Cossack Oleksandr (on the photo) during the battle near Izvarino. Yesterday a battle near Izvarino took place, our friends Krasnodon Cossacks took part in it. One of them was wounded in a leg, and his friend Oleksandr Skriabin died heroically having thrown himself in front of a tank with a bunch of grenades. Here is an account of this event by his friend V. Yu. What could be added here?

“This is Oleksandr Skriabin. My friend and my brother. We know each other since our childhood. We studied in the same class. We served in the Army at the same time. We married almost at the same time, our children are classmates. He served in the Internal Troops, while I served in the Airborne Forces. We had wives, children, we were living peacefully, we were friends, became godfathers for the children of one another, and here comes… the war. Right in front of my eyes Sashka leaped under a Ukrainian tank and died like a hero for all of us. I don’t know what I am to tell his wife and two daughters. I really don’t know… I have never suspected that Sashka is capable of doing this. He is a hero. A REAL HERO! He would be 55. He worked as a mine mounter in Talovskaya” , wrote an administrator of the page “Summary messages from Strielkov”.

However, Oleksandr Skriabin, whose photo and personal data were used in the news about “the heroic deed”, died as far back as on September 29, 2011 from the lung cancer, as reported by his friends on his page.

If Oleksandr were alive now, he would be really 55. According to his page in Odnoklassniki before his death he really lived in the Luhansk Oblast in the town of Molodogvardiysk.

Now on his page people post comments admiring his heroic deed of blowing up a tank. Meanwhile his friends, commenting the photo, express their indignation at how mass media disturbed Oleksandr’s soul.

Apart from this story about a tank, allegedly blown up by Oleksandr Skriabin, there weren’t any other reports about a tank being blown up near Izvarino.

Moreover, the fact itself that a man with a bunch of grenades could blow up a tank is quite dubious, as a tank could be blown up only by firing a grenade launcher with a hollow charge grenade. There are no modern hand grenades that are capable of damaging a tank or an airborne combat vehicle. If you blow up a grenade right near the wheel, an infantry combat vehicle could be stopped for about two minutes, while it self-pumps the damaged wheel. However, all the news about the “heroic deed” report precisely about a tank.

“Komsomolka” does not give up. This newspaper issued one more article about Oleksandr Skriabin. Now they have the following version: the soldier was wounded and blew himself up in order not to be captured. We can still see on the photo the man who died three years ago.

Social networkers also contributed to spreading of this untrue story.

“Today I have communicated with Vitaliy Yurievich, a citizen soldier and a friend of Oleksandr Skriabin, a Cossack who threw himself in front of a Fascist tank near Izvarino. He send me photos of the funeral of his friend, of the miner, the Cossack, the hero of Novorossia and the Luhansk People’s Republic”, writes in Facebook Marina Svietova.

We thank Marina Sokolovskaya for helping us to prepare this material.