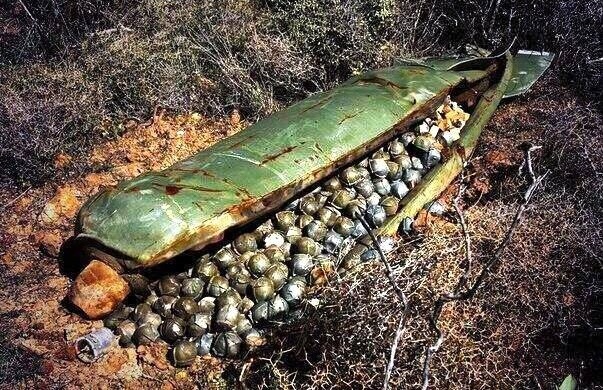 A photo of a cluster bomb, which was allegedly used by Ukrainian army and allegedly found by pro-Russian militants in the outskirts of Donetsk, is being spread throughout social networks and some news sites.

Russian news agency Regnum also published this photo on its Facebook page and even added the inscription “Photofact”. However, on their site this news was published without illustration. As a matter of fact this photo has nothing to do with Ukraine. It was made by a photographer of Associated Press Mohammed Zaatari on November 9, 2006. The photo shows a cluster bomb which was used by Israel while shelling Lebanon. In 2010 prohibition of using cluster arms came into effect. But the main arms producers – the USA, Russia, China – did not acknowledge it.