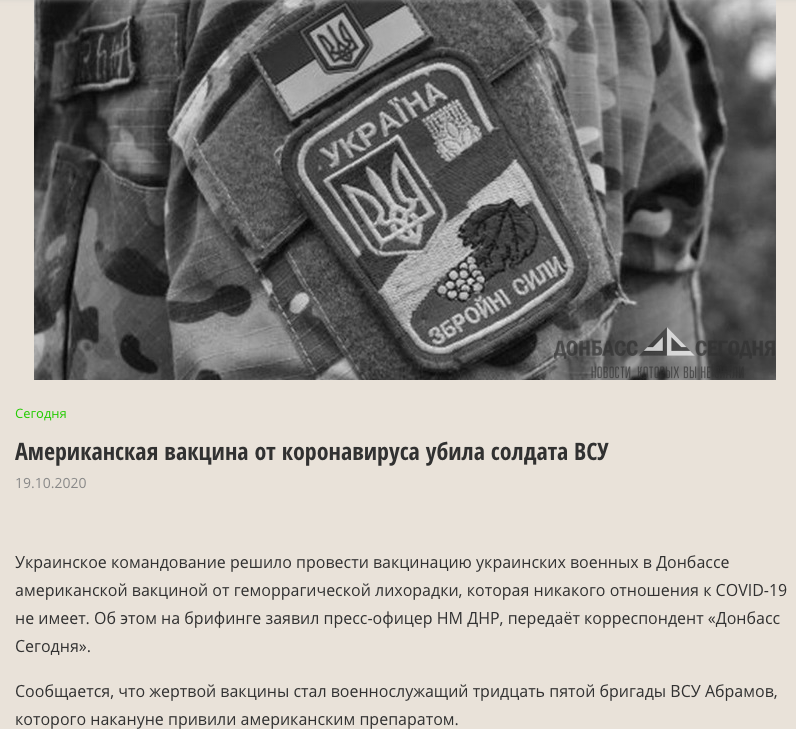 Russian media circulated a story last week claiming that Ukraine’s military leadership decided to vaccinate Ukrainian military personnel serving in the Donbas with a “US viral hemorrhagic fever vaccine, which has nothing to do with COVID-19” resulting in the death of one serviceman. Donbas Sevodnya, a pro-Kremlin publication covering news in the Russian occupied territories of eastern Ukraine was the first publication to feature this fake claim, citing a police press officer from the self-proclaimed Donetsk People’s Republic as its source. News2.ru, Smi.today, PolitRossia, Inforeactor, PolitNavigator, Novorossia, Yuzhnyi Federalnyi, Aktualnye Novosti quickly followed suit.

16 persons have died of the coronavirus among Ukraine’s military, three of whom were active serving servicemen.