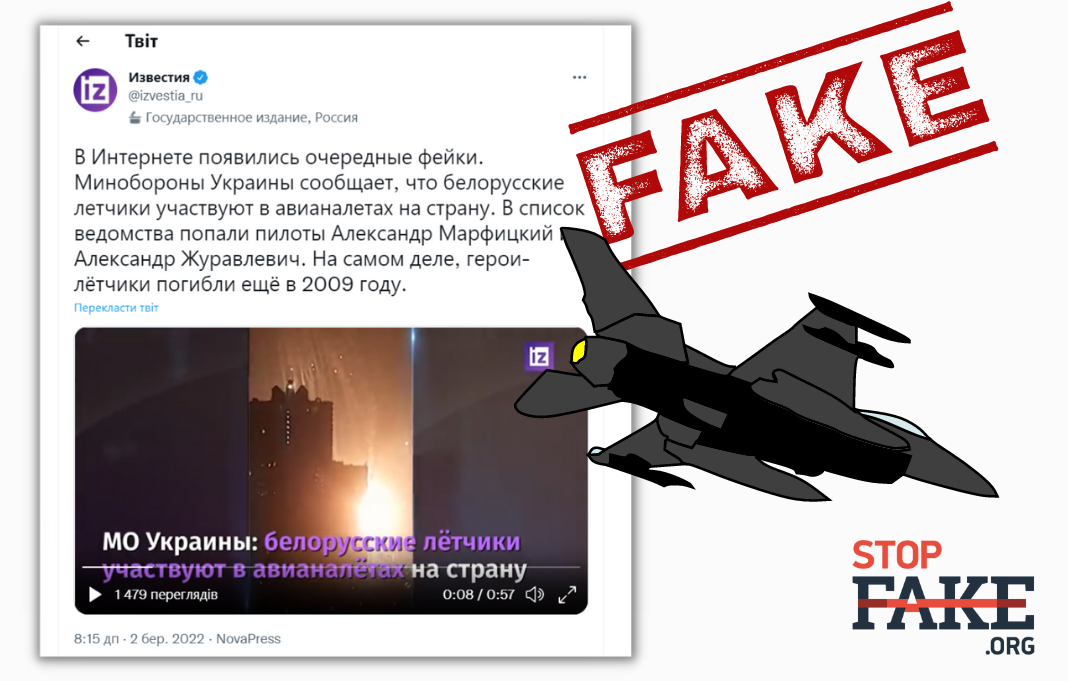 Ukrainian intelligence has publicized the names of commanders of the Belarusian Air Force who are involved in the shelling of Ukraine and its civilian population. Russian propaganda reacted immediately, claiming that two of the men on the list died long ago, therefore Belarusian pilots could not be taking part in the war against Ukraine.

Kremlin media immediately accused Ukraine of distributing fakes. Alexander Marficky and Alexander Zhuravlevich, Belarusian pilots whose names are on the list of those aiding and abetting the Russian invasion, died in 2009, Russian propagandists claim.

Claims that Ukraine is producing fakes to accuse Belarusian pilots of participating in Russia’s war against Ukraine are untrue.

On March 1 the Ukrainian Defense Ministry’s Intelligence Service published a list of Belarusian Air Force commanders involved in the bombing of Ukraine. Among the information published is a 2005 list of Air Force personnel which includes Marficky and Zhuravlevich. Marficky, then a colonel, was the commander of the 61st air base, Zhuravlevich was the deputy base commander for flight training. Zhuravlevich and Marficky were killed when their SU-27 fighter plane crashed during aerial acrobatics display at an air show in central Poland in August 2009. The pilots managed to steer the plane away from the crowd before crashing, for which they were awarded “for bravery” posthumously.

The published information on Belarusian pilots includes lists for subsequent years, 2016, 2021, 2022 and Marficky and Zhuravlevich are not on any of those lists.