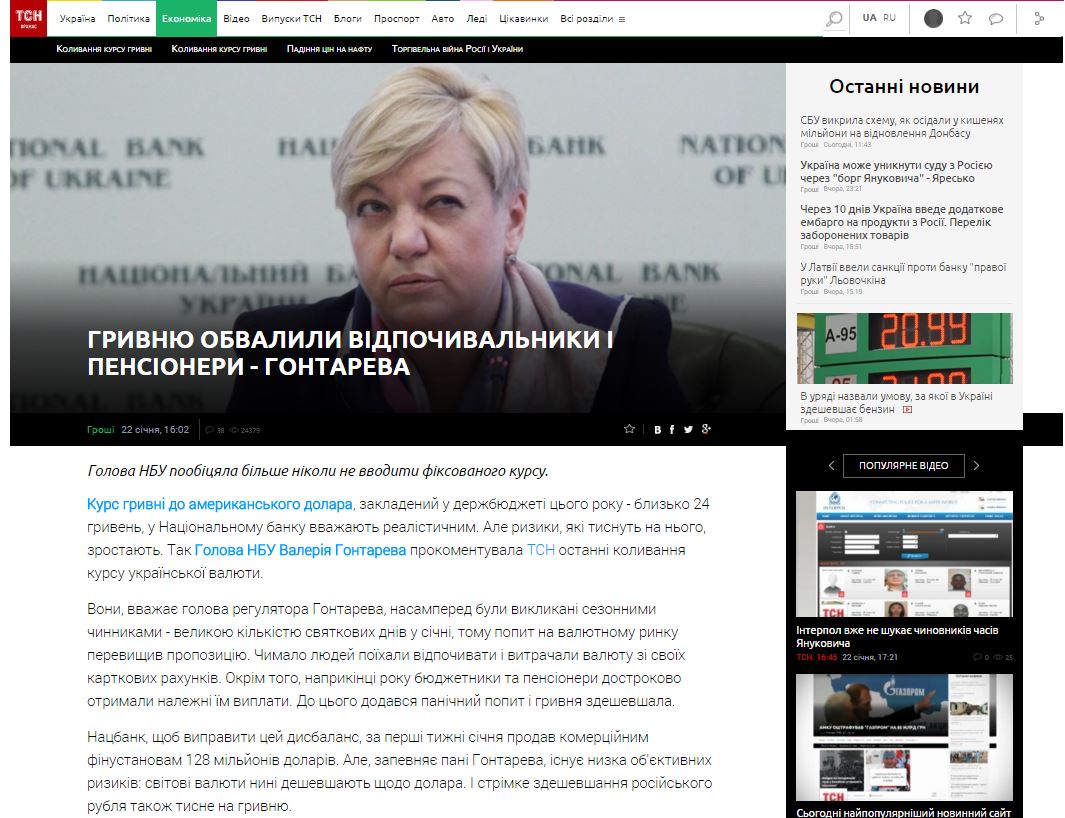 The Russian language news site Vesti.Versii.Sobytia published a story claiming that the head of Ukraine’s National Bank Valeria Hontareva accused the country’s pensioners of taking billions of dollars out of the country.

“Valeria Hontareva accused Ukrainians, who do not have enough money for food, of taking huge amounts of money out of the country” claims Vesti.Versii.Sobytia, and adds “according to Hontareva, many pensioners spent the January holidays in foreign resorts where they spent hard currency.

In fact Hontareva, in an interview with the TSN explained that the increased demand for hard currency over the last weeks was driven by several reasons: January had many holidays where people were spending money, many of them vacationed abroad and all social benefits were paid ahead of time at the end of December. Hontareva did not accuse pensioners of taking hard currency out of the country nor did she say that they vacationed abroad.