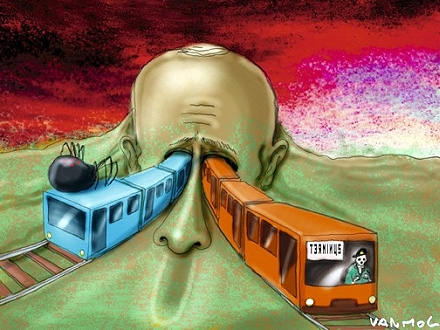 In fact, these works were published by Belgian newspaper Knack and English version of  The Korea Times (later, the works were also published in Indonesia), not by Charlie Hebdo. This caused a major iternational scandal in 2010.

Head editor of Knak apologised for the works. So did Koreans.