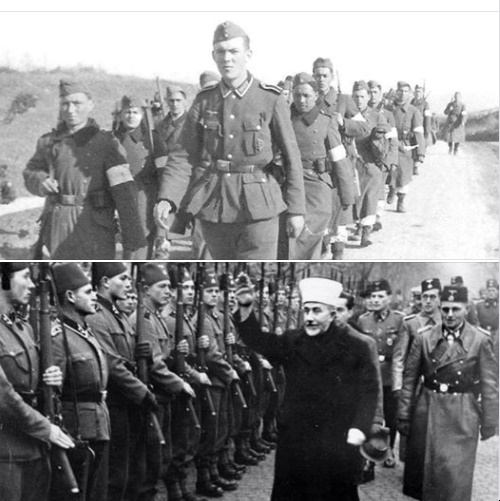 While Ukraine and Crimean Tatar Diasporas throughout the world commemorated Crimean Tatar Deportation Remembrance Day on May 18, Russian bots and trolls launched yet another fake about the reasons for the forcible ethnic cleansing of Crimean Tatars from their homes in Crimea in 1944. In posts absolutely seething with enmity and hatred, the criminal actions of the then Soviet government and its leader Joseph Stalin were completely whitewashed. “By deporting them, Stalin saved the Crimean Tatars from complete extermination, at the same time he violated Soviet law according to which traitors of the Motherland were to be shot, the haters explain.

The deportation of Crimean Tatars began on May 18, 1944 when NKVD troops carrying out a decree signed by Stalin sent the first train of indigenous Crimean people off to Central Asia. The official reason for the deportation was alleged collaboration with Nazi Germany and treason, during which the Crimean Tatars had allegedly “persecuted Soviet people brutally”. No evidence of these alleged crimes was provided. At this time also by Stalin’s decree, Greeks, Bulgarians, Armenians, Germans and other minorities were evicted from Crimea and their homes were settled by “trustworthy” Soviet citizens that Moscow resettled from other areas of the Soviet Union. During the main wave of the deportation, May 18-20, 1944 more than 180,000 Crimean Tatars were forcibly expelled from Crimea, in all more than 238,000 people were deported, nearly the entire Crimean Tatar population of the peninsula. Most of the deported Tatars ended up in Uzbekistan and neighboring regions of Kazakhstan and Tajikistan in so-called special settlements, which were in fact more like labor camps in. According to various estimates, 20-46% of all the deportees died from starvation, exhaustion and illness during the first three years of the relocation.

This unjustified aggression against the indigenous people of the Crimean peninsula has nothing to do with the “salvation” that Russian trolls write about; rather the deportation was a real genocide against Crimean Tatars by Stalin and his government. In their hateful denouncements the trolls forget to mention that even the Soviet Union recognized the Crimean Tatar deportation as repression and a serious crime of the Stalinist regime, this recognition was publicized in a 1989 official declaration of the USSR Supreme Soviet.

An official statement by the EU High Representative for Foreign Affairs on the anniversary of the deportation of Crimean Tatars says that presently, having occupied Ukraine’s Crimea Putin’s Russia continues the legacy of Stalin’s repression on the peninsula. “Crimean Tatars continue to face intimidation and harassment. After the illegal annexation of the Crimean peninsula by Russia, the rights of the Crimean Tatars were seriously violated as a result of the closure of Crimean Tatar media, a ban on the Crimean Tatar self-governing body Mejlis, and the persecution of its leaders and members of their community. In general, the human rights situation in Crimea has deteriorated significantly” the statement reads.