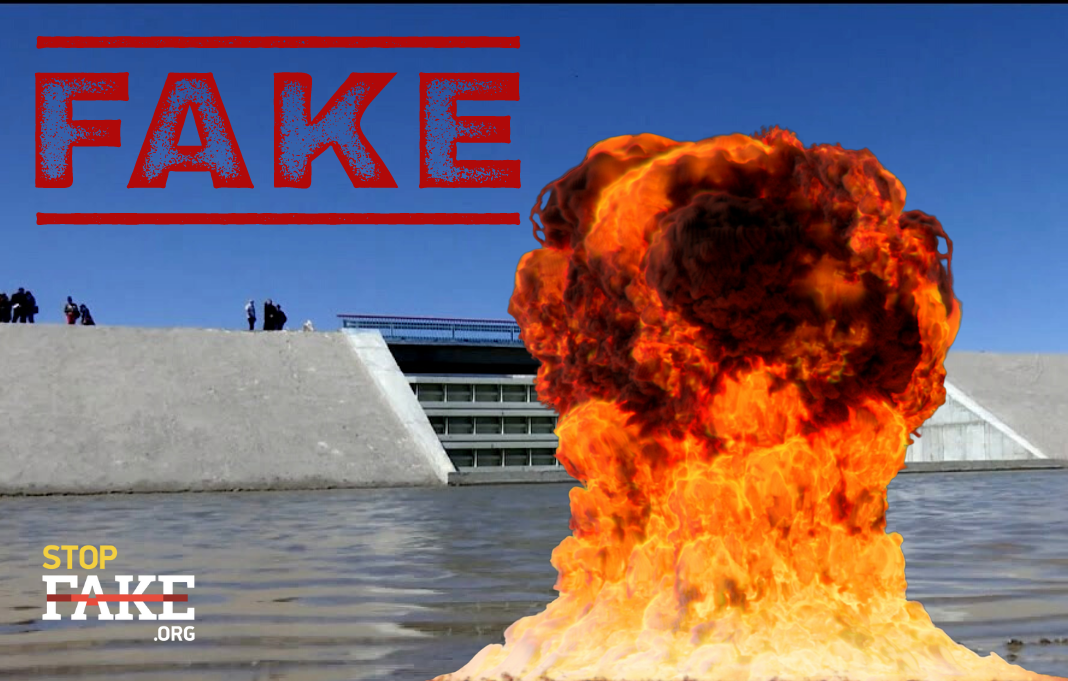 The photos used to illustrate this fake are not of the dam which actually cut off water supplies to Crimea. Tavriya Mayor Mykola Rizak said that the water blockade of Crimea was not lifted, and none of the preparatory processes to relaunch water supply to the occupied peninsula had not been done.

Social media and pro-Kremlin publications are reporting that Ukraine blew up a dam which was blocking water supplies to Crimea from the Dnipro River. “Water going to Crimea!” they write in texts accompanying the video purportedly showing the dam explosion.

In fact, the video shows a completely different dam, and not the one blocking the water supply to Crimea. Videos and images of the North Crimean Canal can be found on the internet, and they are quite different from the video circulated by pro-Kremlin propagandists.

Russian media are also claiming that water supplies to Crimea will resume soon.

This is also false information. In an interview with Ukraine’s First Channel Tavriya Mayor Mykola Rizak said:” In order to open up the dam and release water from the Dnipro river held in the Kakhovka reservoir into the North Crimean channel, several preparatory steps must be taken, No one has taken these steps. This is not as simple as some imagine.”