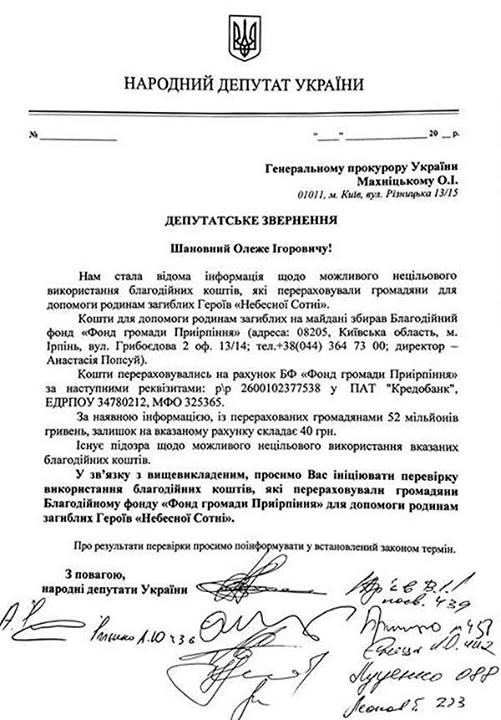 Multiple Russian websites, including that of Komsomolskaya Pravda (Eng: Komsomol Truth), informed of a scandal in Ukraine; allegedly, there was a disappearance of donations that had been made for the families and relatives of the Heavenly Hundred. (This is how Euro-Maidan victims are called in Kiev.)

The given information is also spreading through social media networks. The authors refer to documents and statements of an MP of the Supreme Council of Ukraine, Volodymyr Ariev. According to a statement of his, he was approached by leaders of the Maidan, who claimed that Community Foundation “Pryirpinnya” executed a questionable manipulation of funds, which were received by them from all over Ukraine.

According to the leaders, the fund director, Anastasia Popsuy, supposedly left only 40 UAH on the balance, out of a collected 52 million UAH.