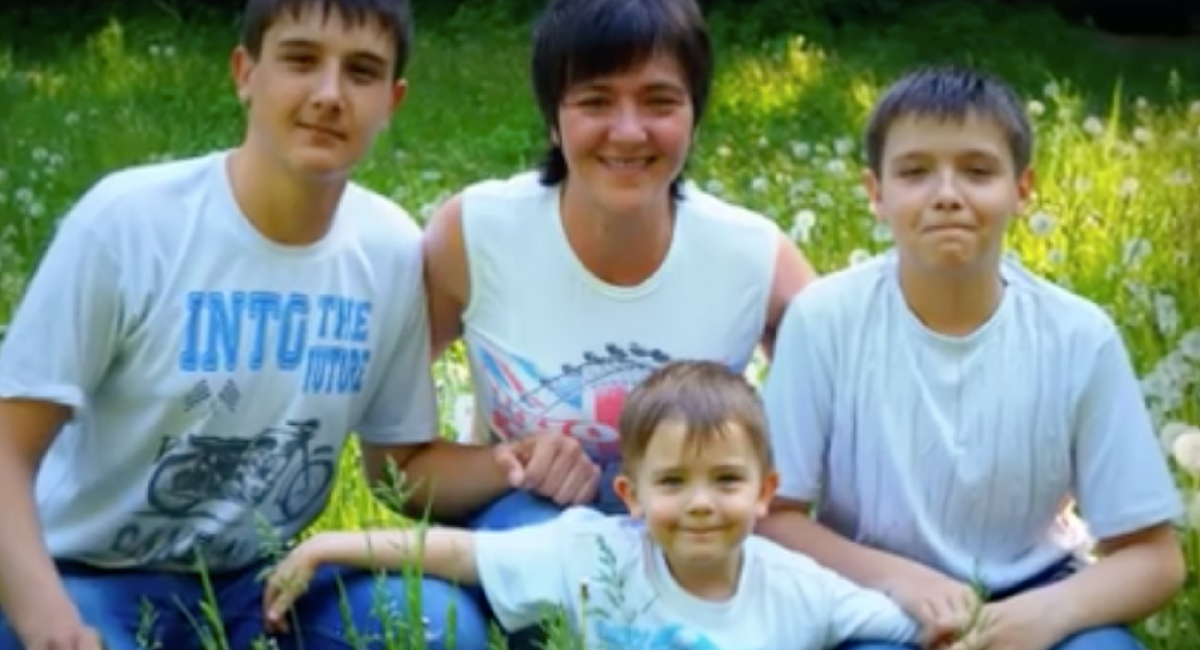 Scores of Russian media featured stories this week claiming that a man displaced by the war in Donbas currently living in the small northern Ukrainian town of Buymer in Sumy province was attacked for speaking Russian. As a result of the attack, the man allegedly suffered a torn mouth. Russia’s Defense Ministry’s organ Zvezda, Komsomolskaya Pravda ad Life all featured this glaring fake.

The source of this story was a report on the local Sumy ATV television station. The station’s director Serhiy Klochno posted a video report of this alleged incident on his Facebook page. Klochno tells the story of Vyacheslav Rozhkov, a retired miner from Donbas who moved to Buymer because of the war in eastern Ukraine.

Allegedly on June 2 a fight ensued outside the local grocery store resulting in Rozhkov requiring stitches to the corner of his mouth. There is no mention of the Russian language being the cause of the alleged fracas until Lidia Rozhkova, the victim’s wife appears in the video report. She claims Buymer residents objected to Rozhkov speaking Russian, beat him and even rode a vehicle over him several times.

This is how Buymer residents want to teach Ukrainian to an immigrant from Donetsk, by tearing a man’s mouth. Now women are too afraid to go out alone, fearing retribution, Klochno editorializes in his video report.

Meanwhile, witnesses. the local police and Rozhkov himself tell a somewhat different story. Vitaliy Razbeyko, the deputy police chief investigating the incident says it was nothing more than an alcohol-fuelled fight. The stories being told by Rozhkov’s wife are simply not true, Rozhkov has no complaints and doesn’t want to be bothered, Razbeyko said.

Buymer mayor Viacheslav Komyshansky  confirms the police version  of events and says this was an altercation between two drunk men, one hit the other, afterwards they made up.

Rozhkov meanwhile says there was no fight at all.

StopFake called the alleged victim and asked him if he was attacked for speaking Russian.

“There was no fight. I simple fell in the cellar” he said.

While there is no definitive account of something that was probably just a drunken brawl, neither the injured manor the authorities say language issues were involved. As the Sumy region is heavily Russian-speaking, it is difficult to imagine locals objecting  to someone using the language.