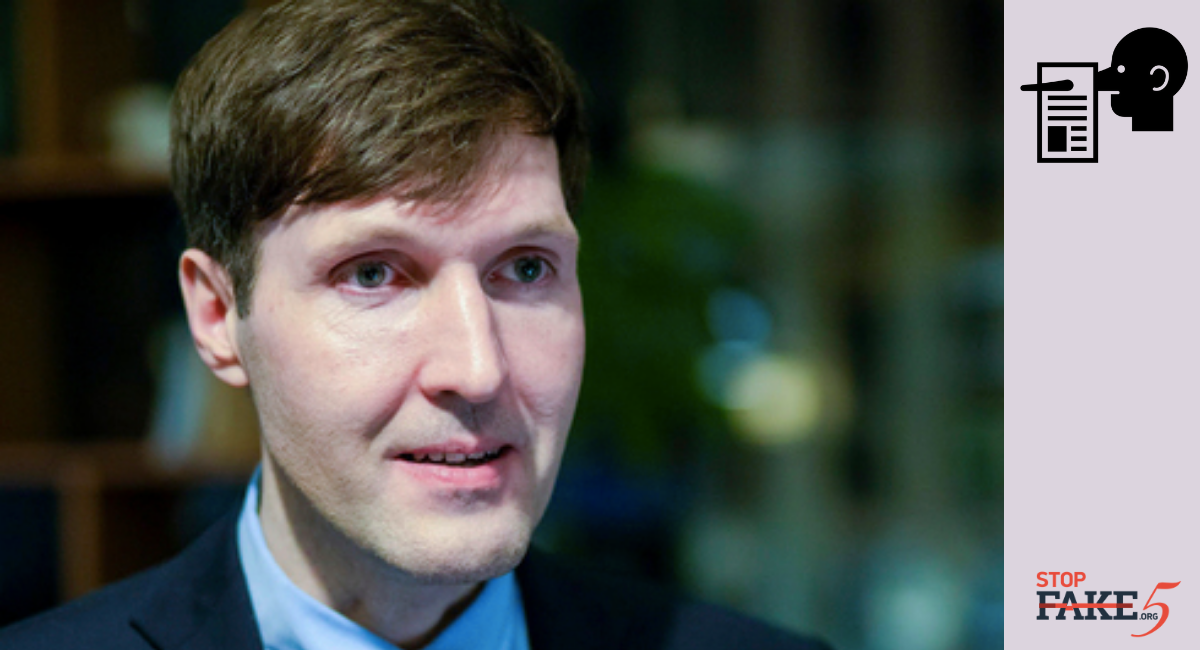 The pro-Kremlin site Lenta.ru featured a story this week claiming that an influx of migrants from Ukraine to Estonia might lead to Estonians becoming a minority in their own country. The source for this prediction is Martin Helme, the leader of the far right Conservative People’s Party, or EKRE, which rode anti-immigrant sentiments during elections in March to win 19 seats in the Estonian parliament. Other Russian media quickly picked up the story. While Ukrainians are among the leaders of labor migration to Estonia, the numbers are relatively small. Estonia’s far right claims are some 20,000 Ukrainian labor migrants in the country, while Estonia’s Interior Ministry maintains there are no more than 5,600 Ukrainians who annually seek employment in Estonia. 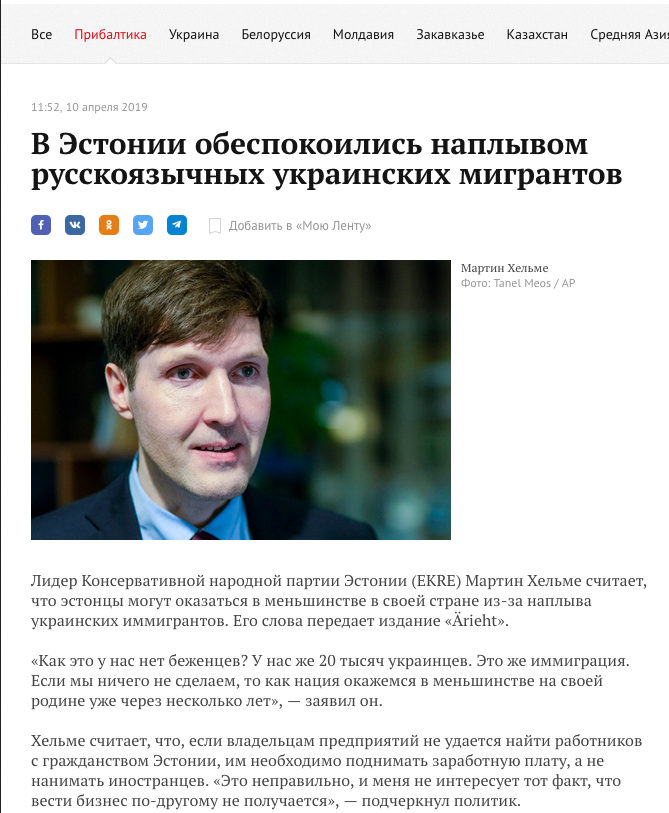 “We already have 20 thousand Ukrainians. This is immigration. If we do nothing, then as a nation we will find ourselves in the minority in our own homeland within a few years,” Martin Helme said.

Helme has become quite notorious with such racist pronouncements as “If it’s a black, show him the door” and “I want Estonia to be a white country”.

Helme’s statements reflect his personal views and the views of the Conservative People’s Party; they do not reflect the position of the Estonian government. Furthermore, the figures Helme refers to are inaccurate.

According to the World Bank in 2017 the population of Estonia was 1,315,480. Recently that number has grown thanks to immigration. According to Estonia’s Official Statistics Office, the country’s population grew by nearly 5,000 in 2018. Besides immigration, other the reasons for the growth are an increased birth rate and longer life expectancy.

Estonia’s Statistics Office notes that while almost half of the people who immigrated to Estonia were citizens of Russia, Ukraine and Latvia, this does not lead to the

conclusion that Estonians will soon be a minority.

According to official Estonian data, in 2018 23,310 Ukrainians lived in Estonia. This constitutes 1.76% of the country’s total population.

Martin Helm did not explain why the influx of Ukrainians is such an awful prospect for him, particularly as the real numbers are much smaller than what he claims.

In a March interview with Tim Sebastian on Deutsche Welle’s Conflict Zone program, Sebastian pointed out that according to Estonian Interior Minister Katri Raik, the real number of Ukrainians who arrived in Estonia in 2018 is 5,600.