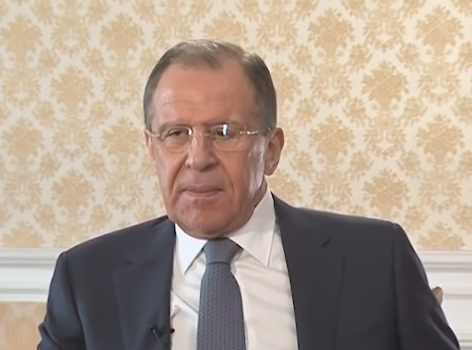 Lavrov said: “As I understand, presently Dmitry Yarosh has become an adviser of the Supreme Commander-in Chief, in other words of Petro Poroshenko. This [Yarosh] is the person who said even on March 1, 2015, that the Russians will never need to speak Ukrainian; he won’t respect Greco-catholic beliefs; he won’t glorify Stepan Bandera. He said it about Crimea and therefore [he believes] Russians shouldn’t be there. Firstly, it is the ‘message’ sent to Crimeans and other Russian-speaking residents of Ukraine before events began with the so-called ‘separatism.’ Secondly, [it is now Yarosh who] will give advice now to the President of Ukraine.”

The truth is that Yarosh was actually appointed as an adviser to the Chief of the Armed Forces of Ukraine (AFU). He reports to Viktor Muzhenko, Chief of the General Staff; and this was reported on the Ukrainian Defense Ministry’s website. Poroshenko did not appoint appoint Yarosh.