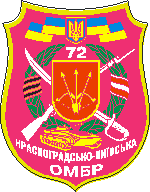 On August 4, several Russian mass-media sources, including “Russia 24”, “RT”, “LifeNews”, “Izvestiya” and others, reported that after fighting with separatists near Kraznopartyzansk of Luhansk region, Ukrainian soldiers and border guards moved to the territory of the Russian Federation, purportedly laid down arms, deserted from the Ukrainian Army, and asked for asylum in Russia.

[Title: hundreds of Ukrainian soldiers laid down arms and are asking for asylum in Russia.

Fighters of the National Guard of Ukraine are en mass deserting from the front-rank, showing confusion and chaos reigning in the “army of oligarchs”.]

In reality, Ukrainian soldiers did not desert and did not express desire to stay on the territory of Russia.

They indeed crossed the border between Ukraine and Russia. However, the reason for the border crossing was not desertion, but retreat during military operations. Ukrainian soldiers were besieged and, as a result, were not supplied with food and military reinforcement for an extended period of time. All attempts to negotiate with separatists and break through to the territory of Ukraine were unsuccessful. Ukrainian soldiers had to resort to help from Organization for Security and Co-operation in Europe (OSCE) Observer Mission (OM).

The latest update from OSCE Observer Mission says the following on this situation verbatim:

“On 1-2 August the OSCE Observer Mission received calls from officers of the 72nd mechanized infantry brigade who claimed that around 600 Ukrainian servicemen were surrounded by separatists and left without ammunition, fuel and food. According to them, negotiations with the separatists to open a passageway had failed. The officers asked for the OM’s [Observer Mission] assistance in facilitating the transfer at the BCP [border crossing point] and reached out to their leadership in the Ukrainian Ministry of Defence to accept this option. The OM relayed the information to the RF [Russian Federation] authorities to permit the safe transfer and received agreement.”

“On 2 August, 12 servicemen of the 72nd brigade crossed the border through the Gukovo BCP at 22:00. They were subsequently brought to a transit facility.”

“From 00:45 to 10:20 on 4 August, a total of 437 servicemen (including 147 border guards) crossed into the RF in well-organized waves of 100 and were transferred to the transit facility. The wounded servicemen were given first aid and were sent by ambulance to hospital.”

“At 15:00 on 4 August, the OM met with the Gukovo BCP commander and the regional border commander. The OM enquired about the transfer of the servicemen from RF to Ukraine and learned that 192 were already on their way by bus to Ukraine and that the others would follow in the next bus. The Observer Mission also enquired about any asylum request and none was reported.”

Journalists, who were present at the place of these events, also confirm the above-mentioned information.

For instance, the “BBC Russia” reporter wrote that all Ukrainian soldiers, with whom he spoke, did not express desire to remain on the territory of Russia and had no intention to request asylum.

Ukrainian journalist, Andrey Tsaplienko, also confirmed information stated in the OSCE update. He wrote on these events on his Facebook page:

“Another grave news story from this morning. Using fire from tanks and artillery, the separatists hitmen dislodged part of the seventy-second brigade and around hundred and fifty of our border guards to the Russian territory. Fire at night lasted for four hours. Currently, our fighters are located in the area of Gukovo and they are negotiating with OSCE observers. The border crossing point Chervonopartyzans’k [Krasnopartyzansk] is completely destroyed. They had nothing to respond to the fire from [separatists’] tanks. Ammunition was running out. “Fought back to the last with essentially bare hands,” – said by the phone one of the border guard officers. As usual, Russian TV news arrived instantly, having time to report that purportedly our [Ukrainian soldiers and border guards] sided with Russia. But that’s not true. Actually, they were forcefully driven there. Attention! These are new tactics from Russians: dislodge our battleworthy units to the Russian territory and using television produce an effect of betrayal and violation of [military] oath.”