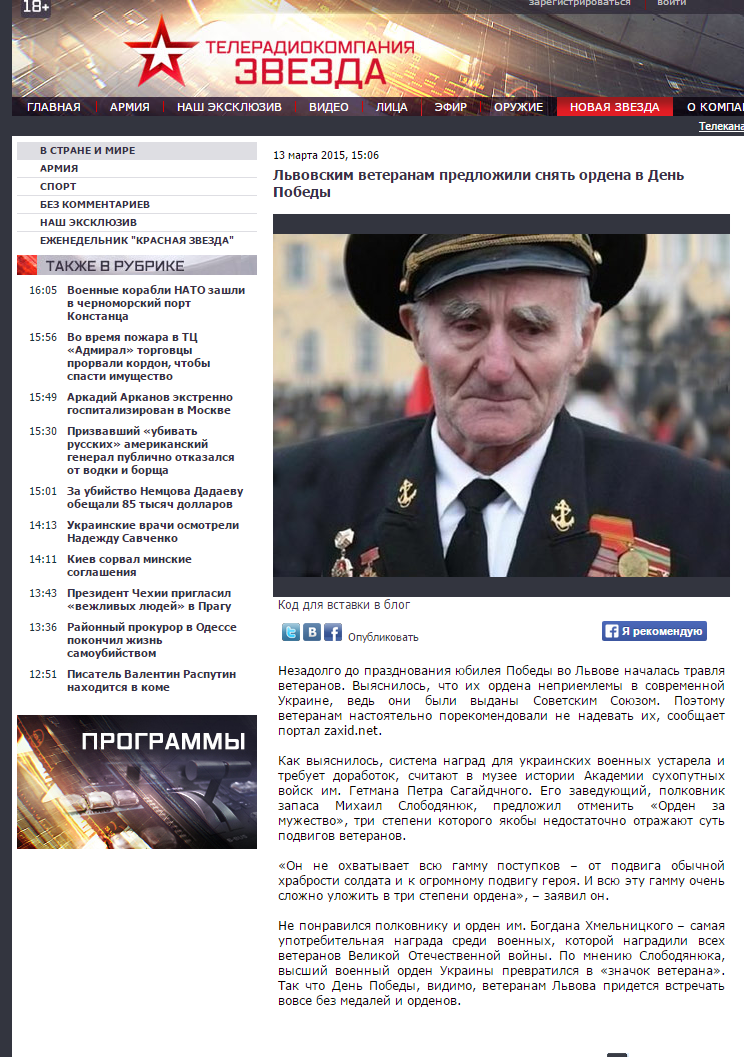 On March 13, the website for the Russian Ministry of Defense’s television channel Zvezda incorrectly reported that World War II veterans living in Lviv had been advised not to wear their medals on May 9, Victory Day, for safety reasons. It also reported – again incorrectly – that an administrator at the Historical Museum of the Petro Sahaidachnyi Army Academy of Ukraine, Reserve Colonel Mykhailo Slobodianiuk, had proposed annulling the Order for Courage.

Slobodianiuk, however, said nothing about annulling the Order, but rather of adding more grades to it. At a press conference on March 11, he said: “At the present moment we have three grades of the Order for Courage, but heroic deeds are very different: from a usual solder’s bravery to a great deed of a hero. It is quite difficult to assess this range of deeds by three grades. That’s why, in compliance with the European tradition, we propose to add more grades – two medal grades, for example. The deeds, which are not covered by the Order, will be awarded by Medals for Courage.”

Several mass media, including Vholos, zik, and Radio Svoboda, reported on the press conference. However, we can find no media (other than Zvezda) reporting that Lviv veterans had been advised not to wear their medals on Victory Day.