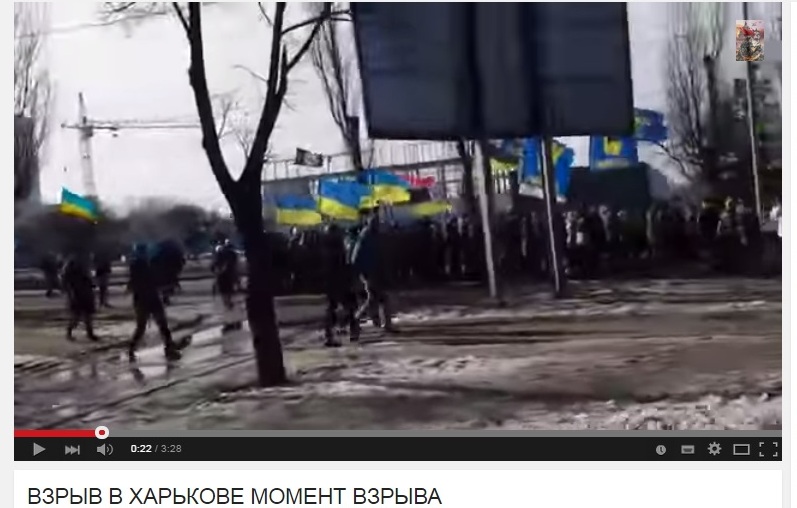 While reporting about a bomb attack in Kharkiv on February 23, 2015, some Russian media (segodnia.ru, riafan.ru) claimed that the bomb had detonated “just when the marchers called out ‘Death to Moskals!’” (“Moskal” is a pejorative term for “Russian.”)

The “Death to Moskals!” story was then disseminated via social networks.

However these reports made no reference to a video that was actually taken at the moment of the explosion. Here, we can see what in fact the marchers were shouting was “Glory to Ukraine!” and “Glory to Heroes!”