Russian Defense Ministry’s television channel Zvezda published a story on its web site claiming that Ukraine is killing its citizens by depriving them of medical help. Twisting the truth and manipulating quotes and figures Zvezda criticizes Ukraine’s Health Ministry and the reforms that acting Health Minister Ulana Suprun is enacting.

The fake story was dutifully reprinted by Ukraina.ru, Rambler Novosti, Informburo and other Russian media.

Zvezda criticizes the Ukrainian Health Ministry for banning drugs manufactured in Russia and in the occupied Donbas territories, claiming they constitute such a large amount of the drugs market in Ukraine that their absence will quite literally cause the deaths of many people. 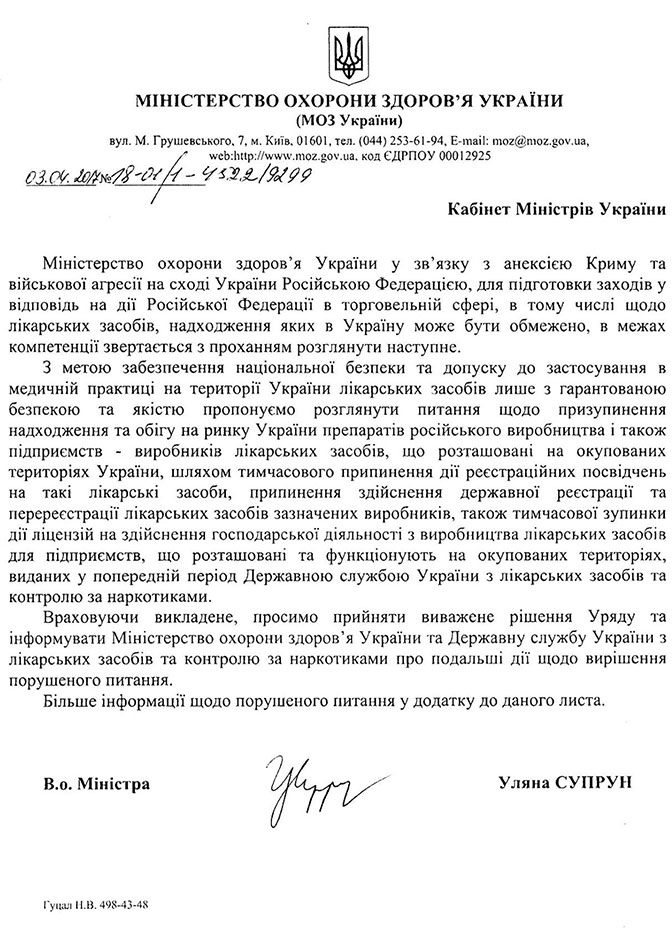 Russia’s Defense Ministry TV channel then goes on to question the qualifications of acting Health Minister Ulana Suprun, calling her incompetent and unqualified to head the Ministry and claiming she was appointed health minister because of her participation in nationalist organizations.  The Health Ministry site features a Minister Suprun’s education and professional experience.

Upon completing the University of Michigan medical school, Ms. Suprun continued her residency in radiology and later established a radiology practice. She specializes in women’s health diagnostic radiology. She founded Ukraine’s School of rehabilitation medicine at the Ukrainian Catholic University and is the director of Ukrainian World Congress Humanitarian Programs.