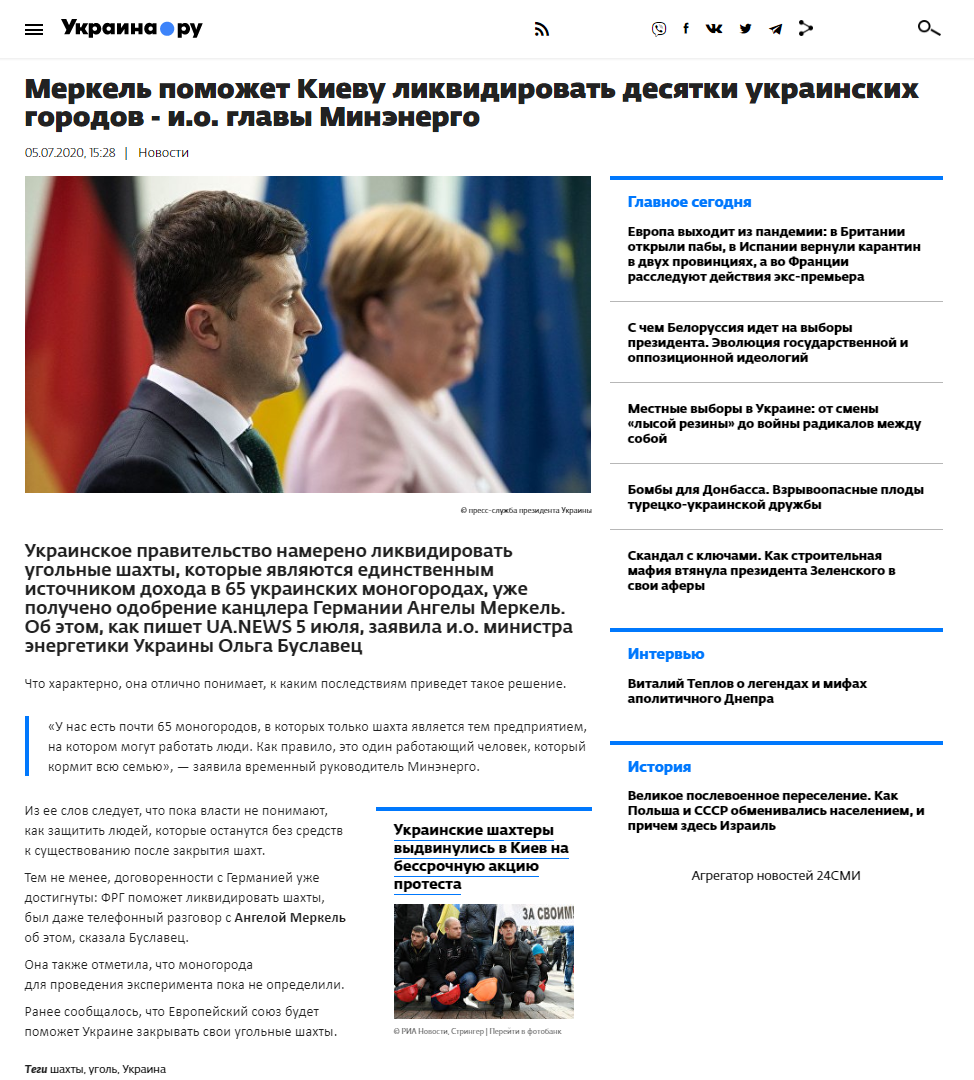 Russian propagandist publication Ukraina.ru claims that under the approval of German Chancellor Angela Merkel, the Ukrainian government intends to eliminate coal mines, the only source of income in 65 Ukrainian cities.

Such news could really be very frightening for the residents of Donetsk and Luhansk regions, where mines are the only source of subsistence. The claim however is completely false. There are no plans to close down coal mines in eastern Ukraine and Angela Merkel is not involved.

The source of Ukraina.ru’s fake claim is a Radio Liberty interview with the Acting Energy Minister Olha Buslavets, who said that a pilot project to close certain mines does exist. However the project concerns only one single-industry town.

“I’ve had negotiations with the German ambassador to Ukraine as part of a pilot project using German experience in closing the mines of a single-industry town,” said Buslavets.

Also, the project does not involve the liquidation of a city, as Ukraina.ru’s fake story claims, but addresses social and environmental issues, and job creation Buslavets explained.

Claiming that Angela Merkel approves the closing of Ukrainian coal mines is both distorted and manipulative.

German experts only provide advice on the how to transform the the coal industry in a manner that is painless for society and the economy.

Germany passed a law on stopping the use of coal in the country by 2038. Coal use for energy production will cease in Germany in 2035. Coal fired power plants and their dependent regions will receive financial compensation.